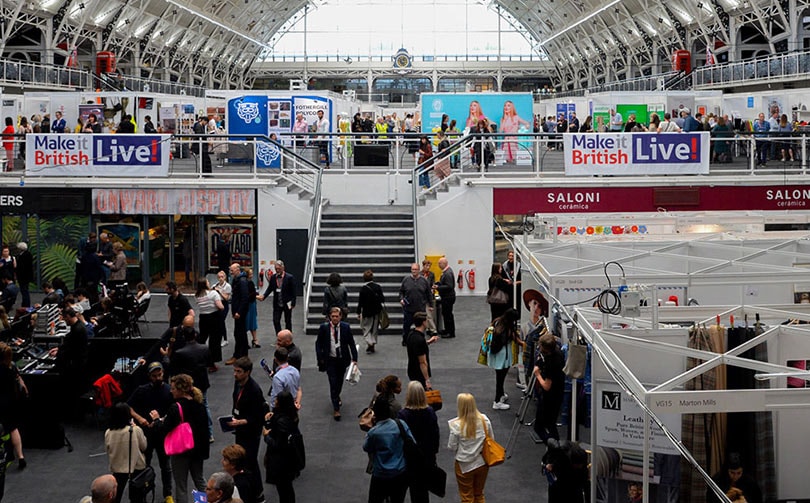 Make it British trade show postponed due to coronavirus

UK manufacturing and sourcing trade show Make it British Live, has confirmed that it is postponing its event until further notice, due to Covid-19 being declared a pandemic.

The show was due to take place on March 17 and 18 at the Business Design Centre in London, showcasing the best of British manufacturers and producers of textiles, clothing and homeware.

In a statement, organisers said it has been a “heart-wrenching decision” but felt that in light of recent developments of Covid-19 and conversations with many of its exhibitors and visitors that it was the “right thing to do to protect those that we all hold dearest”.

Make it British founder Kate Hills, explained: “The number of cases in the UK is rising and is expected to increase dramatically over the coming days and this makes us deeply concerned about the risk of contamination to our exhibitors, visitors and their families, by making the trip to the event next week.

"This is not a decision we have taken lightly and we have tried hard not to do this, but we no longer feel that the decision to keep 'business as usual' is in line with worldwide medical developments. By the time the event is due to take place we will be in the midst of a national emergency. Whilst we really want to continue with the event, we believe the right thing to do is to make this decision now to give enough time for everyone to cancel travel arrangements or hotels.”

The event, which offers visitors the opportunity to experience the entire supply chain, from sewing factories to fabric mills, printers, and machinery suppliers, as well as support and advice from others that manufacture locally, has confirmed that they are planning a virtual expo towards the end of May, which will include everything that the live event planned, including the conference, networking and workshops.

Hills added: “However, we know people need UK manufacturers now, more than ever. So we are planning the Make it British Virtual Expo which will take place online at the end of May.

“The virtual event will include everything that the live event does, including the conference, the networking and the workshops. Each exhibitor will have their own virtual booth that they will be able to ‘man’ for the duration of the show using a webcam that can be attached to any computer.

“Since we’ll be bringing Make it British Live! to visitors, instead of visitors having to come to a venue, some of our international visitors, who might not otherwise have been able to attend, will now also be able to ‘visit’ the show, meet the exhibitors, watch the talks and network with other visitors. And since there’s no longer any need to travel, exhibitors will be able to display a greater range of products and include more people from their teams than otherwise possible.

“This virtual expo model, and the software platform that we have chosen for it, has already proven to be successful for other large events and we are confident that it will give you the platform that UK manufacturers and British-made brands rightly deserve.”

All visitor tickets will automatically be transferred to the virtual expo in May as well as being redeemable against tickets for a re-scheduled live show.

Image: courtesy of Make it British