Florence - Unisex brand Telfar, the special project at this season’s Pitti Uomo trade fair, showed off its latest looks on Thursday evening, bringing its concepts of fluid and ‘simplex’ (simple + complex) fashion to the Palazzo Corsini in Florence, Italy.

For his AW20 collection, the New York-born designer combined baroque ornament and silhouette with humble material and form. The cast entered into the great hall of the palace, stepping onto and making their way around a giant, circular dining table upon which the remnants of a Baroque banquet were strewn, before making their way through the grand halls of the expansive building. 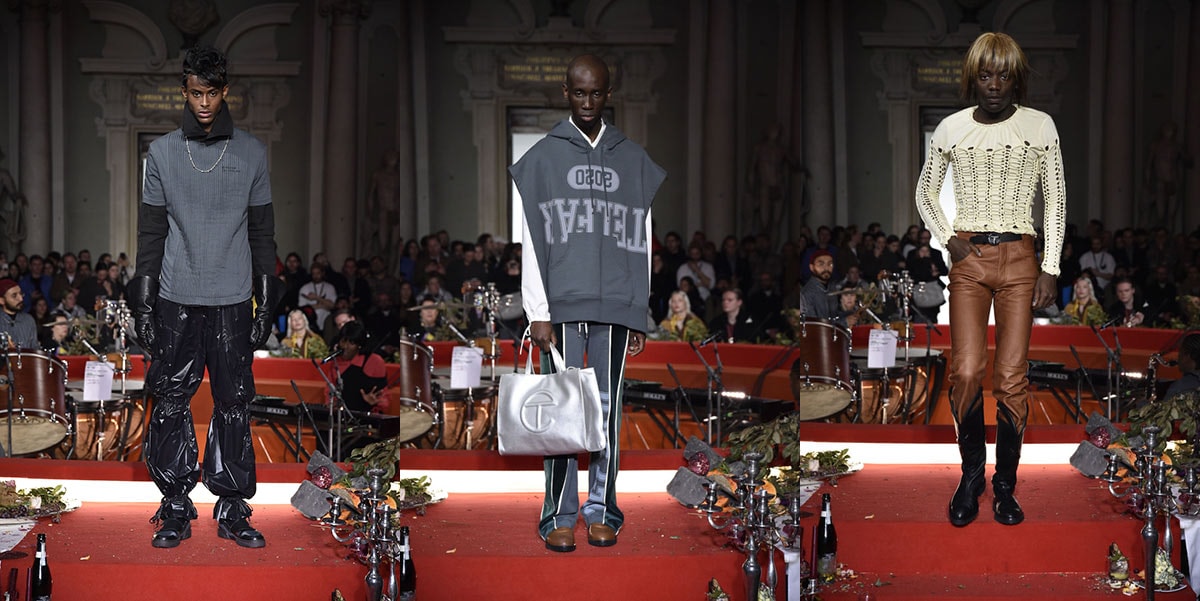 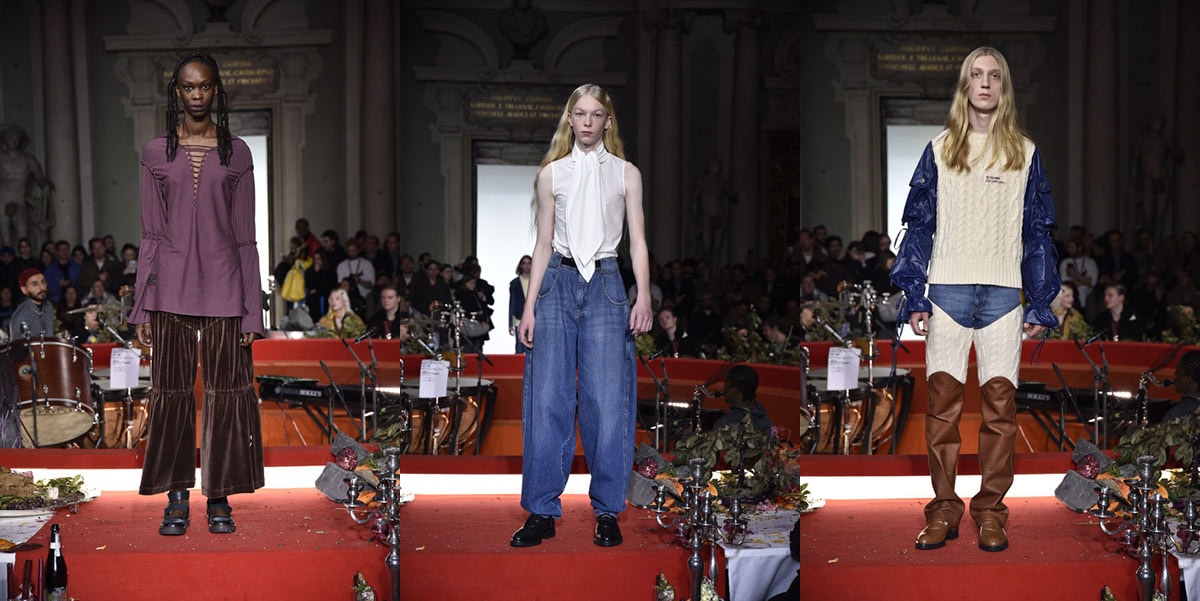 The cast donned t-shirts braided at the seams and pleated like Victorian nightshirts, with lacing at the chest or scarfed at the neck, waist or calf. Quilted puff and moto details strap medieval armor across denim, leather and nylon, while peasant peplums were rendered in gem-stone velours and leather.

“Telfar Clemens is one of the most interesting figures on the contemporary scene,” said Lapo Cianchi, director of communication and special events at Pitti Immagine. “For fifteen years, he has been promoting with tenacity an idea of inclusive and accessible fashion and business, with a project in which there is an unexpected blending of aesthetics, art, genre identity and functionality. We are happy to offer him the opportunity to present himself to the Pitti Uomo community, and I am sure that the event in Florence will provide further meaning to a message that is already strong and vibrant.” 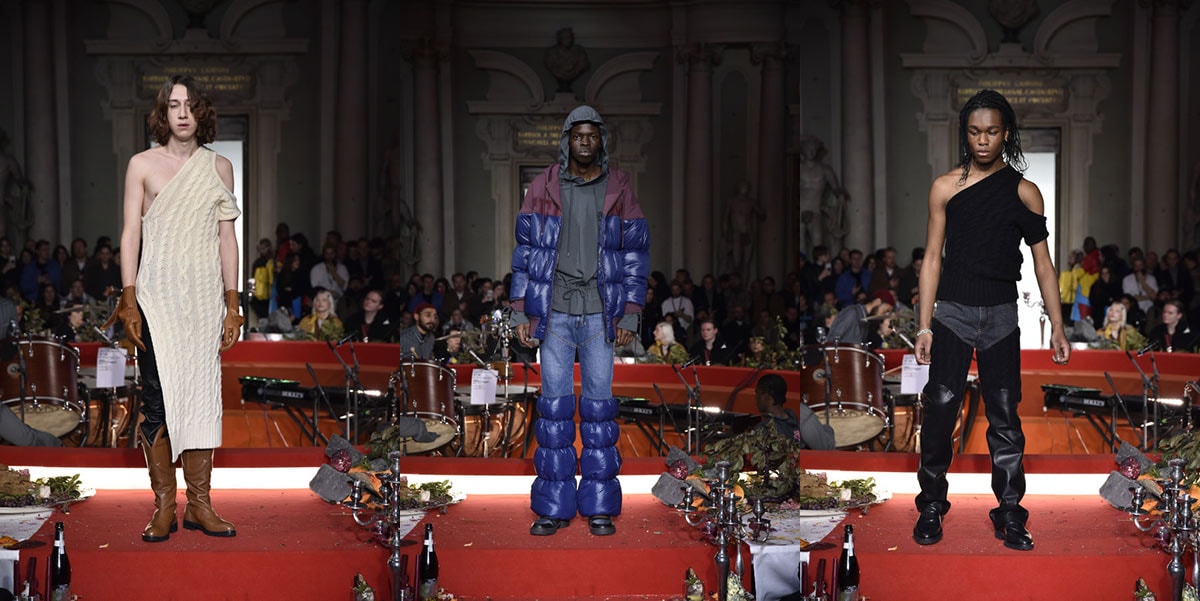 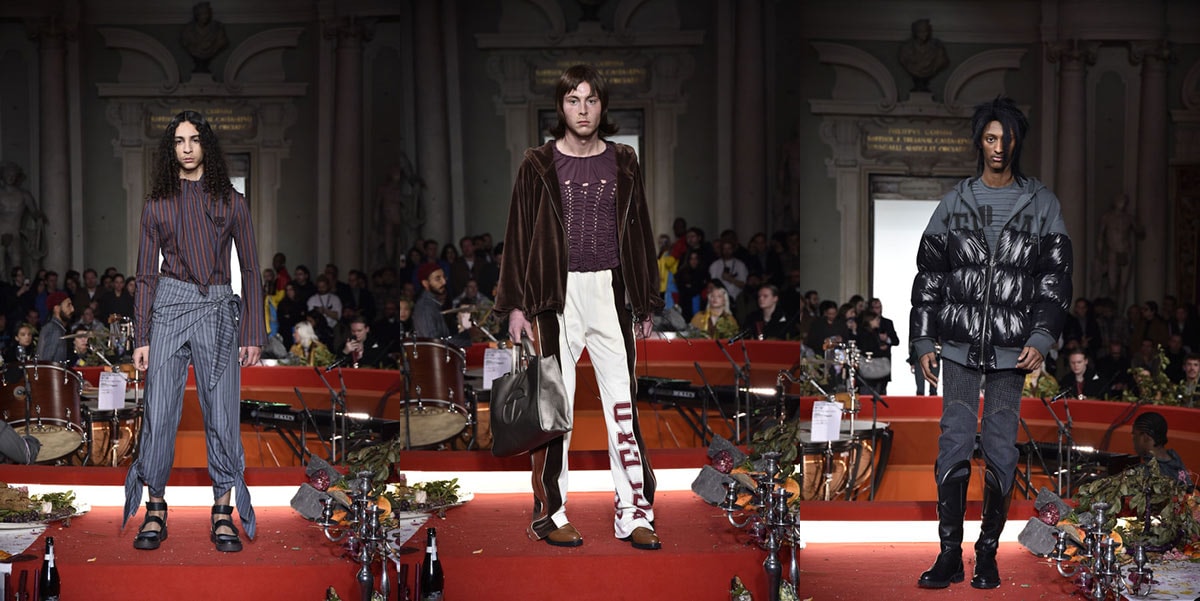 Telfar Clemens founded his eponymous brand in 2005. Born in Queens, New York, he spent part of his childhood in Liberia, before moving to the US with his parents. He began designing and making his own clothes while still in high school because he couldn’t find what he was looking for in stores.

In 2003, the designer began creating his own collection of deconstructed and reconstructed garments which he sold in New York City at the Lower East Side and Soho boutiques, before launching his own 100 percent unisex fashion label, Telfar, in 2005, showing in downtown galleries and clubs. 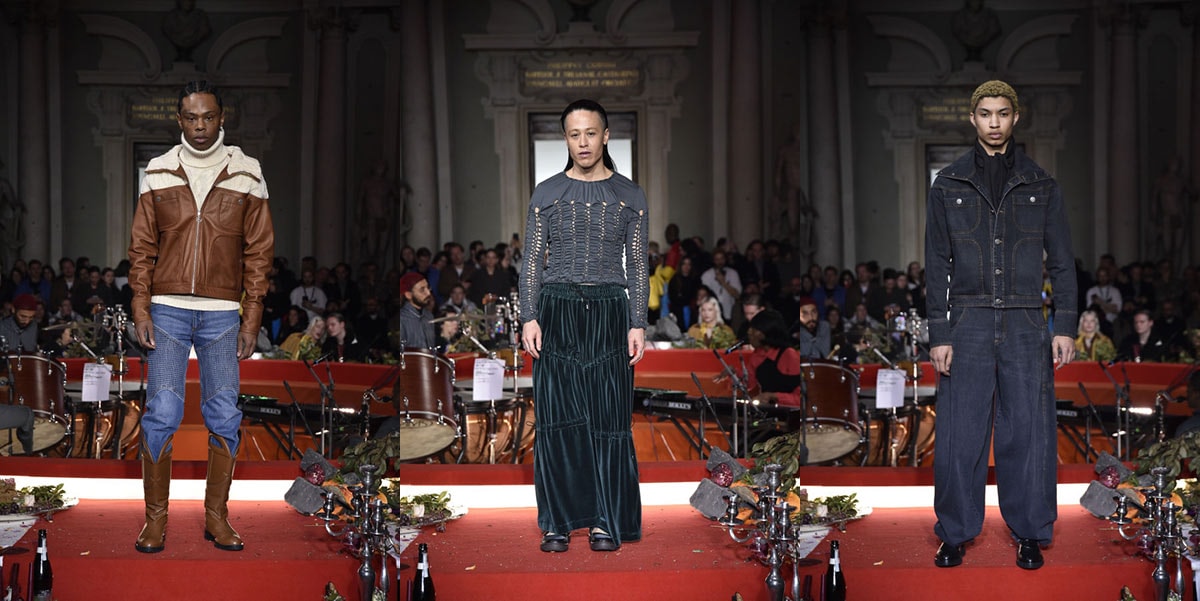 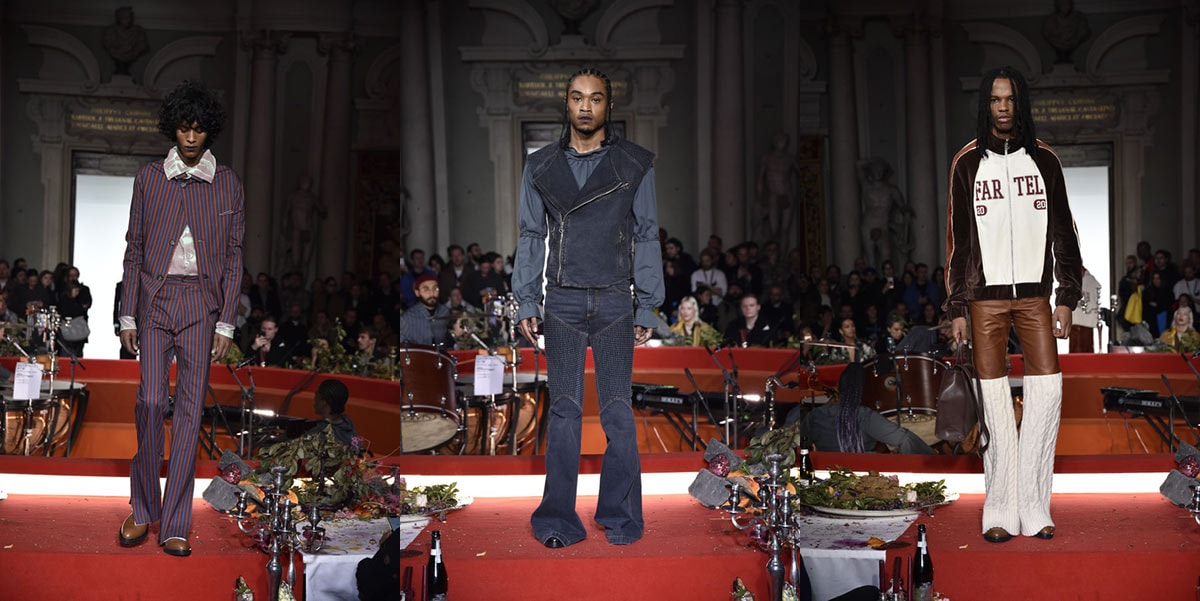 The designer also showed in museums around the world including the Guggenheim and New Museum, NY, and had a 10 years retrospective at the IXth Berlin Biennale for Contemporary Art. In 2017, he won the CFDA / Vogue Fashion Fund award, and his clothes are now sold internationally at stores like Galleries Lafayette in Paris and Dover Street Market in London.

Telfar’s AW20 collection shown in Florence was presented with creative director Babak Radboy and was in partnership with Slam Jam.