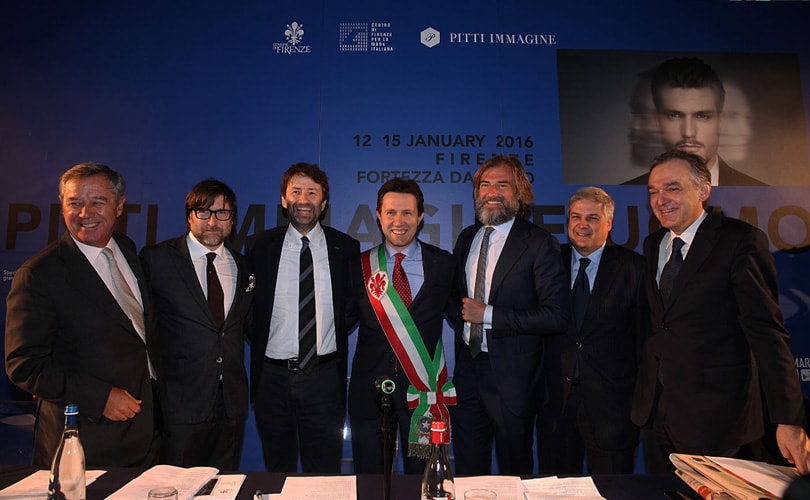 Pitti Uomo kicks off on a positive note

“I want to open all Italian places of beauty to fashion, without the barriers of ideology or snobbism, because they are two pieces of our national identity and this is an ace up the sleeve of Italian fashion competitiveness,” said the Italian Minister for Cultural Heritage, Dario Franceschini at the inauguration of the 89th edition of Pitti Immagine Uomo, the menswear trade fair in Florence.

The trade fair kicked off to a positive start on Tuesday, with news that the Italian fashion industry is expected to end 2015 with a 1.4 percent increase in revenues, which is predicted to be followed by a 2.5 percent increase during the first half of 2016, according to the Italian Chamber of Fashion recent Economic trends. Men’s wear in particular showed signs of modest growth in 2015, according to data from the Sistema Moda Italia, with turnover expected to have grown 1.8 percent to close to 9 billion euros. 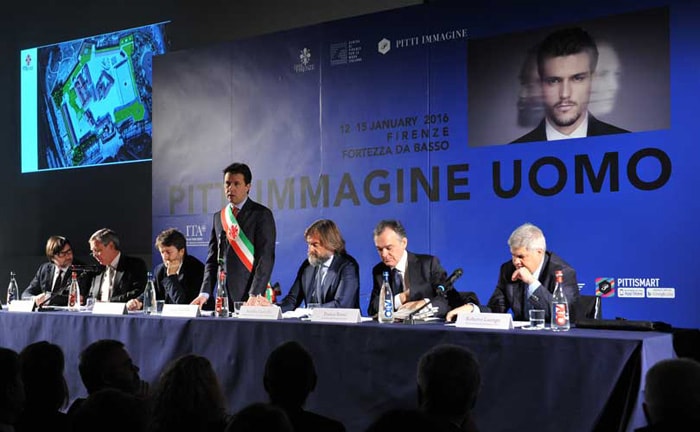 With over 1,200 brands from around the global showing their collections at Pitti Uomo, the city’s mayor, Dario Nardella and president of the Florence Centre for Italian Fashion, Andrea Cavicchi, praised the city’s growing international role and upcoming investment in its infrastructure during the trade fair’s official inauguration, which was held at the Palazzo Vecchio in Florence. At the same time minister Franceschini stressed the growing need for a “a pact between the world of fashion and the world of culture.”

With culture and economic development being one of the main focal points of the opening of Pitti Uomo, together with an embracement of contemporary fashion, the culture of fashion and beauty as well as creativity and tourism, Franceschini announced the signing of an agreement between the Uffizi Gallery Management and Pitti Immagine Discovery - the foundation consisting of Pitti Immagine and the Florence Centre for Italian Fashion - to support an ongoing dialogue between the fashion industry and the city’s culture in order to enhance the acceptance of new generations within the system. 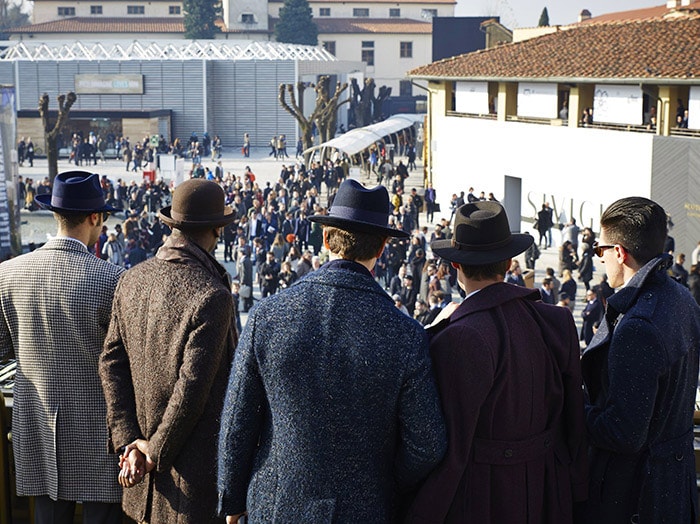 One of the aims of this new agreement is to launch a three-year programme of cultural exhibitions of contemporary fashion, to be held in the Palazzo Pitti museums, depending on the Palazzo’s ordinary museum and exhibition activity. However, additional details regarding the new agreement are said to to be announced over the next coming weeks. “This is a fundamental passage in relationships between our group and Italy’s national cultural and museum institutions”, comment both Cavicchi and Gaetano Marzotto, president of Pitti Immagine.

“But above all it is excellent news for development prospects for a serious programme of fashion culture in Italy”.
pitti uomo pitti immagine florence tradefair