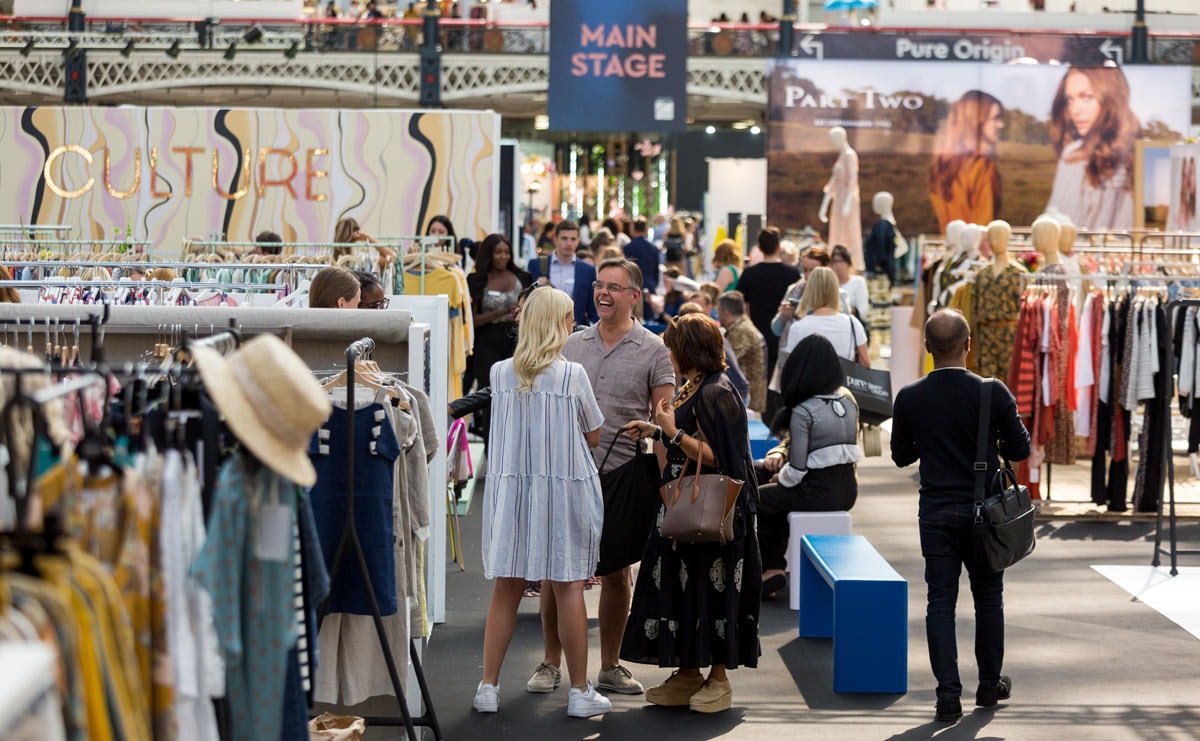 That's a wrap for Pure London: Highlights from the SS20 edition

London - Leading British fashion trade fair Pure London was back this week, with over 800 brands spanning womenswear, menswear, childrenswear, footwear and accessories descending on the UK capital to showcase their latest collections. 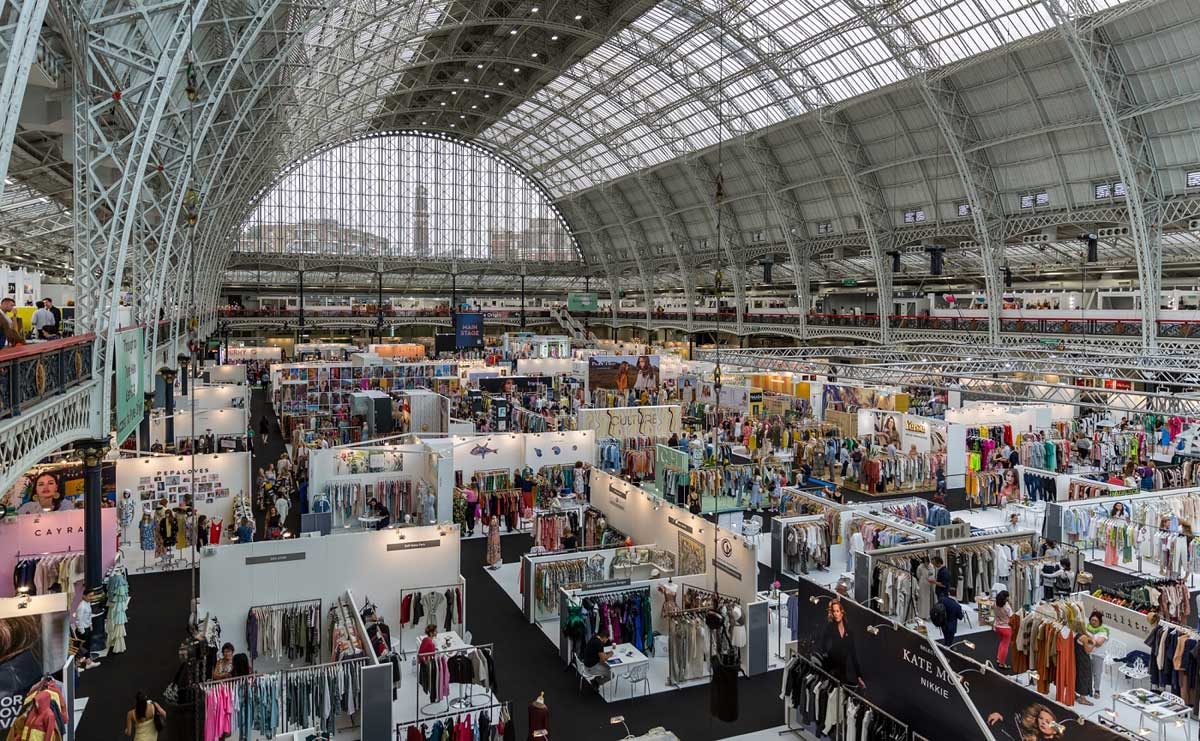 While the event started somewhat slowly on Sunday, the pace picked up over the three days. Stina Andersson, European sales manager at Danish fashion brand Sofie Schnoor, said the show had been an overall success. “We’ve seen a lot of traffic and have been really happy with the event,” she said, adding that it had been on par with recent trade fairs the brand had attended in Berlin and Paris.

Pure Man, the menswear section at Pure, seemed noticeably quieter than its neighbouring womenswear section, though brand’s remained generally optimistic about the potential to create new business that the section offered. Many remarked however that more brands would need to be added and its floor space expanded for the section to become a viable platform to compete with other menswear trade shows. Lola López, wholesale director at Spanish fashion brand El Ganso, said: “There has been very little traffic in the menswear area in general. Yesterday [Monday] we had the most traffic but today there has been almost nothing. We’d really like to see the area become larger.”

LA-based ready-to-wear brand Oren Kash made its UK trade fair debut at Pure. “We’ve shown in other US trade shows but this is our first time to the UK,” said founder and creative director of his eponymous brand, Oren Kash. “It’s been fantastic, the brand has been really well received here and it's a great gateway to broaden the brand outside of the US. Also the positioning is perfect, we’re right next to the stage so after our collections are shown on the catwalk people can come directly to our stall to have a closer look.” 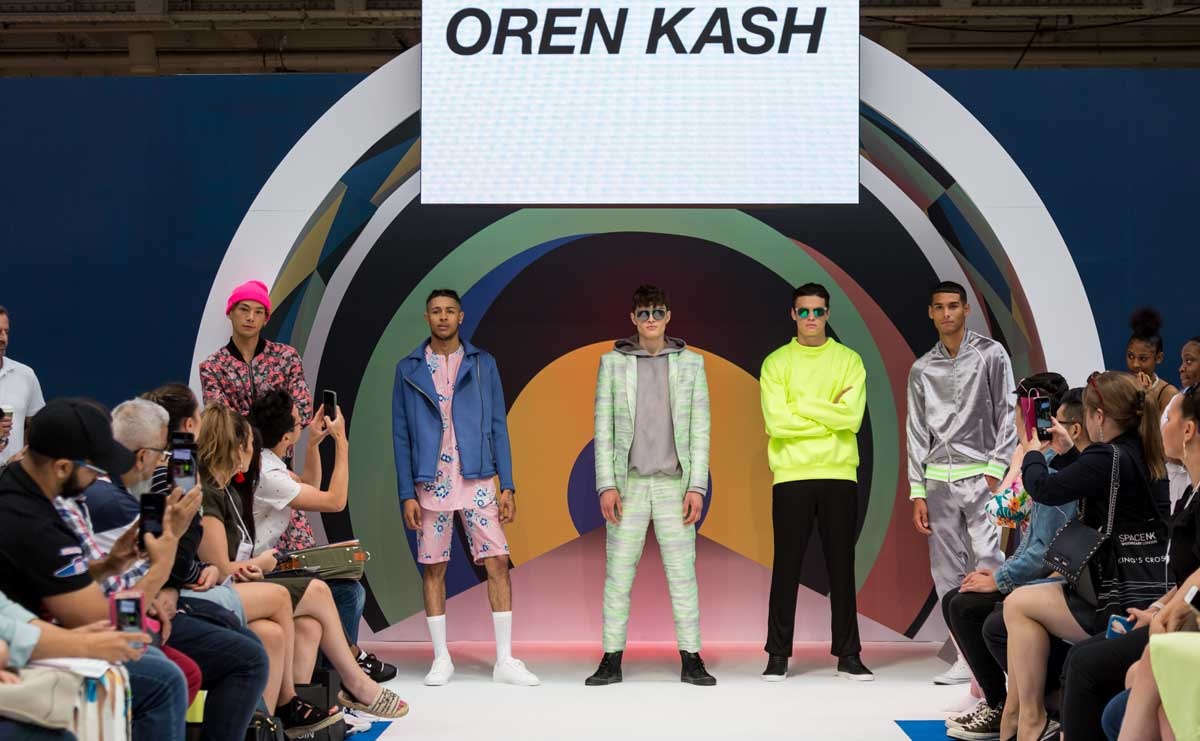 In the Footwear & Accessories section, a selection of exciting new collections were showcased from brands such as Ipanema, Holster, Vanessa Wu: Footwear, Kookii B, Smith & Canova, Sence Copenhagen, Christina Brampti, and One Hundred Stars, while the Athleisure section welcomed new brands In ‘A’ Seashell and Wear FIKA.

Pure Origin, the section of Pure dedicated to fashion sourcing and manufacturing, saw considerably lower footfall than the main show, with several exhibitors speculating that the change of position of the staircase - which at the February edition lead people directly to its entrance, which has now moved - could have somewhat affected it. Similarly, many exhibitors at Bubble, the section of Pure dedicated to childrenswear, felt that the large majority of visitors were sticking to the womenswear section in the main hall.

Martin Arnold, fashion portfolio director at ITE group, the parent company of Pure, said for the next season the Conscious area for sustainable brands, the athleisure section and Bubble, which were all on the second floor this week, will be brought down to the ground floor, while Pure Origin will be expanded.

The Conscious section of the show saw most brands, both returning ones and new ones, sharing positive experiences. Anna Birse, head of wholesale for fair trade fashion brand People Tree said: “It’s been really really good. It feels a lot busier for us than last year. I think that’s partly because there’s been just that little bit more awareness in the past 12 months about the importance of sustainability. It also feels like in general retailers are less cautious about spending than they were at the February show. I haven’t heard Brexit brought up once, which is nice.”

Teresa Perna, primary designer at Mayd in China, which was making its UK trade show debut, was similarly happy with the event. “It’s been great. We’ve seen a lot of interest and it feels like a great entry into the UK market. The positioning, though a little far from the heart of the show, isn’t too bad. It feels a lot less congested up here and there has been a steady flow of people.”

Irina Matei, business development manager at sustainable Romanian womenswear brand Mimush, felt the positioning was too far away from the main bulk of of visitors. “It has been very, very quiet up here. We were hoping to see a fair amount of interest from buyers but it feels like not many people are coming to this area,” she said.

The topic of sustainability also took centre stage, quite literally, outside of the Conscious area, with a programme of talks centred around the subject taking place throughout the three-day event. On Sunday, British fashion designer and owner of Savile Row tailor Norton & Sons, Patrick Grant, gave a keynote speech in which he discussed fast fashion, transparency in the supply chain, and the importance of supporting British manufacturing. On Tuesday, Brigitte Stepputtis from Vivienne Westwood took to the main stage and spoke passionately about how brands can - and should - put activism, recycling, upcycling, re-use, natural and sustainable materials at the heart of their business. “We’re not perfect, but we strive to make our clothes with great care, with heritage, to create a modern and efficient brand which has a relevance to our time,” she said. “When some brands do something incredible it helps others to follow. Vivienne is the trailblazer.”

In his talk ‘Beauty from the waste: Environmental fashion in action’, Birmingham fashion designer Rhys Ellis showcased a selection of dresses he had made using single-use coffee capsules - a process which at once creates beautiful designs while highlighting the problem of excessive plastic waste. Each of his dresses are created by hand with an underlying theme associated to environmental issues. His collection ‘White Horses’, for example, is inspired by the rapid and potentially irreversible deterioration of the coral reefs from manmade pollution. 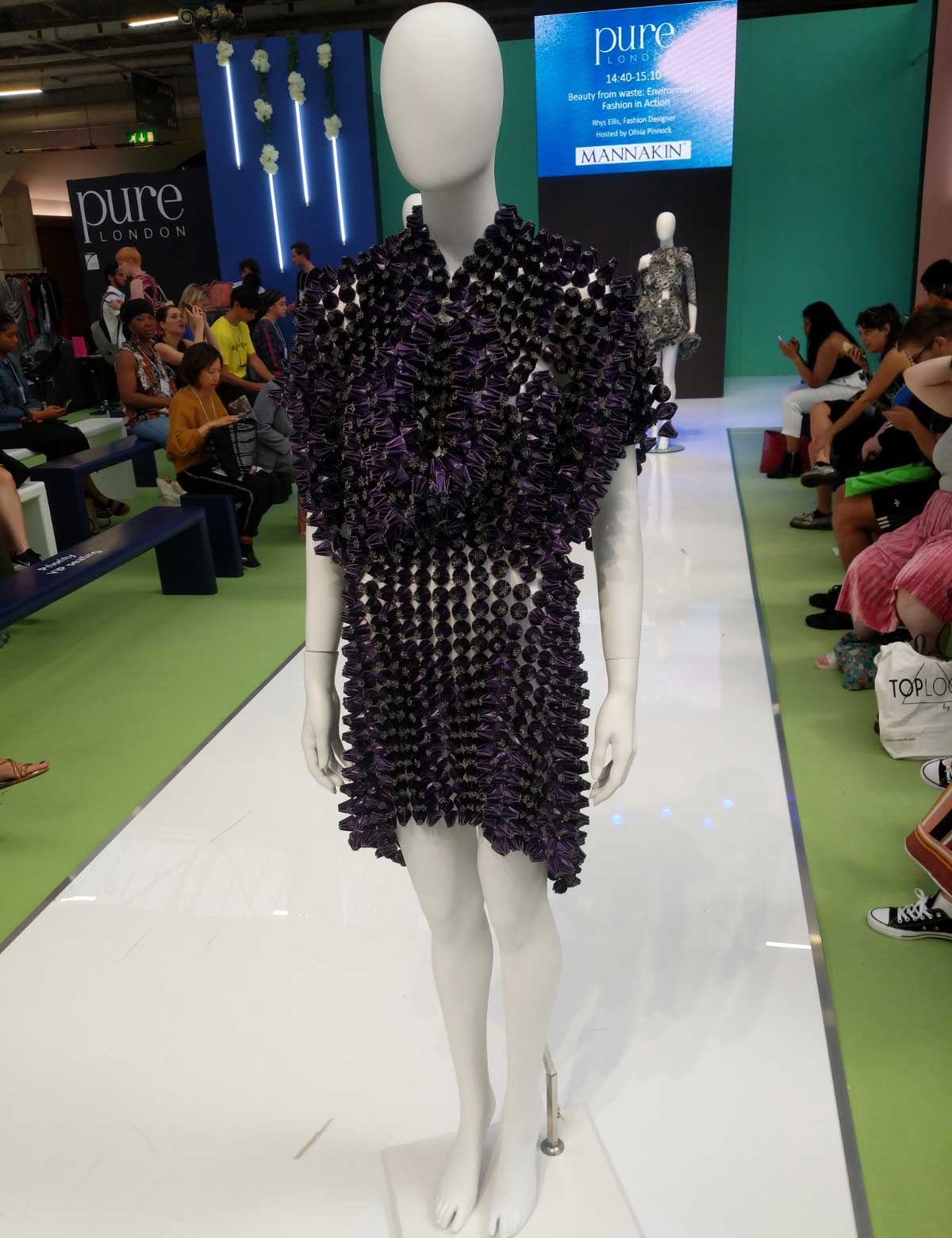 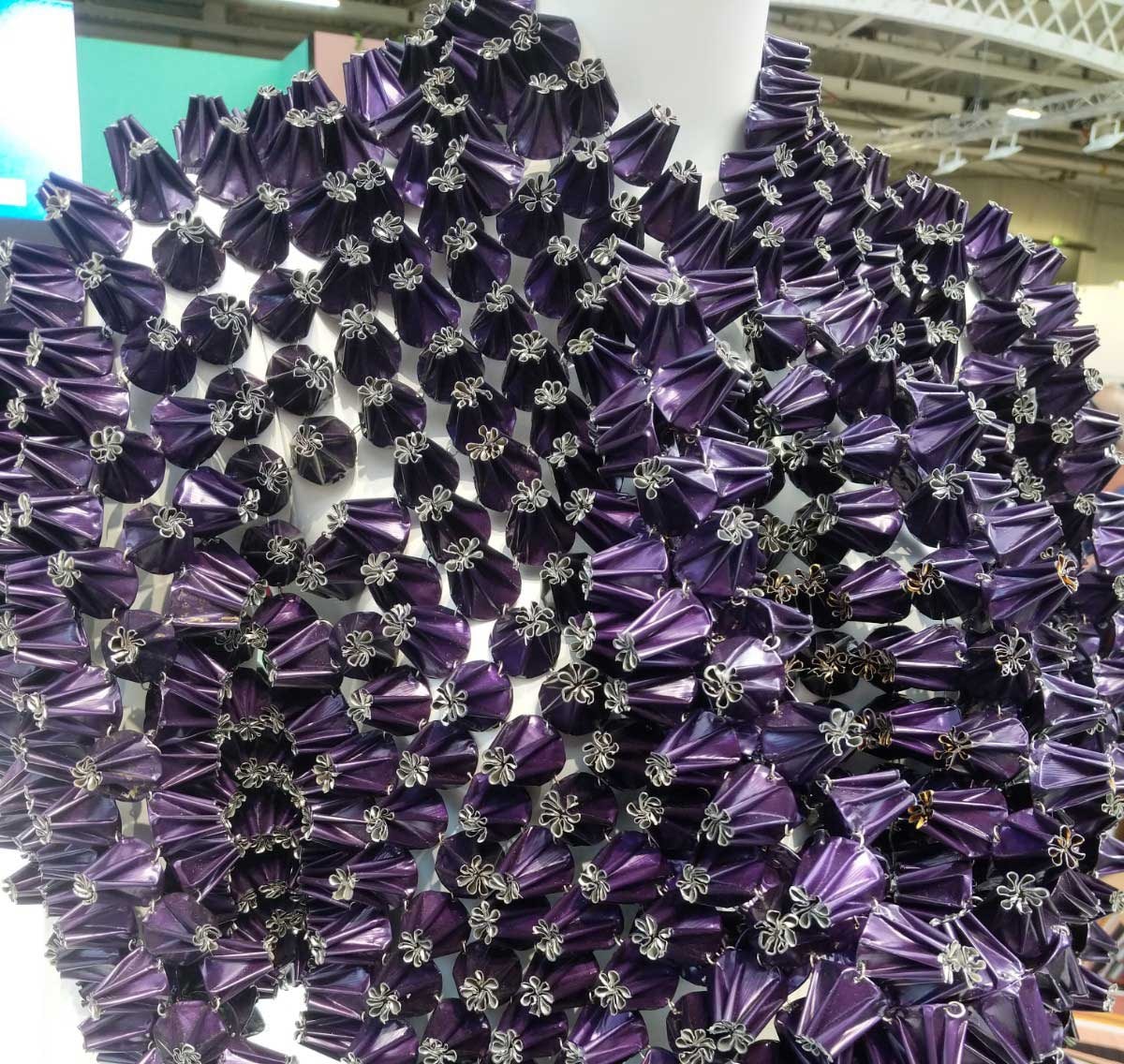 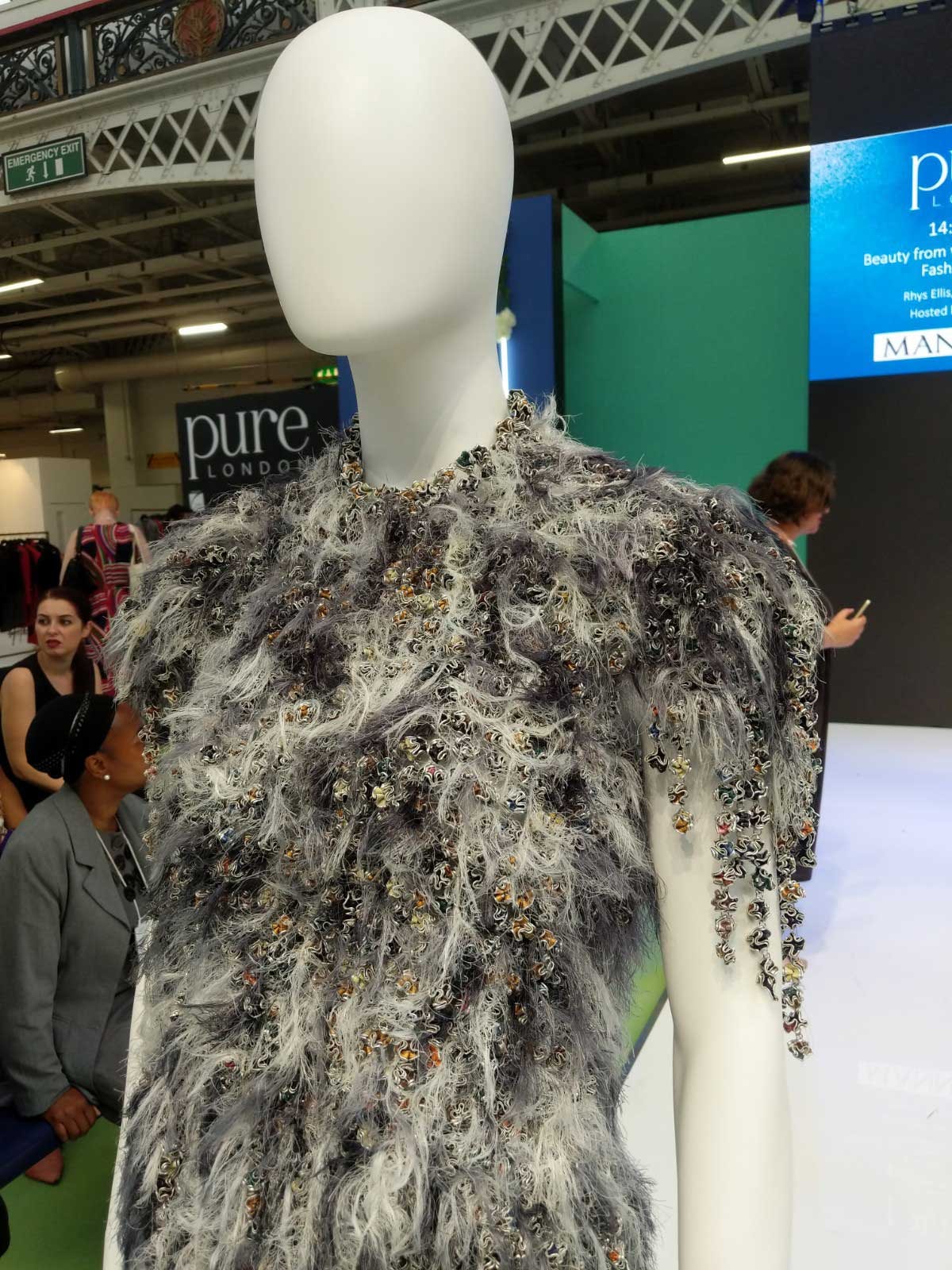 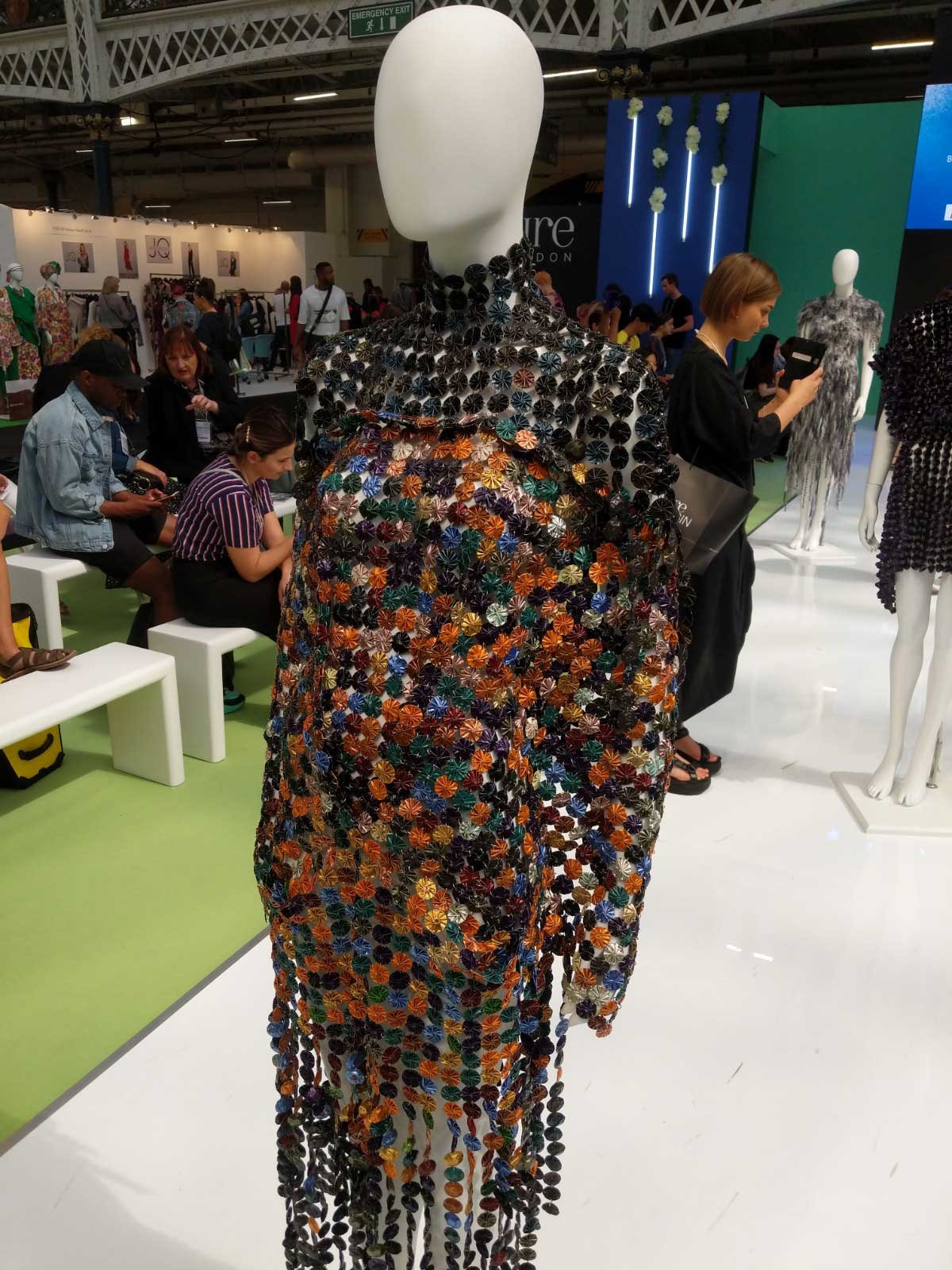 During the United Nations panel Pauline Op de Beeck from Carbon Trust spoke about the need for collaboration within the fashion industry, and why brands must find unique solutions to sourcing challenges which they should then make open source. “We want all brands to use these innovations, there shouldn’t be a competitive advantage to it,” she said. “There are great innovations in recycling, but it takes a lot of research and investment but now we can breakdown previously unrecyclable material and reuse it.”