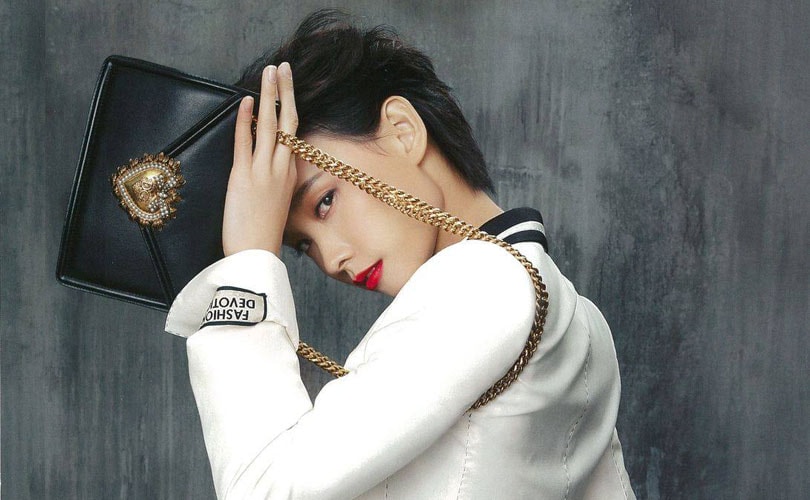 Italian fashion house Dolce & Gabbana has come under fire for its “DG loves China” advertising campaign -- so much so that its upcoming fashion show in the country has been canceled by the Cultural Affairs Bureau of Shanghai. The brand posted a video on the Chinese social network Weibo in which a Chinese woman has trouble trying to eat Italian foods such as pizza and pasta using chopsticks. At the end, she tries to eat a cannoli and a male voice asks: “is it too big for you?”. People from all over the world called the ad racist on social media, which has caused the label to delete the video from the Chinese social platform (but not from its official Instagram profile).

But the controversy didn’t end there. Popular Instagram account Diet Prada published a series of screenshots in which the verified Instagram account ot the label's co-founder, Stefano Gabbana, argues with a follower about whether the ad is racist or not. Gabbana supposedly said the ad has only been deleted because his office is “as stupid as the superiority of the Chinese” and that he doesn’t see anything racist in the video as “everybody knows the Chinese eat with chopsticks”, as they know "the Chinese eat dogs". In addition, he would have said that, from now on, he will always say on interviews that the country is “sh*t”.

Following Diet Prada’s post, Dolce & Gabbana stated both the label’s and Stefano’s Instagram account have been hacked and its legal office is urgently investigating the matter.

Diet Prada reacted by saying Stefano himself reproduced part of the conversations on his Instagram Stories, which makes the hacking allegation look suspicious as it only came after the backlash from the public.

Before the show was canceled, a series of Chinese celebrities, including actress Zhang Ziyi and singer Wang Junkai, announced they would no longer attend the show. Some of them also promised to boycott Dolce & Gabbana’s products from now on.

China is one of the fastest-growing markets for luxury goods. "Chinese luxury consumers represent a high proportion of the global luxury market and the rapid rise of a more affluent and fashion-savvy middle class is bolstering luxury consumption", said global consultancy firm Deloitte in its 2018 report about the luxury goods market. Between 2008 and 2014, the number of Chinese households purchasing luxury products doubled, according to McKinsey. Whether Dolce & Gabbana’s recent image crisis will impact their sales in such an important market, it remains to be seen.