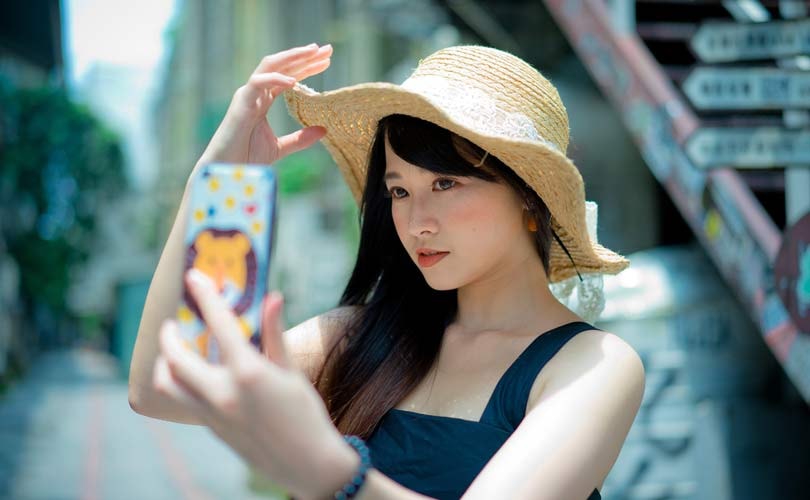 Fashion brands are turning to influencers with fewer followers

“Brands are increasingly seeing the benefits of working with micro- or nano-influencers. People with a few thousand followers generally seem more trustworthy, authentic, and relatable than those with huge followings,” says the report. Working with smaller influencers can also mean a brand’s message is spread in a more natural-feeling way.

While it may seem an obvious choice for a sizeable brand to approach big-name celebrities, often regarded as powerful influencers due to their number of followers and reach, they may not be the best choice when it comes to reputation, trustworthiness, likability or authenticity.

Nano influencer considered the most powerful

Nano influencers are considered the most powerful influencers because of their high engagement rates. They might have a handful of followers, but they reach deep into their niche markets and have the “influence” needed for influencer marketing.

Word of mouth has the highest reverb

According to a report by BCG & Altagamma, Word of Mouth marketing has become the number one source on impacting how customers in our industries develop opinions or make purchase decisions, with nearly 40 percent of the influence coming directly from social media and online blogs. As 72 percent of today’s customers take to social to interact with their favourite fashion and luxury brands, it’s no longer a question of “if” brands should be engaging with these new channels, but how.

Industry experts are becoming increasingly savvy when it comes to influencer marketing, according to the latest influencer report by Launchmetrics. This is evident in the fact they are placing more importance on audience insights when choosing influencers, rather than looking at the volume of followers.

Micro influencers continue to be the preferred tier for professionals in fashion, luxury and cosmetics, representing nearly the same percentage in 2018 as 2019, according to data by Launchmetrics. 32.1 percent claimed that micro influencers have a better connection with their target audience, when companies were asked what value influencers brought to their campaign.

Instagram is the most relevant social media platform for industry professionals for influencer marketing, seeing a 10 percent growth from 36 to 46 percent year on year. Facebook fell slightly by 1 percent to 15,7 percent, followed by YouTube and Blogs.

"In the journey to connect with the new, younger and digitally-savvy customer, brands are looking for ways to not just drive engagement, but also sales. These new “middle-men” use their trusted voices to help bring highly engaged audiences to the front door of ecommerce sites, without the brands needing to do the heavy lifting that that comes with traditional channels such as advertising,” said Launchmetrics CEO Michael Jais.

Photo credit: Launchmetrics; article sources: Launchmetrics “State of Influencer Marketing 2019,” Business Insider "Why brands are turning away from big Instagram influencers to work with people who have small followings instead.”