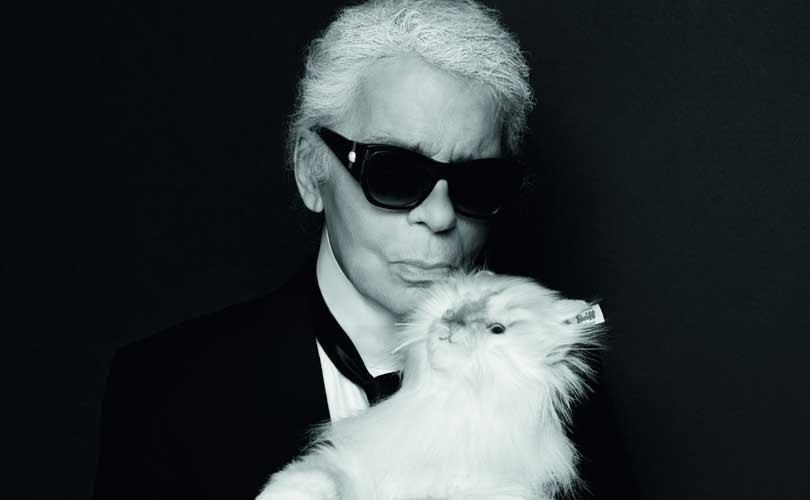 “Why should I stop working? If I do, I’ll die and it’ll all be finished”, Karl Lagerfeld once said. Today, the iconic fashion designer also known as "Kaiser Karl" passed away aged 85, in Paris. He remained active until the very end, indeed: two Chanel runway shows took place in Paris three weeks ago and a collaboration between his eponymous label and fashion icon Olivia Palermo was announced last week. Months ago, he was having a go at sculpting for the very first time.

But Karl Lagerfeld was as known for his outspoken nature as he was for his productivity, which is why FashionUnited gathered 13 of his most notorious quotes, as cited by the book The World According to Karl: The Wit And Wisdom of Karl Lagerfeld, published by Flammarion-Pere Castor.

“I am kind of a fashion nymphomaniac who never gets an orgasm. I am never satisfied.”

"Fashion is like music. There are so many notes. You need to play around with them. We all have to make our own tune."

“Never use the word cheap. Today everybody can look chic in inexpensive clothes (the rich buy them too). There is good clothing design on every level today. You can be the chicest thing in the world in a T-shirt and jeans – it’s up to you.”

“When you make fashion, you have to love fashion. When I see those designers in sneakers and old T-shirts who make dresses at crazy prices, it just seems dishonest to me.”

"Sweatpants are a sign of defeat. You lost control of your life so you bought some sweatpants."

On shoes and accessories:

"Shoes and accessories are important to me. Because with these everybody is model size."

On his iconic style:

“I am like a caricature of myself and I like that. It is like a mask. And for me the Carnival of Venice lasts all year long.”

On his fashion staple:

'If you were to ask me what I wish I had invented in fashion, it would be the white shirt. To me, a shirt is the basis for everything. Everything else comes afterwards.”

"I had an interview once with some German journalist—some horrible, ugly woman. It was in the early days after the communists—maybe a week after—and she wore a yellow sweater that was kind of see-through. She had huge tits and a huge black bra, and she said to me, “It’s impolite; remove your glasses.” I said, “Do I ask you to remove your bra?”

“In a meat-eating world wearing leather for shoes and even clothes, the discussion of fur is childish"

“Well, there came this new line from Hedi Slimane at Dior, that you needed to be slim to wear. It said 'You want this? Go back to your bones'. And so I lost it all. I lost 88 pounds and never got them back.”

"I love hats, in a way, but when I was a child, I'd wear Tyrolean hats, and my mother - I was something like eight - said to me: 'You shouldn't wear hats. You look like an old dyke'", Lagerfeld recalled. "Do you say such things to children? She was quite funny, no?"

Source: Most quotes from this article come from The world according to Karl, witz and wisdom from Karl Lagerfeld, publisher Terra -Lannoo.