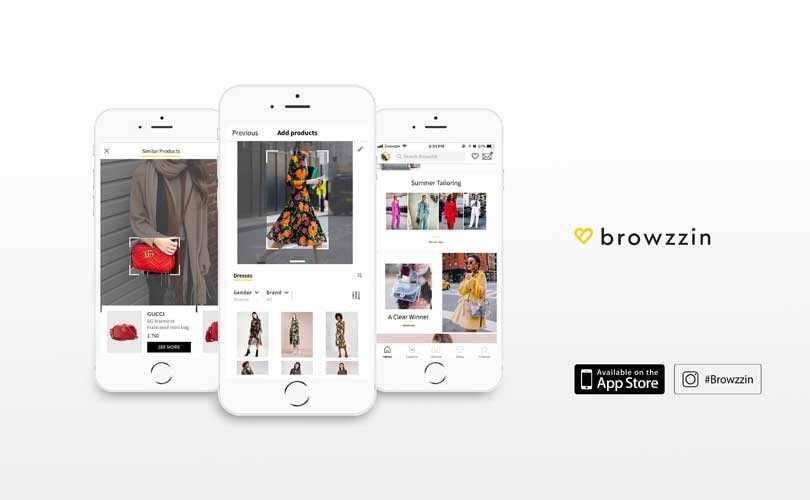 A new AI-powered app aims to make the life of both retailers and consumers a lot easier. Browzzin, launched this week in London, is a mix of social network, e-commerce and affiliate marketing platform.

Users can take pictures of outfits they see on the street or take screenshots from Instagram. Then, the app shows them where to buy each item. If an exact match isn’t found, the user is pointed towards similar options. Not only online shops are recommended, though: brick-and-mortar stores are also included. The company said in a press release that over 2 million items from 10,000 brands are available on the platform right now, and that it aims to grow the catalogue by 200,000 items a week.

Users are also able to upload pictures of their own outfits and share it with friends. Each time someone buys an item via the app, the user who uploaded the picture that generated the sale receives a commission. Commissions vary by brand and range between 4 and 35 percent. Therefore, every Browzzin user acts as a digital influencer and is able to earn money.

“We want to enable everyone who loves fashion to share her or his style and earn a ‘social’ salary. The same person can use Browzzin to be inspired by others and use their earned rewards to buy fashion products”, said Harry Markl, co-founder, to FashionUnited via email. Markl is also the managing director for the Asia division of L Catterton, the private equity firm that has Groupe Arnault and LVMH Moët Hennessy Louis Vuitton among its founders. In a press release, browzzin says it is “backed” by senior LVMH executives.

Apart from the commissions, brands don’t have to pay anything to be on Browzzin. They only have to open their wallets when a sale is made. The app gets a percentage of the users’ commission, but to celebrate its launch, it will pass on 100 percent of the commission to the first 1,000 adopters. Payment is done via Paypal, but blockchain technology will be added later on. Commissions are Browzzin’s only revenue source, at least for now. “Our focus right now is to build a great experience for our users”, says Markl.

Markl says the idea of bringing several trends (influencer marketing, AI for e-commerce, social media and affiliate marketing) together in just one app is the result of several years of experience in the industry. “Our goal is to build an ecosystem which benefits all stakeholders and hence grows the pie for all. It took us two years to develop Browzzin as it is today”.

But will this new app be able to face competition from more established giants like Instagram and Pinterest? Both are interested in earning more money from the users who use the platforms for fashion inspiration. This week, Instagram discreetly added a native payments feature to its app, available for a limited set of partners. Users will be able to book appointments at restaurants and salons, book hotel rooms and, of course, “shop the look”.

One year ago, Pinterest launched Lens, a feature that also suggests similar products and ideas based on pictures taken by the user. The picture-based social network also has a “Shop the Look” feature, in which a dot can be seen over each piece of clothing or accessory. Users can buy that exact item or see similar options by clicking on the dots. Right now, the feature is only available for established digital influencers.

To Markl, focusing on the fashion niche is what sets Browzzin apart: “Browzzin is a social commerce platform with one focus: fashion. Fashion is all we want”. That way, the company hopes to attract an engaged, loyal audience that converts more. Their partnership with brick-and-mortar stores is another unique selling point, as it allows the app to provide users with “ten times more variety”. Markl emphasizes that customers going into a store are more likely to convert, hence the decision to not leave the “offline world” behind.

Currently, Browzzin is only available for iOS, but an Android version is in the works for the next three to five months. The company is aiming for the Asia roll-out soon, and it aims to be the largest fashion catalogue in the world.