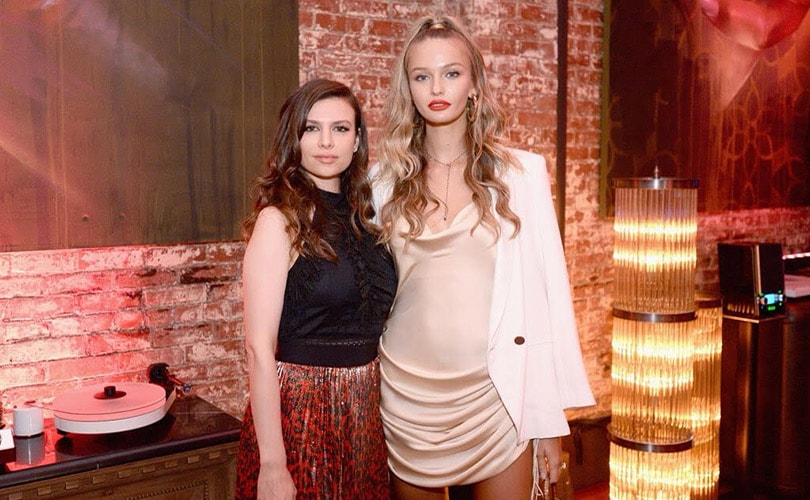 In the wake of the #metoo and #timesup movements, many fashion professionals have broken the silence about the prevalence of sexual misconduct in the fashion industry. “The industry is surrounded by predators who thrive on the constant rejection and loneliness so many of us have experienced at some point in our careers”, said model Christy Turlington to the American fashion publication WWD. Last year alone, Bruce Weber, Mario Testino and Terry Richardson, three of the most prestigious photographers in the industry, were accused of sexual abuse. No less than 30 models and assistants have reported unwanted sexual advances by Testino, which prompted brands like Burberry, Stuart Weitzman and Michael Kors to stop working with him.

However, despite the increased public awareness, the issue remains widespread and many victims are too embarrassed to talk to colleagues, friends and family, which makes them more vulnerable to mental illnesses such as depression and post-traumatic stress disorder. To try and tackle the problem, Humans of Fashion, a new nonprofit organization based in New York, has developed an app to provide victims with free assistance. Specifically targeted at fashion professionals, the tool connects victims of sexual harassment and abuse to volunteer therapists and attorneys.

Founded one year ago by Russian model Kristina Romanova and fashion lawyer Antoniette Costa, Humans of Fashion is connected to a network of 4,000 pro-bono lawyers thanks to a partnership with nonprofit Fashion Law Institute, led by professor Susan Scafidi. The therapists are provided by Give an Hour, an organization founded in 2005 to provide free mental health care to veterans and service members, which later expanded to address the needs of other groups as well.

FashionUnited spoke to Antoniette Costa to learn more about the organization, the app and plans for the future.

How did the idea for the app come about?

I’ve known Kristina for 9 years. One day she approached me with the idea to create an NGO to help combat sexual harassment in the fashion industry. I was dealing with an issue of harassment myself back then. I was in the middle of the process of getting a restraining order against someone, and seeking protection often felt like a form of further harassment. Kate Upton, who is one of my dearest friends, is responsible for much of the pivotal change that has happened in the Fashion industry within the #metoo space. I am so proud of her for being brave to tell her story despite the risk of public scrutiny that always comes with being an international celebrity and sharing a personal story of abuse [Upton accused Guess’ co-founder Paul Marciano of inappropriately groping her, which led the executive to take an unpaid leave from the company earlier this year]. She is one if the strongest people I know and was a large force in helping inspiring me to spearhead the HOFF initiative with Kristina.

Why ‘Humans of Fashion’?

Although the media often portrays us as a service for models, our app is for everyone working in the fashion industry: photographers, agents, assistants, editors, interns… While models can be particularly susceptible to sexual harassment and abuse because they work as independent contractors, it unfortunately does happen to other professionals as well.

You’re probably wondering why we pair the name “Humans of Fashion” with a picture of mannequins on our website. It’s because we’re here to tell people we should be treated as humans, not mannequins. We like the juxtaposition.

We wanted to make it as easy as possible for people to seek help. An app allows them to turn to someone who can assist them discreetly, in the comfort of their home.

The lawyers and therapists available on the platform are provided by the Fashion Law Institute and Give an Hour. How did those partnerships come about?

Susan Scafidi was my teacher at Fordham Law School, so I approached her to ask if the pro-bono lawyers of her institute could be brought into our app. Although the Fashion Law Institute provides us with over 4,000 attorneys, we’ve also been working on expanding our network by approaching other law firms and individual lawyers. We’ve also been offering workshops, and by attending out training attorneys can earn 2 free Continued Legal Education (CLE) credits, which makes them more likely to come.

As for Give an Hour, they have been working on expanding their outreach in recent years so when we told founder Barbara van Dahlen that mental illnesses are prevalent in the fashion industry, she was more than eager to work with us.

[A study conducted by the US Center for Disease Control, which compared suicide rates among occupations, confirmed a strong correlation between working in the fashion industry and developing mental illnesses. The fashion industry ranked seventh on the list, behind police, factory workers, mechanics, and farmers, but beating out doctors, lawyers, and accountants].

Although the therapists and lawyers work voluntarily, developing an app obviously has its costs. Considering the service is free, where do the funds come from?

We’re financed by sponsorships from fashion companies, individuals and donors, but we’re also looking into others forms of fundraising to pay for the app’s maintenance and further development. We’re currently seeking strategic partnerships to sponsor specific projects, and we intend to organize crowdfunding campaigns as well. We organized a party during the last New York Fashion Week to raise awareness for our cause, and we intend to use the next fashion week to approach agencies and other influential people in the industry. We basically want a mix of corporate sponsorships and individual donors.

What are the organization’s plans for the future?

Right now, the focus is our product. It’s been only soft launched and we’re still tweaking it every day. For example, if someone chooses to connect to a therapist they will probably want to see the same therapist the next time. But since we’re working with volunteers, that’s not always possible. So we’re negotiating packages of hours for the same client.

Since this is a global initiative, we also intend to take it worldwide. We’re focusing on New York right now, but we want to launch the app in the UK, Italy and France within this year.

Photo: courtesy of Humans of Fashion