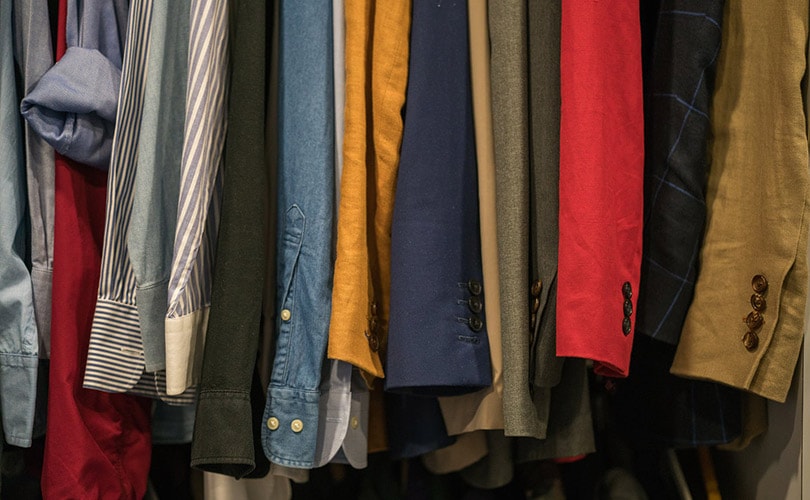 Ebay has revealed that the UK second-hand fashion market is experiencing a 187 million pound boom as the ‘Blue Planet effect’ prompts UK consumers to ‘close the loop’ on fast fashion.

The data shows that UK shoppers are increasingly seeking out more environmentally friendly fashion options, with searches on eBay associated with ‘closed loop’ shopping increasing “dramatically” in the past three years. From July 2016 - June 2019, searches for ‘sustainable’ jumped by 600 percent, while ‘used’ was up 417 percent and ‘eco-friendly’ up by 344 percent.

The growing trend for recycling fashion isn’t solely being driven by shoppers, notes eBay, as almost 10,000 new sellers registered on eBay in the 12 months to June 2019 specifically to sell and recycle their pre-owned items as supply keeps pace with demand.

The research adds that there has been a consistent upward trend over the past five years, with purchases of pre-owned jumpsuits, hats, scarves, swimwear, coats, jackets, handbags, purses and trousers increasing year-on-year.

Over six million pre-owned shirts were bought on eBay in the 12 months to June 2019, making them the most popular pre-owned fashion item among UK shoppers, followed by pre-owned dresses (4.3 million), and pre-owned coats (2.9 million).

Pre-owned jumpsuits saw the biggest growth in purchases in the five-year period up 41 percent compared to five years ago, while pre-owned jackets were up 19 percent, coats up 16 percent and scarves up 16 percent.

When it comes to who is shopping pre-owned, according to eBay middle aged shoppers are the “driving force” and buy 6 times more pre-owned fashion than millennials. Those aged between 40-49 years bought over four million pre-owned fashion items on eBay in the 12 months to June 2019, the most out of any age group.

Purchases of pre-owned fashion items have also been incrementally rising over the past five years among the baby boomer generations with shoppers aged 50-59 buying 16 percent more pre-owned fashion the 12 months to June 2019 compared to 2014, while purchases among the over 60s have grown 41 percent.

Commenting on the findings, Helen Riley, head of fashion at eBay, said in a statement: “Consumers are picking up the pace in their backlash against today’s throwaway fashion society and it is evident on both sides of the eBay platform, with millions more used items being bought and sold now than five years ago.

“When you couple the increasing popularity of pre-owned fashion items with the explosion of sustainable fashion searches, it becomes clear that the ‘conscious shopper’ is not just someone on the hunt for a bargain – it captures those who want to take an active role in protecting our environment.”

Riley added: “Whether it’s from a charity shop, vintage fair or marketplace, buying a good quality, pre-owned item of clothing, rather than opting for ‘new’, is a simple and easy way shoppers can reduce the environmental impact of their wardrobe, and they are clearly doing so in their masses.”