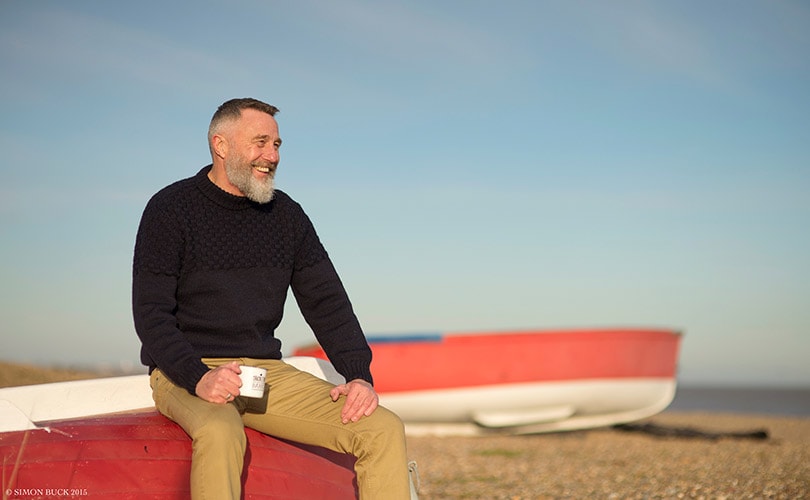 It was over 100 years ago that explorer and entrepreneur Sir Ernest Shackleton made his now-legendary trek across the Antarctic - an epic tale of survival and endurance which is being brought to life by the Shackleton Company through one of the most used mediums today - social media.

Sir Shackleton and his crew were left stranded during their Imperial Trans-Antarctic Expedition when their ship, the Endurance, became stuck in the ice. After spending close to 500 days at sea, Sir Shackleton decided to lead his men back to land and safety. It was during this 6 week journey that Sir Shackleton defined himself as one of the world's greatest leaders, as he led his 27-men crew to land, without the loss of a single life. Now, his tale of endurance is being re-told by the Shackleton Company to unite and inspire the next generation of adventurers, social entrepreneurs and explorers. "It’s something that we had thought about for quite sometime," explained Ian Holdcroft, Managing Director at Shackleton over the phone to FashionUnited. 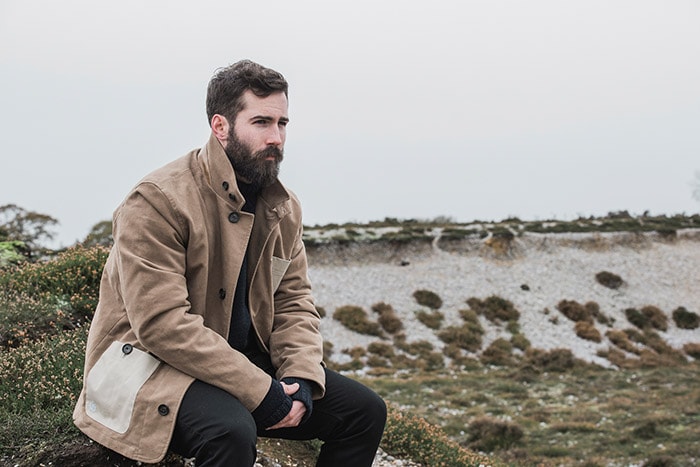 "As you are aware, the expedition that he is most well known for is his Trans-Antarctic expedition, which took place from 1914 to 1916," continued Holdcroft. "We are at that 100-year anniversary now and we wanted to use social media to give Shackleton a voice, as if he is doing the expedition now and tweeting live from the ice. I feel that if he was alive today and making the same journey, that he would use Twitter and social media to communicate with the outside world." In order to bring Shackleton's voice to life, as authentically as possible, the clothing company has teamed up with the Scott Polar Institute in Cambridge, which holds the diaries the explorer wrote during the epic trek.

The #Endurance is but a fading memory. A man must shape himself to a new mark directly the old one goes to ground. pic.twitter.com/P8p4zTnrfT

Holdcroft believed that Twitter was the most suitable social media platform to share Shackleton's tale, rather than Facebook or Instagram due to the nature of the source material being used. "They were at sea, or on the ice or battling the elements at the time, so a lot of his diary entries are in a very bullet point fashion, which makes Twitter the perfect medium to translate that," noted Holdcroft. "The whole idea is that readers could ‘follow’ him and the other stories as though it was happening right, although it took place 100 years ago. So that’s what we are doing with the overriding objective of trying to reach a wider audience." He strongly believes that social media is a powerful tool which can be utilized to connect and unite communities around the world, whilst acting as a strong storytelling tool - "as long as brands remain true to themselves and their DNA." Shackleton's journey to inspire the next generation of "doers, social entrepreneurs and explorers

Although there is already is a large global community of Shackleton enthusiasts, Holdcroft hopes the campaign will touch and inspire a more diverse and even younger generation. "The next doers, social entrepreneurs and explorers, so people can be inspired by him and his story," he added. So far the campaign, which first began on April 6 has attracted attention from all over the globe, from the likes of modern day explorers such as Ben Fogle and Levison Wood, to TV and radio presenters, business leaders and the fashion industry. "As a brand we are very conscious that we want to protect and culture people to Shackleton’s legacy, so it’s as relevant today as it was 100 years ago...it is also a way for us to leave a footprint on 2016 and show what we want to represent as a brand going forward."

We can sustain life with scanty means. Given barest opportunity of winning food & shelter, man can live and even find laughter ringing true.

The Shackleton Company is best known for its men's wear, inspired by Sir Shackleton's legacy. However, Holdcroft has his sights set on evolving the brand into a social enterprise. "I want Shackleton to be a brand that people are inspired by and able to contribute to." With this change in mind, the label has tapped new designers to create its Autumn/Winter 2017/2018 collection, who are currently designing and producing a limited edition 'ultimate' survival jacket, which will be the focal point of the collection. The jacket, a 'Hero' piece, is to be designed to be worn in the coldest winters of the Antarctic as well as in the Autumn, a versatile item which reflects what the brand stands for. "Society is stuck in a throw-away mentality when it comes to fashion and we looking to change that and built products which endure, as Shackleton and his crew did." 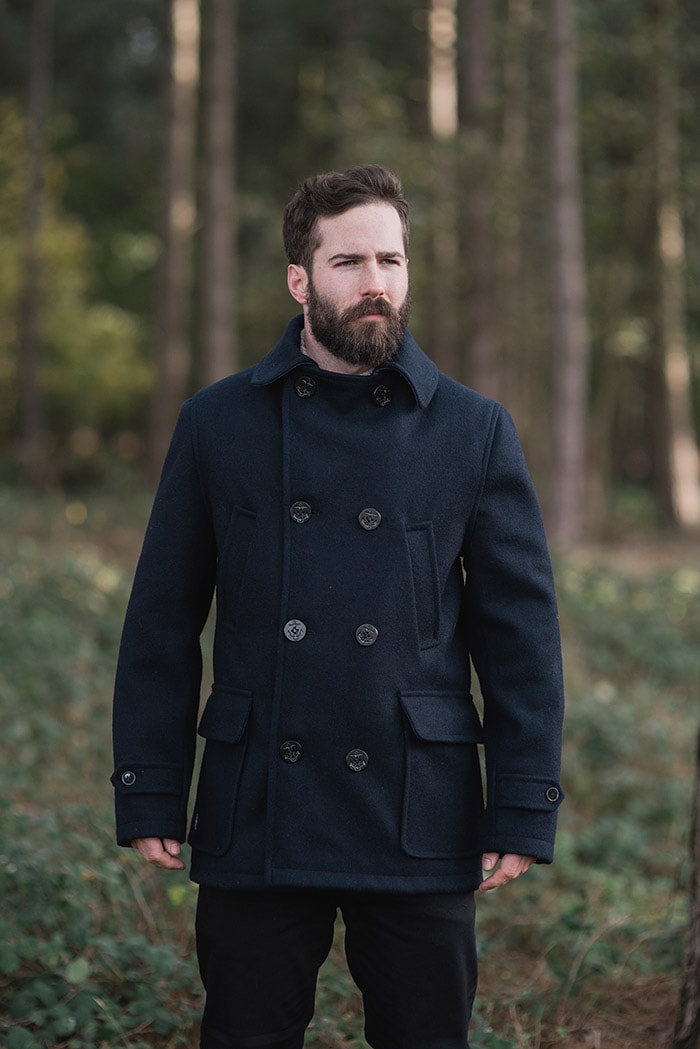 Shackleton seeks to built products which endure: " as Shackleton and his crew did"

The clothing label, which is made in the UK and as ethically and sustainably as possible, is set to design pieces which are made to last and cherished by its owners. "Look after it and it will look after you, it almost becomes a companion in a way," noted Holdcroft. By addressing consumers unconscious shopping habits and making them think more mindfully in terms of how and where they shop, Shackleton aims change the way people shop. "There is a challenge, not just for us but for all fashion brands and businesses in general - a political, environmental one, to try and shift that mentality and to make people connect how they think and feel and what they actually do and how they actually behave," concluded Holdcroft, who made it clear that this is a challenge he and Shackleton are very keen to take on. "People have to make that conscious decision to either invest more financially and emotionally in what they are purchasing at the time - or not.”

The men speak cheerfully of home. The difficulties we still have to overcome dwindle in fancy almost to nothing. #Shackleton

We are 346 miles from where the #Endurance sank, but at last! The firm ground of Elephant Island. #Shackleton pic.twitter.com/s0WTYvXjHB

We dig out a site, amid the thawing penguin guano, for two tents in the debris of the rookery. #Shackleton pic.twitter.com/a9hOdXC3Zv

A look back at the beach reveals the forlorn party I've left behind. #Shackleton pic.twitter.com/2KHmMGRpon

Man's humour is easily stirred by others' petty misfortunes. Worsley toys gingerly with the cooking pot like a delicate item of lady's wear.

Not a dry inch on this boat. We cover our heads with our @Burberry. We simply endure the all-pervading water. pic.twitter.com/yaNR6RqRDX

We cling to a battered little boat..."alone, alone, all, all alone on a wide, wide sea." So low in water swells cut the skyline from sight.