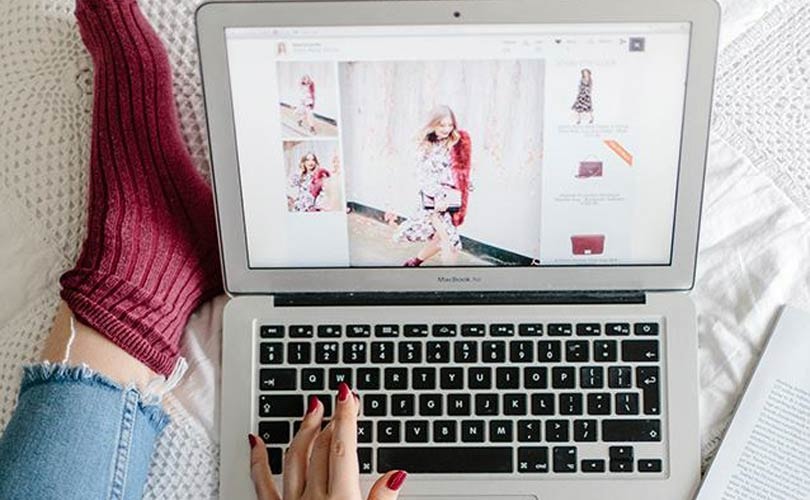 With the rise of social media and the internet came the rise of the fashion bloggers, who have grown to become an intricate part of the industry’s ever evolving landscape. Never before has a blogger’s influence been able to reach as far or as wide as now, and more and more brands and retailers are keen to tap into this new field of budding potential. Although some say the fashion blog market is now completely saturated within the UK, these ten bloggers have managed to set themselves apart from the crowd and make it onto FashionUnited’s most popular blog list.

For the ranking, FashionUnited has calculated each fashion bloggers individual score by looking at their total number of Instagram, Twitter, Pinterest and Facebook followers as well as their interaction with fans via social media and Google search results to work out their final score and ranking. Certain channels, like Instagram and Facebook, are considered more influential and therefore ultimately count for more in our end score, which is why some bloggers may be higher up than others. 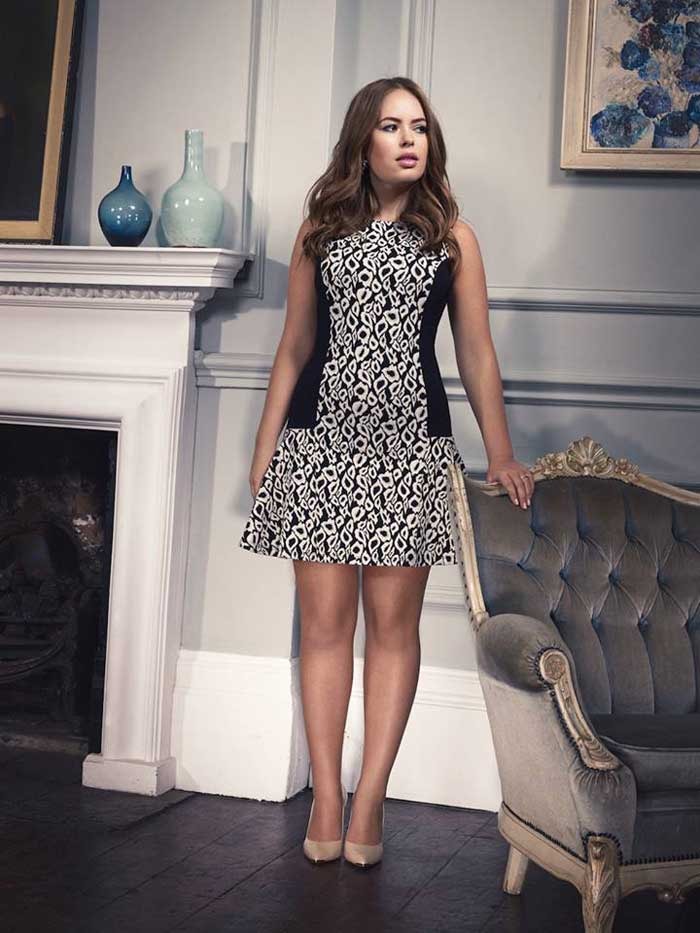 Best known for her fashion and beauty channel on Youtube, English Rose Tanya Burr tops the list in the number one spot. Founded in 2009, Burr first began posting beauty tutorials based on celebrity looks before branching out into fashion and style and eventually launching her own cosmetics range. Her overall score was undoubtedly boosted by her impressive online following on Youtube: as of December, 2015 she has over 3.3 million subscribers to her main channel on the video platform alone, racking up over 267 million views. She is also known for keeping up an active presence on social media and this is reflected in her following - she has over 2.4 million followers on Instagram and 1.6 million on Twitter. Although young, this 26 year old vlogger has managed to tap into the hearts of millions of followers around the world and keeps them coming back for more. 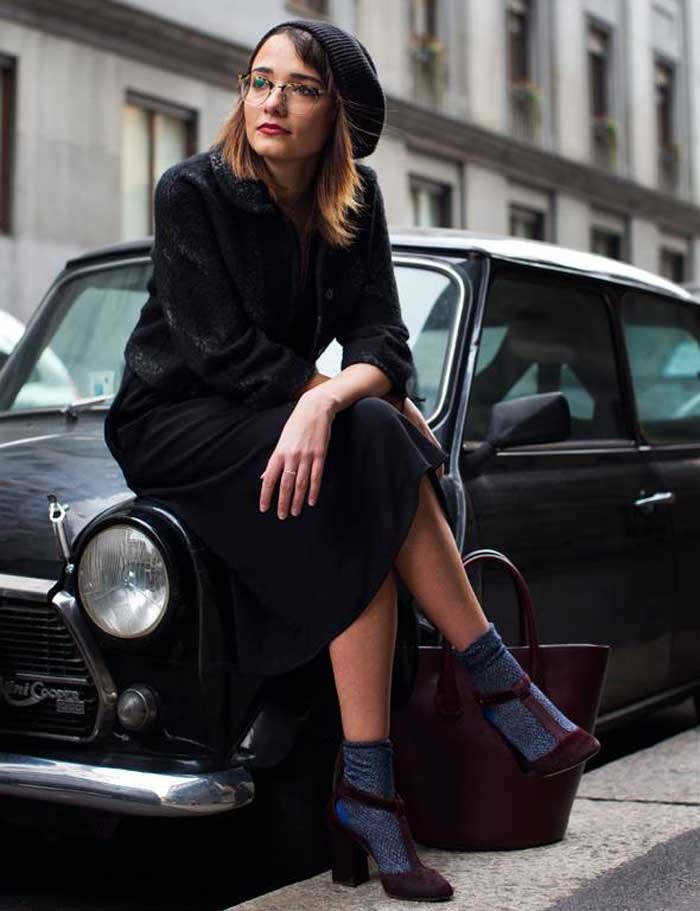 Photo credit: Scott Schuman for the The Sartorialist Facebook

Next up is perhaps one of the most established and well-known fashion blogs in the world, The Sartorialist. Founded by Scott Schuman in 2005, he has been credited with pioneering fashion photography in the form of a blog. Known for its unique street-style images, Schuman blog has grown to become one of the top fashion blogs in the world, and has with numerous brands for their advertising campaigns such as The Gap, DKNY Jean and Burberry. Schuman has also worked with a series of magazines including Style.com, Vogue and GQ Magazine. With 735,000 followers on Instagram and 311,607 on Facebook The Sartorialist remains a fashion staple amongst fashionistas and lovers around the world. 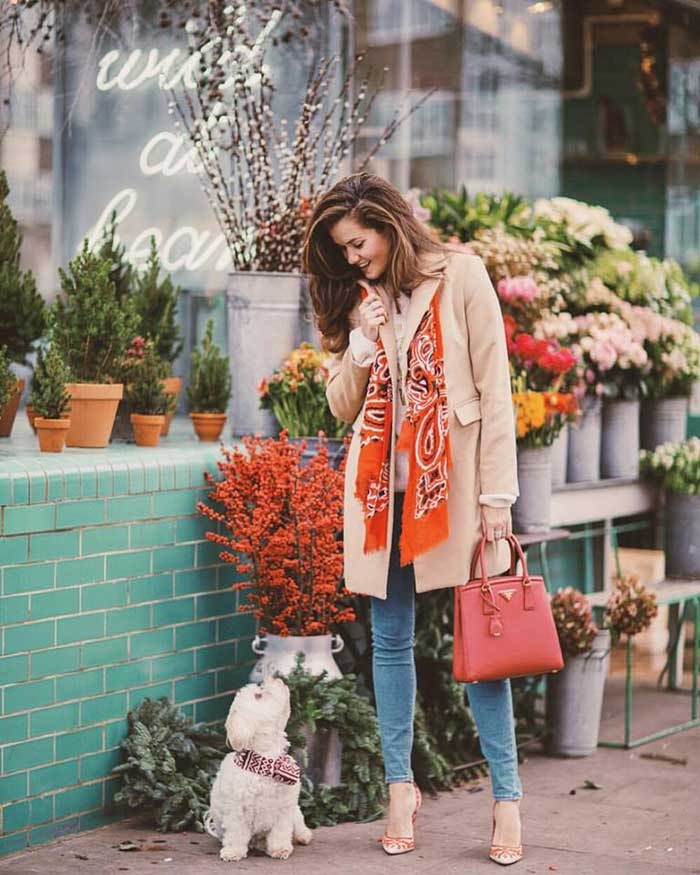 Dubbed ‘a Super Blogger’ Rosie Thomas slides in at third place with her lifestyle blog The Londoner. Thomas originally started her blog as means to keep in touch with her family and friends whilst travelling abroad, but over the years her blog has grown to become a full-time career. Working with the likes of Mulberry, Aspinal and DKNY, Thomas travels often abroad for her blog and has acquired a number of loyal followers. With 199,000 followers on Instagram, 234,000 on Facebook and an impressive following on Pinterest, over 538,000 Thomas and her dog’s Custard wanderlust seems to be catching on. 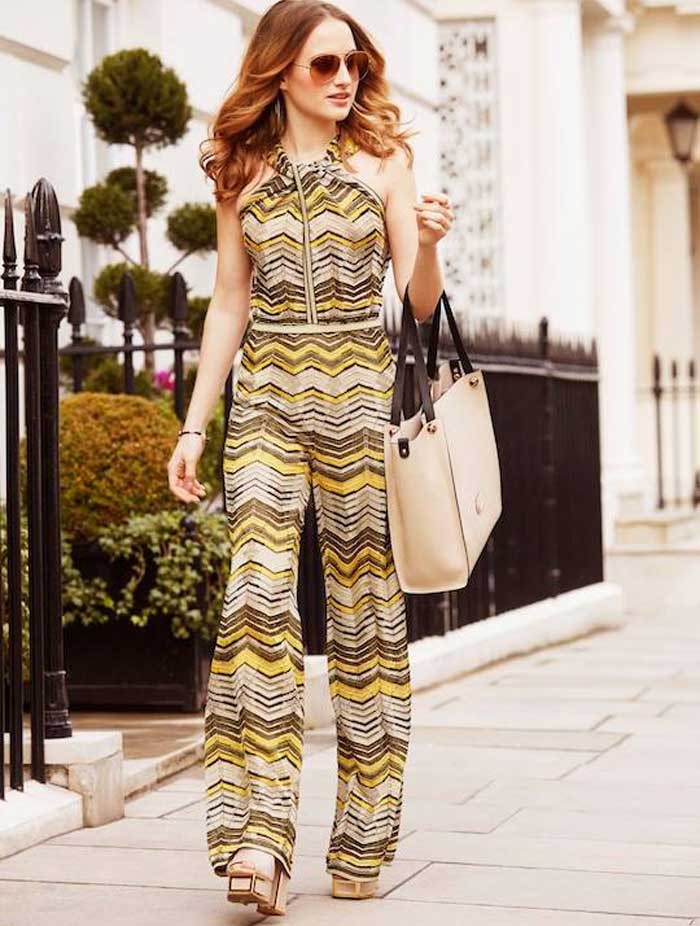 Sliding into fourth place on FashionUnited’s top ten list is At Fashion Forte. A style blog run by Made in Chelsea tv-star Rosie Fortescue, At Fashion Forte features Fortescue street style as well as outfit posts from the series. Since joining the show and launching her blog, Fortescue has collaborated with a number of designers, such as Covert Cases, Laura Gravestock and Lipstick Boutique and is currently said to be designing her own jewellery range. She also works with a number of high street brands, such as River Island as a brand ambassador and writes an online column fir the London Evening Standard. Undoubtedly, her TV career has helped boosted her fashion following, as she currently have over 454,000 followers on Instagram and over 322,000 on Twitter. 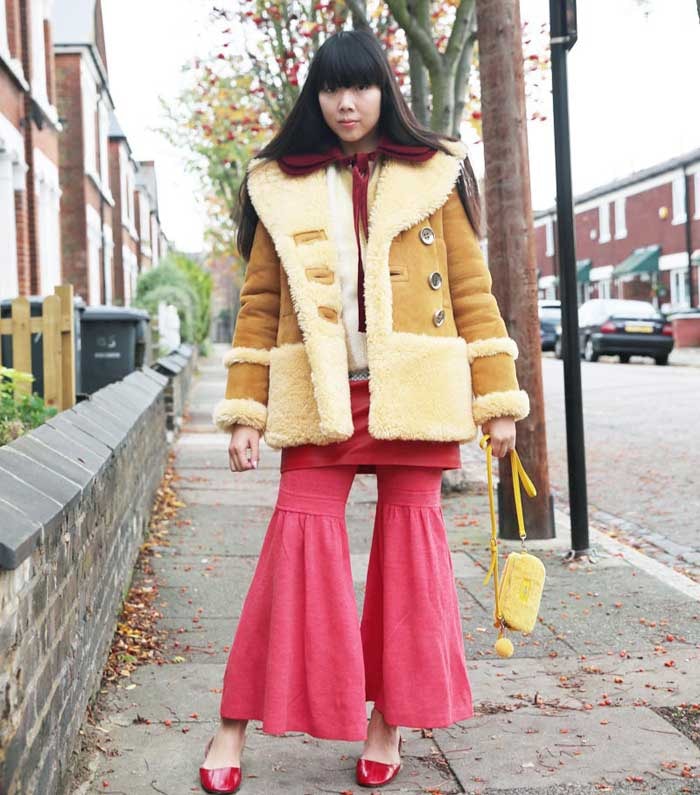 Perhaps the best known name within the industry of fashion blogging, Susana Lau, as known as Susie Bubble from Style Bubble comes in at fifth place on the list. Lau first started her iconic blog on March, 2006, and shared her thoughts, personal experience and observation on the fashion world, whilst highlighting new and emerging designers. Since then, Lau has craved out a name for herself one of the most widely read and influential bloggers and went on to become the editor of Dazed Digital from 2008 - 2010. She still writes on a freelance basis for the magazine, as well as Elle and the Daily Rubbish. With over 247,000 followers on Instagram and 274,000 on Twitter, Lau remains a leader in the field of blogging. 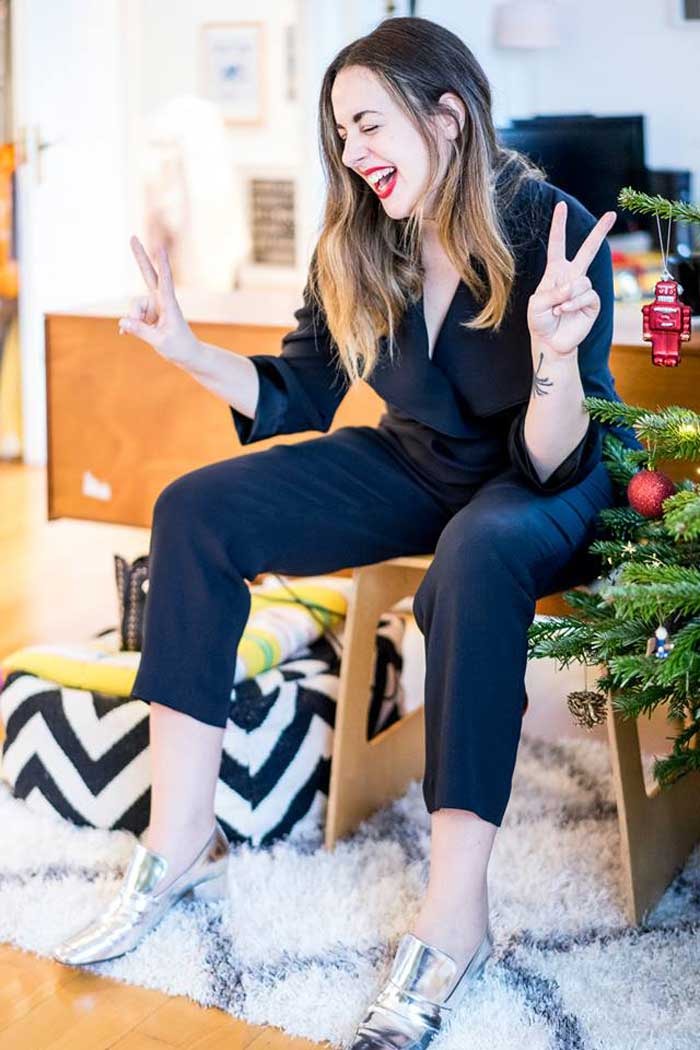 Founded in 2007 as a means to stay in touch with friends abroad, Parisian journalist and photographer Laetitia Wajnapel has gained a loyal following over the years with her fashion blog Mademoiselle Robot. Focusing on ‘every day modern luxury’, Wajnapel has worked with a number of premium brands and retailers such as Net-a-Porter, Hermes and Chloe as well high street labels like Topshop and Levi’s. Part of the British Fashion Council’s Blogger Panel, she also shares her knowledge on blogging, online journalism and social media during panels and conferences. With a global audience of over 2 million followers across her social channels and blog - with 1.1 million followers alone on Pinterest, it can be said that her Parisian style is in high demand and places Wajnapel firmly in sixth place. 7. Camille Over the Rainbow

Coming up in seventh place is another Parisian favourite, Camille Charriere from the lifestyle blog Camille Over the Rainbow. Founded in 2010 in London, Charriere gave up her career in law and finance to pursue her interest in fashion. Cutting her teeth at Net-a-Porter and Matchesfashion.com before launching her platform, Charriere’s blog has grown over the years to become an “internationally recognised destination for a mixture of emerging and luxury fashion.” Collaborating with the likes of H&M, Chloe and Acne Studies, whilst offering her personal insights into the industry has led to Charriere accumulating a strong following of 405,000 fans in Instagram and over 29,000 followers on Facebook. 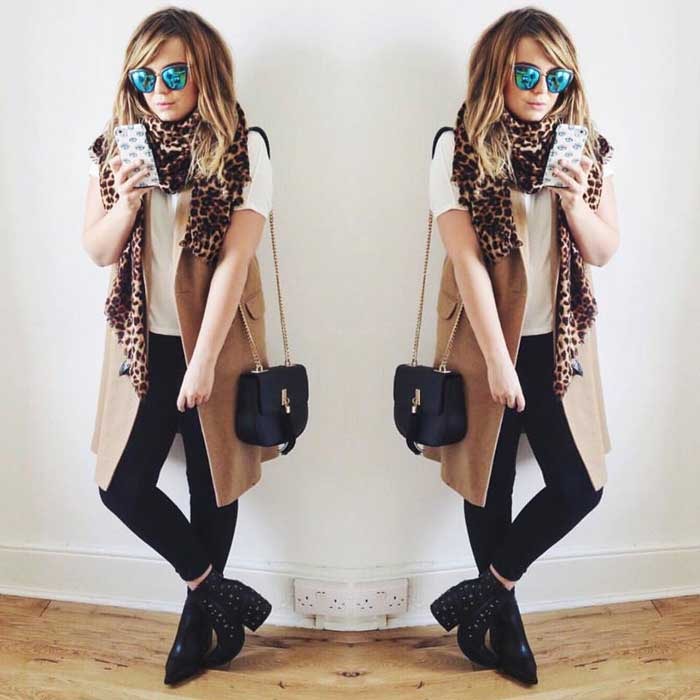 Another young blogger and vlogger, Lily Melrose ,comes in at eight place on our ranking. Officially Founded in 2009, Melrose offers followers beauty and fashion advice through her eponymous blog and Youtube channel. Although the 25 year old Brighton admits she never thought she would become a full-time blogger, thanks to her strong following (she has over 154,000 followers on Instagram alone) and her love for writing it became her career. Since launching her Youtube channel in 2011, she has gained over 188,000 subscribers and a total of over 10 million views. Sliding in at ninth place is Olivia Grace Purvis, the blogger behind the lifestyle blog What Olivia Did. After she founded her blog in 2010 as way to share her love for music, she was introduced to ‘fashion blog’ by her close friend Gemma. Since then her blog has grown into her creative outlet for personal style, fashion, beauty, travel and music. Shortlisted for Cosmopolitan’s ‘Best New Fashion Blog’ in 2011, What Olivia Did attracts between 80,000 and 100,000 visitors per month, according to there blogger herself. Collaborating with brands like Boden, H&M and Orla Kiely, Purvis has managed to turn her blog into a full-time career, with 104,000 followers on Instagram and over 240,000 on Pinterest. 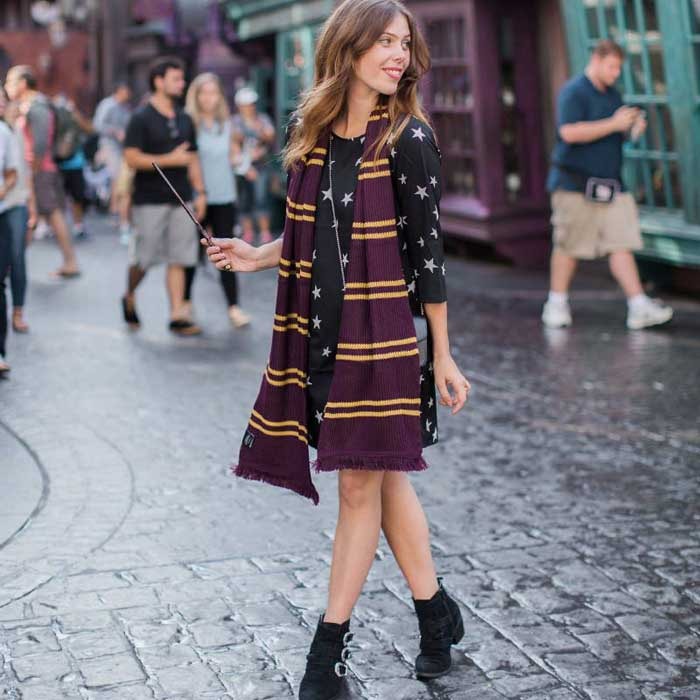 Last, but not least in tenth place there is Wish Wish Wish, founded by Carrie Harrwood. Based in London, Harrwood first started her blog 7 years ago to share her love of fashion and food. Since then her blog has grown to attract an international following, with 122,000 followers on Instagram and over 22,000 on Facebook.