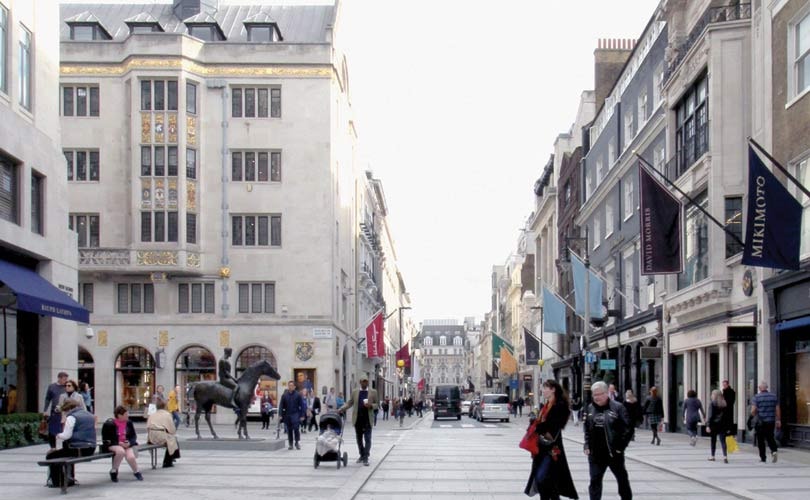 As Christmas fast approaches and the season's gift-shopping period begins to warm up, it looks like, despite a slight drop in overall retail spend, international visitors are still splashing out on luxury brands in the UK capital.

According to the latest insight report by Global Blue, international visitor (non EU) spend on Bond street has risen by 4 percent year-on-year in the 10-month period from January to October 2018, compared to the same time in 2017, while in October 2018 the average spend on Bond Street was up by 13 percent.

The insight also showed that international shoppers spent 1,341 pounds on an average transaction, demonstrating the continued importance of international visitors to UK retailers.

Visit Britain’s annual forecast predicts continued growth in visitor numbers to the UK in 2018, with 40.9 million visits predicted in 2018 - an increase of 4.4 percent compared to 2017. It is also forecasting a 7.1 percent increase in spend by visitors this year compared to 2017.

While London seemed to be thriving, Global Blue’s insight on international tourism spend didn’t look so promising, with average spend down by 3 percent year-on-year from January to October 2018 versus the same period in 2017.

“It truly demonstrates London’s global reputation as a first class retail destination, known world-wide to offer an outstanding luxury retail experience. Demand for luxury will without a doubt continue to grow and to further enhance the capital’s appeal as a top destination for affluent Globe Shoppers”.

In October, Bond Street’s 10 million pound transformation was completed, offering an enhanced experience for pedestrians with a new public square at the Burlington Gardens junction.