SuperGroup "back on track" and pushing for overseas

ANALYSIS_ SuperGroup, parent group to trendy brand Superdry, said that "it is back on track" and ready to meet market expectations for annual profit of 63 million pounds as the total group sales increased by 22.1 percent to 141.1 million pounds. Wholesale increased 41.7 percent to 27.3 million

"Our strong Spring/Summer 2014 order book and positive responses to Autumn/Winter 2014 range give me confidence in the product range going forward and the strength of the brand," Supergroup chief executive Julian Dunkerton said when commenting the figures. 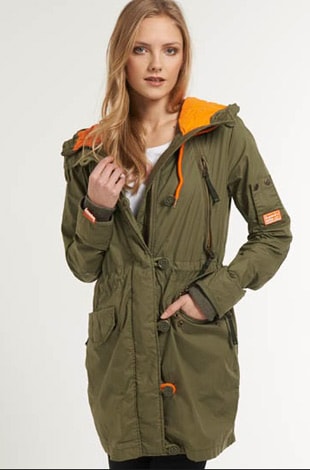 am pleased that our on-going strong sales growth and improved margins mean the business remains on track to deliver profit in line with market expectations," explained Dunkerton when presenting the figures.

"All infrastructure projects are running to plan - in particular the new distribution centre is already playing a significant role in the delivery of Spring/Summer products."

During the festive period, accessories proved to be a big push, driving 1.3 percent rise in sales for the 13 weeks to January 26. Chief executive Julian Dunkerton said: "Accessories will be a big opportunity for next year - we didn't predict the level of demand. Improved margins mean the business remains on track to deliver profit in line with market expectations."

Analysts said underlying sales growth for the quarter was below expectations of 3 percent but that a step up in the pace of new store openings and better wholesale sales, as well as a lift to profit margins from reduced discounting, meant the company was on track to meet profit expectations for the year of 63 million pounds, reported Reuters.

The British group is eyeing an overseas boost for the next months. "Europe is where we really plan to take control. If we can bring agencies and distributors in house that's the preferred route of growth, advanced CEO Dunkerton.

SuperGroup has opened stores in France, Hong Kong, Malaysia, Philippines, Spain, Latvia, South Korea and Thailand. As the group advanced earlier this week, they are to open dedicated web-stores in Taiwan and Australia in the next few months, with Korea being next, as part of its international expansion plans for this year.

The plan comes as SuperGroup revealed a slowdown in underlying sales growth to 1.3 percent in the three months to 26 January compared to 7.8 percent.

Kate Calvert, analyst at Investec, highlighted that "We see material potential to stretch the brand into new areas as well as grow the brand online and internationally where it is still early days in the roll-out story." Meanwhile, Freddie George at Cantor Fitzgerald added that "Earnings have picked up momentum following a strengthening of management."