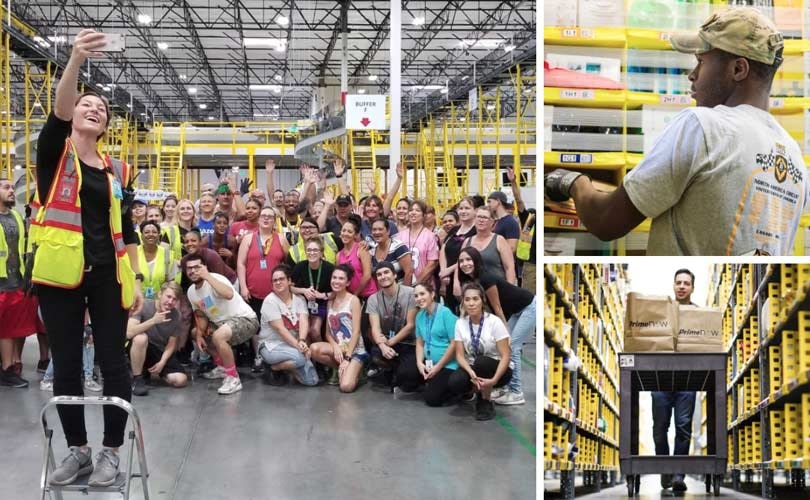 Amazon is increasing its minimum wage to 15 US dollars an hour for all full-time, part-time, temporary and seasonal employees in the United States, after a report by nonprofit organization New Food Economy exposed the e-tailer is one of the American companies with the most employees receiving SNAP benefits, also known as food stamps. In Arizona, for example, nearly one in three Amazon employees were on food stamps or lived with someone who was in 2017.

“We listened to our critics, thought hard about what we wanted to do, and decided we want to lead”, read a statement by Amazon’s Founder and CEO, Jeff Bezos, who topped Forbes’ list of the world’s richest people this year. The company has posted a profit for 11 straight quarters, including a record 1.9 billion US dollars during last year’s holiday season. “We’re excited about this change and encourage our competitors and large employers to join us”.

The raise will be effective November 1 for all of Amazon’s 250,000 employees in the US, as well as the 100,000 seasonal colleagues the company plans to hire during the holidays.

Following the announcement, Amazon published a video depicting the moment a group of workers are informed about the raise. They scream and cheer, some of them cry. “I’ve never been able to earn that much. I have four kids and sometimes I don’t have enough. Today is the most amazing day”, says one employee.

Amazon did not specify, however, how much it will advocate the federal minimum wage to be raised to. “We believe 7.25 dollars is too low. We would look to Congress to decide the parameters”, said the company on its blog.

The United States are not the only country where Amazon is being criticized for its low wages. In July, thousands of employees in Germany and Spain went on strike to demand better working conditions. The e-tailer employs over 575,000 people worldwide.