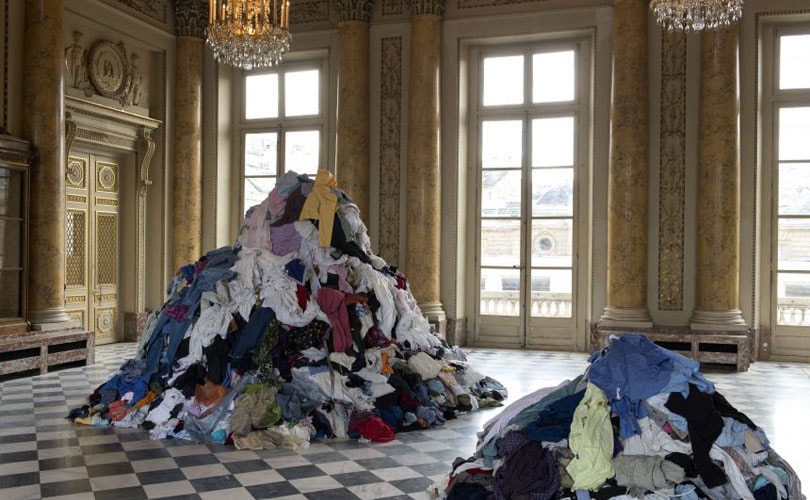 France to prohibit the destruction of unsold stock: who is going to pay for that?

Paris - The French government wants to prohibit the destruction of unsold non-food products in the next two to four years. Prime Minister, Edouard Philippe, made the announcement in June and also hailed it “a world first”. The measure is the logical continuation of a roadmap established last year; a roadmap for a sustainable economy aiming to limit wastage and turning our waste into new resources.

“It is a staggering amount of waste”

The fashion industry is particularly affected by this measure. The destruction of unsold items is normal practice in the sector. A practice luxury brands and large fashion companies have always been particularly discreet about and that is now being denounced more and more after several scandals have erupted in recent years. In Autumn 2017 H&M was accused by Danish television for burning its unsold items. An astonishing figure circulated: several tons of new unsold clothing, 60 million items in fact, had been destroyed since 2013. H&M defended itself by saying that burning was rare.

This scandal triggered many others. These included videos showing Hermès products burned at the gates of Paris and shocked the public in France, whilst in Great Britain, the spotlight fell on Burberry which indicated in its annual report that it had destroyed items with a value of 31 million euros in 2017 alone. The brands were made scapegoats; in fact, the entire industry was implicated. But the only real new fact was the degree of outrage that these practices elicited.

So, the announcement by the French government is a direct response to public opinion, itself stung by the cries of alarm made by several NGO’s. In April 2018, the French NGO Emmaüs (one of the most famous and influential NGO’s in France, HDW) recommended the adoption of a law that would require fashion companies to donate their unsold items to the NGO’s. This recommendation met an ecological and moral need: the global production of clothes has doubled between 2000 and 2014 and, according to Emmaüs, almost 4 million tons of new or used fabrics are thrown away in Europe each year. This proposal was repeated in the French government’s roadmap. To show that the government had understood this outcry, Edouard Philippe expressed himself quite firm: “It is a staggering amount of waste. Utterly shameful.”

The announcement by the Prime Minister contains several shades of grey that may or may not be clarified during the debate in Parliament. For now the announced measure does not stipulate that unsold clothes must be donated. For the moment, it is a prohibition on the physical destruction of unsold items. A general injunction that still allows fashion brands a certain degree of freedom of movement.

However this announcement in France seems already to have inspired some international companies that are particularly concerned about ecological waste. Amazon, that was accused by some media for destroying unsold items on a massive scale (in France, a special edition on “waste” aired in January on the French investigative television show, Capital, revealed that a single French – or British – Amazon warehouse depot destroyed about 293,000 items in the space of nine months), has already announced that it wishes to donate its unsold items to care organisations working directly with the online giant.

This resolution will be implemented in September in the United States and in the United Kingdom. Will it be followed by other announcements of the same importance by other big names in the sector? That remains to be seen. However, Yohann Petiot, of the French Alliance du Commerce (with 450 brand members) is pleading for good will to be shown by the fashion sector: “the dynamic is already in place at some companies”. Of sales in stores, clearance sales and stock clearances, only 1 percent of clothes and 3 percent of shoes will be destroyed. 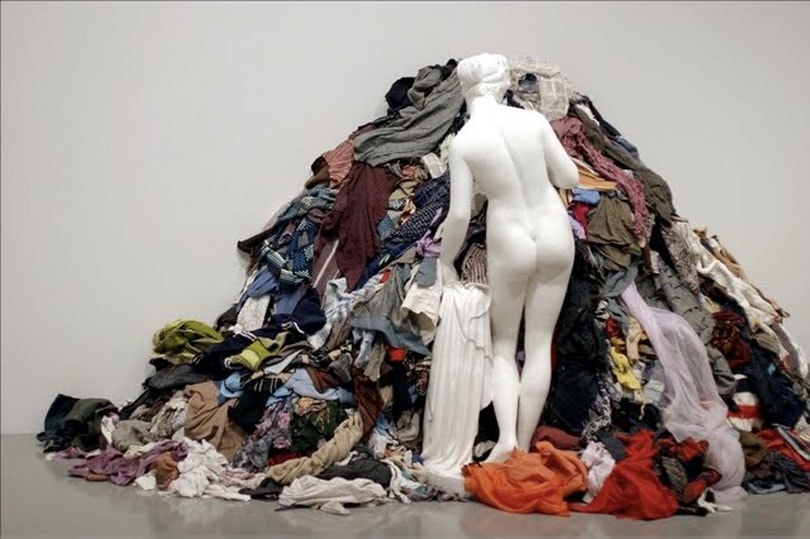 It costs more to donate than to destroy

Prohibiting destruction of unsold items is going to split the fashion sector into two camps. On one side, there are the retail brands that mount promotions, clearance sales and stock clearances. From the viewpoint of intellectual property, these companies do not have any fundamental objections against donating unsold items. Therefore, for them, the government must ensure that it does not cost more to donate than to recycle or destroy. In fact, currently companies that donate their unsold items to NGO’s sometimes have to pay VAT on those products, whereas they are not charged when they destroy them.

On the other side, there are brands that, to avoid tarnishing the prestige of their products and to protect their intellectual property, still refuse to have clearance sales of or to donate their unsold items. These companies do not wish to harm their brand image. Therefore, they are inevitably left with overstock. Keeping this stock is more expensive to keep in storage than it is to destroy. So, as shocking as it may seem, destruction constitutes the most rational option for these companies that hide it in their accounts under an entry entitled “stock depreciation”.

Caught between the most pressing ethical duty and the most basic economic requirements, these companies will have only three options. The first two solutions are obvious: either promote stock clearance to the public again, directly or through a specialist company, highlighting the ethical and ecological value of the process (the San Remo Outlet inaugurated by Kering at the beginning of the summer seems to encapsulate this), or get the consumer to pay the supplementary cost of stocking and recycling unsold items.

Whatever the solution is chosen, it can be seen that the desire indicated by the government relating to environmentally friendly matters follows a road paved with good intentions, as well as perverse effects. Because, in the final analysis, the wish to donate unsold items will give rise to a cost that will in fact be paid by the consumer.

A third solution exists, but it will still take some time to implement. 3D printing and/or production on demand could mean not stocking anything. It’s a dot on the horizon that is coming closer every year. Amazon is looking very closely at this alternative. However, one cannot help but think that this solution (the ecological cost of printing still has to be examined) will require brands and customers to make considerable efforts in thought, adaptation and patience.

To end on a lighter note, I’d like to highlight a possible fourth solution: artistic performance. Many contemporary artists base their work on used clothes. The success of the installations of the Italian artist, Michelangelo Pistoletto, or the French artist, Christian Boltanski, shows the public interest in this measure, which whilst anecdotal is still edifying.

This article was previously published on FashionUnited France