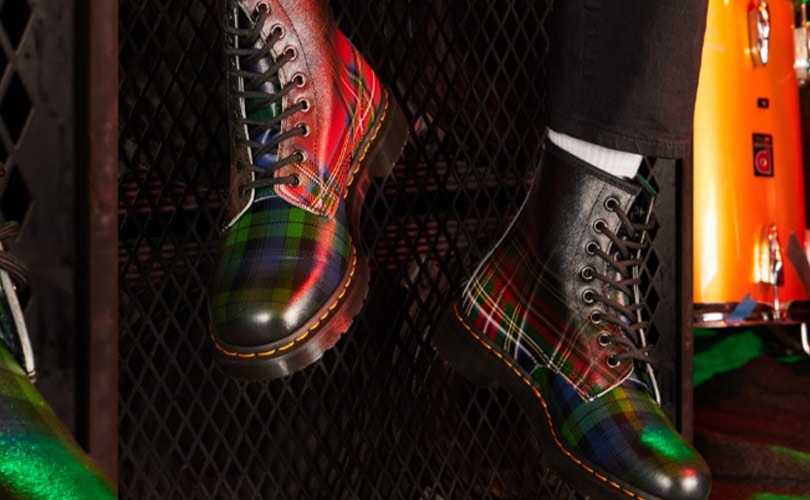 How financial investor Permira polished Dr. Martens to a shine

The British may call them "Doc Martin's" and the Americans "Doc Marten's"; regardless of how you pronounce them, there is a good chance everyone will agree on this point: No boot in the world has ever managed to claim nonconformist and iconic adjectives over such a long period of time. There was no decade in the last almost sixty years of their existence that Dr. Martens boots did not travel the streets of the world. Of course, there were also worse phases (the brand’s most difficult time being in the late ‘90s) - but the label is now again at the forefront of fashion. Despite its longevity, the workwear style of these robust English boots has never lost its electrifying essence: It is both the indispensable companion of every self-confident goths, as well as a popular accessory of some of the biggest fashion figures, whether Kanye West or Nicki Minaj. Punk? Rock? Classic? Grunge? Male? Female? English? German? No matter: Dr. Martens is tough, above all.

And it was born twice. The first birth was an accident. A ski accident. In 1946, Dr. Klaus Märtens broke his foot while skiing. To speed up his recovery, the clever German physician invented and manufactured an air-cushioned sole, made from a car tire. The second birth took place 15 years later, when a family of English shoe manufacturers, the Griggs family, saw an ad by Dr. Maertens in a trade journal. In a flash of genius, Bill Griggs bought the design from the German inventor because he was convinced that this practical and comfortable sole would work wonders when used with professional shoe styles. 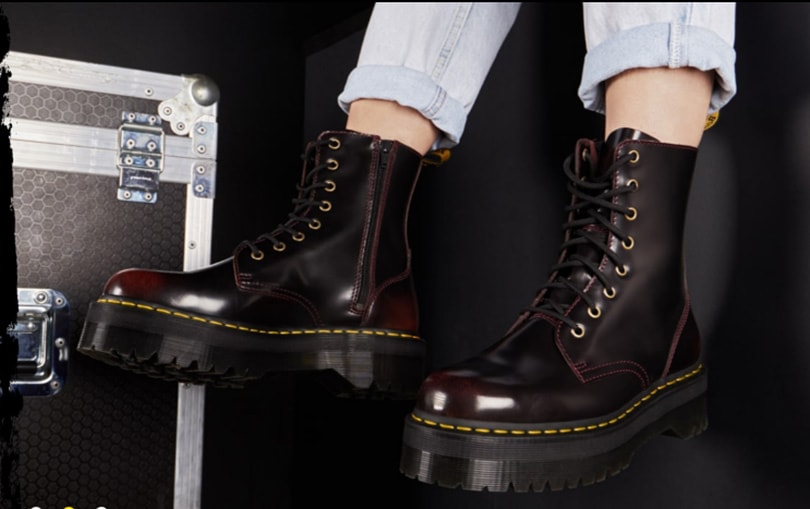 And so, in 1960, in the heart of the village of Wollaston in northern England, the first English factory of the company was started with the production of the famous model Dr. Martens 1.4.60 (the name was anglicized for marketing purposes). This was no April Fool's joke, even though the new owner would probably have laughed out loud had he been told that these working-class boots would become the favorites of rebellious teenagers the world over. Punks, rockers and goths, all wore Doc's. The metal cap, which adorned the front of some models to protect workers’ toes from falling pieces, was appreciated by hooligans in particular; you may guess why. In the early 1970s, the shoes were banned in British stadiums, and the caps have now been cancelled.

Model 1.4.60 is still in production today and its characteristics are unchanged: cherry red leather for purists, eight holes, grooved sole, black and yellow tongue with Bill Griggs' handwriting, visible seams and leather that is resistant to toxic liquids. All "Originals" models use the Goodyear technique that makes it possible to stitch most components of the shoe together with a single seam, thus minimizing the use of adhesives and adding to the firmness of the whole and the breathability of the foot.

Over the years, the boots changed hands several times as well as their place of production. A difficult financial situation in the late ‘90s forced Dr. Martens' parent company, the Griggs Group Limited, to relocate much of their production. Till today, a team still works in Wollaston on old machinery for styles from England that respect the original production process. In the year 2013, the brand was acquired for 380 million euros (345 million pound sterling) by Permira investment fund, then owner of Hugo Boss and New Look. Permira worked wonders though: Since the acquisition, the shoe company has recorded excellent growth, sales have increased as well as the operating result. This year, too, the profit of the British brand rose by 70 percent. What happened?

Since the re-conquest of the market in 2014, the brand almost tripled its sales and opened 60 stores around the world. This re-conquest took place in quite a classical way, thanks to strong allies like fashion designers and iconic figures of the English music scene. Collaboration with designer Marc Jacobs (who re-issued his Grunge collections of 92/93 with a lot of flair) and the Sex Pistols significantly contributed to the increase in sales. Another tool was the significant increase of the number of points of sale: The Group is supported by its network of 109 branches worldwide, and in the past year alone, Dr. Martens has opened around 20 new branches in Europe, the USA, Japan and China (Hong Kong). This international expansion has borne fruits: One third of the turnover comes from the domestic market, while revenues in Europe, the Middle East, Africa and the USA are increasing.

Especially one line makes this happen: The "vegan line” launched in 2016, for which the company has replaced the upper leather of the shoe with synthetic polyurethane plastic. The price of classic models ranges between 110 and 219 euros. These boots already account for four percent of total sales, which is significant. Permira has also not neglected e-commerce, which now accounts for 16 percent of the brand's revenue. This is a great achievement as it meant an increase in online sales of 67 percent in just one year. Thus, the company, which has been headed by Kenny Wilson (previously president of Levi's Europe) since last year, ends the year with a sales increase of 30 percent compared to the previous year. Sales now amount to to 486.35 million euros. Profit rose by 70 percent. In 2018, 8.3 pairs of Dr. Martens' shoes were sold. That is enough to make Permira happy. According to reports, the confident financial investor is said to already be working with investment bank Goldman Sachs to sell the brand for double its purchasing after polishing the boots quite nicely.

This article was originally published on FashionUnited.fr . Edited and translated by Simone Preuss.