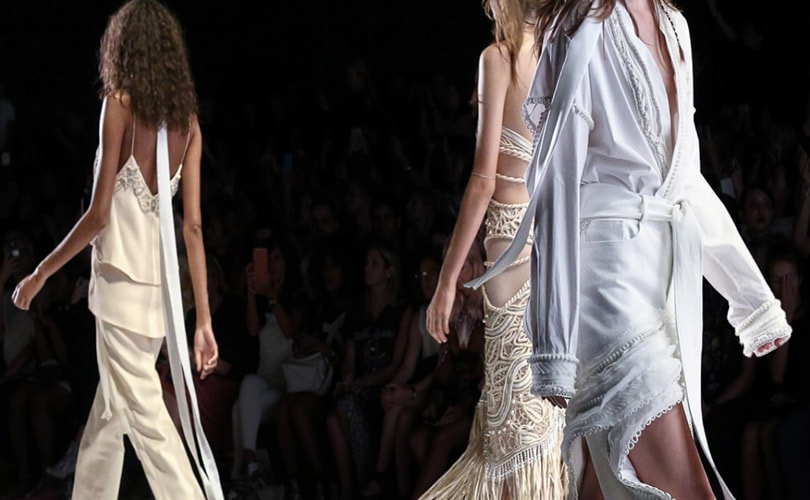 London - This week signals the kick off New York Fashion Week, and much like the rest of the world, the bi-annual showcase has been turned upside down and inside out. With the global climate in flux, thanks to US President Donald Trump, Brexit, and ongoing wars in the Middle East, many sectors have entered into a phase of disruption and the fashion industry is no exemption. Once seen as the leading fashion week, this Autumn/Winter 2017, which runs from February 9 to 16, sees a number of headlining designers and brands take leave of their traditional New York Fashion Week show. Tommy Hilfiger has swapped NYC for LA, Rodarte has opted to show in Paris, and Vera Wang has decided to show her collection in short movie to be released online during the start of Paris Fashion Week. So what does this mean for the Big Apple’s fashion week, once seen as the holy grail of fashion weeks for both the buyers and designers?

Interested in reading more on how much money New York Fashion Week makes, but short on time? Then click here for our 10-second read.

FashionUnited previously calculated that New York Fashion Week generated the highest income from all the global fashion weeks, annually bringingin more than 900 million dollars - which is more money than leading events such as the US open and the New York City Marathon. But with the current state of disarray taking place in the industry which sees designers break away from traditional show formats, collection presentation and even collection design, will NYFW still be on top? Or will another international fashion week, such as London, Paris or even Milan steal the top spot? In this mini-series, FashionUnited asks how much money cities gain from hosting a fashion week and examines how much money New York makes from Fashion Week.

Disruption in fashion seems to be sitting well with New York, as according to FashionUnited’s calculations this season will see New York Fashion Week generate even more income than the same period last year. Last spring saw NYFW bring in a total income of 574 million dollars (514 millions euros), but this time round the event is set to bring in a total income of 598 million dollars (540 million euros.) This is more than any other international fashion week according to FashionUnited’s calculations, which sees NYFW secure its title as the most-money making fashion week in the world. But how much of this money goes to the city itself? In order to calculate the main costs and income each city generates during fashion week, FashionUnited looked at the number of visitors each fashion week brings to the city; the average income and spend per visitor per fashion week; local hotel and food costs; sales taxes and applicable tourist fees, as well as an corporate taxes and external expenditure. 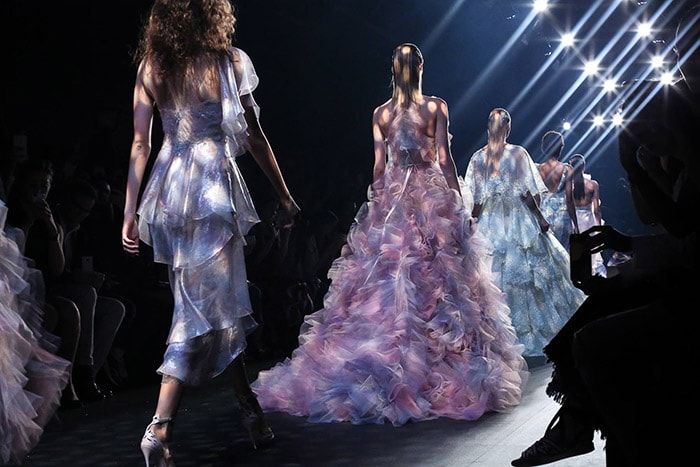 New York Fashion Week Autumn/Winter 2017 is set to welcome approximately 150,000 unique visitors this season, who will undoubtedly be travelling all across Manhattan to visit numerous shows and events. Designers and brands who are not hosting an event in-store will have to rent out a local venue to host their presentation or catwalk show, which can be a pricey affair - especially during fashion week season. Local venues in New York City which are rented out during NYFW generate approximately 199 million dollars, which is close to 33 percent of New York Fashion Week’s total income. The city of New York also benefits from the venue rentals, as general sales tax, use tax, food tax and service tax in the city is 8.8 percent, which means NYC earns approximately 17.5 million dollars in sales tax from venues rentals.

Eating out in New York tends to be pricey affair, unless you are content eating hot dogs or food off of street carts every day. With a surge of external visitors pouring into the city during fashion week, local restaurants and cafes are set to benefit from their arrival as each unique visitor is estimated to spend 986.66 dollars on average on food during their fashion week stay, bringing the total restaurant income to 148 million dollars. With the current sales tax and use tax on food sitting at 8.875 percent in New York City, the city itself will earn 13.1 million dollars in taxes from its local restaurants.

Retail stores are also set to enjoy a surge in spend during New York Fashion Week, as visitors to the city will undoubtedly be encouraged to shop the latest fashions shown on the catwalk, thanks to the rise of see-now, buy-now. With each unique visitor likely to spend 793.33 dollars on average while shopping, this sees local retail stores generating a total income of 119 million dollars. Of course, the local municipality also benefits from sales taxes on apparel and footwear, earning an additional 10.1 million dollars. The 150,000 unique visitors will also need somewhere to stay during New York Fashion Week, as hotels and accommodations services in the area are estimated to generate 132 million dollars during the fashion event, which each visitor spending on average 880 dollars on their accommodation. The City of New York also earns a money from this influx in tourist, with the current rate for tourist tax sitting at 2 dollars per night.

In addition, the city of New York also gains from the company tax charged on the profits of local business, with the current tax rate at 23 percent. From the total New York Fashion Week income of 598 million dollars, local businesses gain financially 530 million dollars and the City of New York earns 68 million dollars, which the average visitor spending 2660 dollars. All expenses used in FashionUnited’s calculations are based on an academic research on New York Fashion Week from 2014, which divides income from several sources including local venues, retail stores, restaurants and hotels and is verified by NYCEDC. FashionUnited’s AW 2017 update is verified by the New York City municipality and NYCEDU.