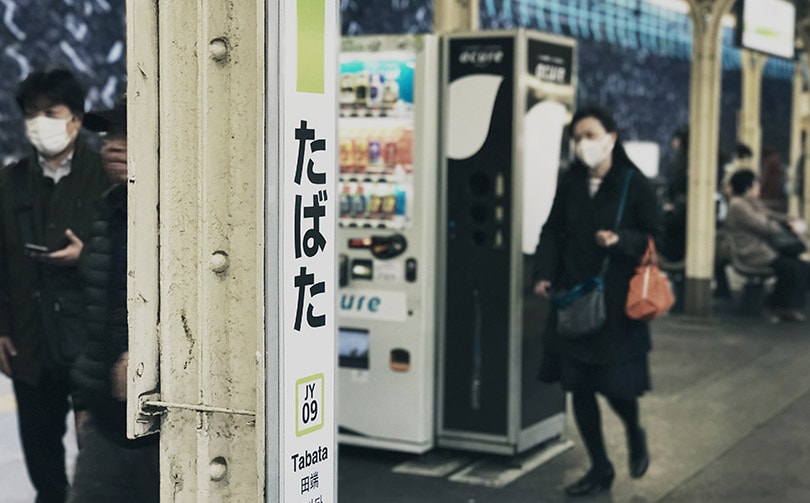 Report: How the coronavirus is affecting Asia’s travel and retail

Asia is currently going through widespread economic and business disruptions caused by the outbreak of the coronavirus (COVID-19), which originated in Wuhan, Hubei province in China, and the stringent government measures to contain it, threatening to stall the economic growth of major markets in Asia. Reason enough for Fung Business Intelligence, the knowledge bank and think tank for Hong Kong-based multinational Fung Group, to analyse the impact of the coronavirus disease on Asia’s retail markets, with a focus on department stores and the duty-free sectors. The resulting report “Impact of Coronavirus Disease on Asia’s Retail and travel-related Sectors” also looks at the coronavirus’ impact on the tourism industry in Asia.

Fung Retail Intelligence believes that the current COVID-19 outbreak could have a deeper impact on Asian economies and their respective retail and travel-related markets compared to the SARS epidemic in 2002-03 given that there are now more Asian countries with increased economic ties to China - for instance, China is now the largest export country for Vietnam, Singapore, Japan, South Korea, Malaysia and others. “As these countries become more reliant on Chinese demand as a source of growth, dampened consumer demand from China, along with supply chain disruptions on the production side, will have a significant impact on their economies,” cautions the report.

Coronavirus could have a deeper impact than SARS 2002-03

Add to that the fact that Chinese tourists remain the biggest spenders of all international travellers, thus their absence, following the Chinese government’s ban on all outbound group travel after the Chinese New Year (from 27th January 2020) to contain the spread of the disease, comes as a tough blow to the retail and travel-related sectors in many Asian countries, of which the fashion and luxury industries are a part. “The outbreak also reveals how dependent retail businesses – especially department stores and travel retailers – are on visitors from China,” finds the report.

However, Fung Business Intelligence remains positive and points to four important reasons why Asia is now better geared to handle the current crisis than almost two decades ago when SARS 2002-03 struck: “The difference for Asia, now, is that its economic fundamentals are more robust, its technology more advanced, its services more diverse, and its consumers more resilient. For these and other reasons including a raft of initiatives launched by local governments and relevant parties to support businesses, we believe the COVID-19 outbreak is not likely to cause long-term effects on Asia’s retail and travel-related markets.”

Asia is now better geared to handle the current crisis

As of 18th February 2020, there are now more than 73,000 confirmed coronavirus cases, with a majority (more than 72,600) in China, followed by Japan (more than 500 including cases on the Diamond Princess cruise ship) and Singapore (more than 80). Other cases have been confirmed in Hong Kong, Thailand, South Korea, Malaysia, Taiwan, Vietnam, Australia, India and the Philippines. Thus, many people are calling off travel plans over coronavirus fears and hassles over the currently imposed travel bans and quarantine requirements.

According to the Economist Intelligence Unit (EIU), this means that Chinese outbound tourism is unlikely to recover to pre-coronavirus levels until the second quarter of 2021 and the coronavirus outbreak is expected to cost the global tourism industry about 80 billion US dollars (about 60 billion pounds) in lost revenue, with key players in the market probably taking more than a year to recover.

What the travel ban means for Asian countries, Europa and the United States

ASEAN countries will suffer the most as they are all among the top 20 destinations for Chinese outbound tourists, continues the EIU, estimating that visitors from China will decrease sharply by 30 - 40 percent this year, resulting in a loss in tourism revenue of 7 billion US dollars (about 5.4 billion pounds) in the region. Especially Japan has felt the pinch, where Chinese tourists represent 30 percent of all foreign visitors, and spent 16.2 billion US dollars (12.55 billion pounds) in Japan last year.

According to the Singapore Tourism Board, China is the city’s largest tourist source and Singapore is thus expected to see a drop in tourism arrivals of up to 30 percent compared to last year, representing a daily loss of 18,000- 20,000 foreign tourist arrivals. In Thailand, this number even dropped by 86.5 percent in the first week of February and is expected to plummet to 50 percent in the first half of 2020 according to the Tourism Authority of Thailand, costing the Thai economy 3.05 billion US dollars (2.36 billion pounds) in the first four months of the year alone.

Though the impact on the tourism sector in Europe and the United States is comparatively milder, with Chinese tourists only making up 4 percent of total foreign visitors, “some European economies are likely to see weakened consumption if there is a sharp decline in Chinese tourists throughout 2020,” states the report. In the first half of 2019, Chinese nationals made 3 million visits to European countries, up by 7.4 percent year-on-year, according to the Chinese Tourism Academy.

How Asian department stores and duty-free operators are affected

In Japan, department stores like Isetan Mitsukoshi, Takashimaya, Sogo & Seibu and Daimaru Matsuzakaya all have seen a decrease in foreign visitors starting from the Chinese New Year holidays, resulting in a drop in sales. In South Korea, department stores like Lotte, Shinsegae and Hyundai and Lotte and Shilla duty free stores were temporarily closed due to sterilisation efforts. Sales dropped between 11 and 30 percent during the first weekend in February.

In Singapore, department stores like Honestbee, OG and BHG Holdings either adjusted their timings or shut their stores temporarily, with the latter seeing sales of its six outlets drop between 40 and 50 percent since the first case was confirmed in the city on 23th January. Luxury travel retailer DFS announced the closures of its locations T Galleria by DFS in Tsim Sha Tsui East and Hong Kong T Galleria Beauty by DFS from 8th to 29th February.

While the Japanese government announced a limited 96 million US dollar (about 74 million pounds) package of emergency funds on 14th February, the Taiwanese Ministry of Economic Affairs plans to provide financial assistance to domestic retailers and food service providers by offering loans, loan extensions and subsidies on interest. The government also considers providing coupons worth 66.1 million US dollars (around 51 million pounds) to be used at night markets, shops and restaurants as a means to boost local consumption once the spread of the virus subsides. In Singapore, the government announced that it has set aside 4.02 billion US dollars (about 3.11 billion pounds) in the coming year to help businesses and households.

The Restaurant Association of Singapore has also asked shopping mall landlords for a rental rebate of 50 percent from February to April to help the food and beverage industry, which has seen a significant drop in business. Singapore’s largest property developer, CapitaLand, has launched a 10- million-Singapore-dollar (7.14 million US dollars or close to 6 million pounds) marketing assistance program to help its retail partners cope. Jewel Changi Airport announced a rental rebate of 50 percent for its tenants during February and March.

“It is hard to predict when COVID-19 is going to end. Considering the sharp drop in the number of Chinese tourists and the subsequent adverse impact on domestic consumption, we expect major retail markets in Asia to remain under pressure in the first half of 2020. That said, the sound economic fundamentals of these markets, along with a raft of initiatives launched by local governments and relevant parties to support the retail and travel-related sectors during the COVID-19 outbreak, are likely to guide businesses through the tough times and pave the way for recovery,” ends the report.

Photo by Zhipeng Ya on Unsplash