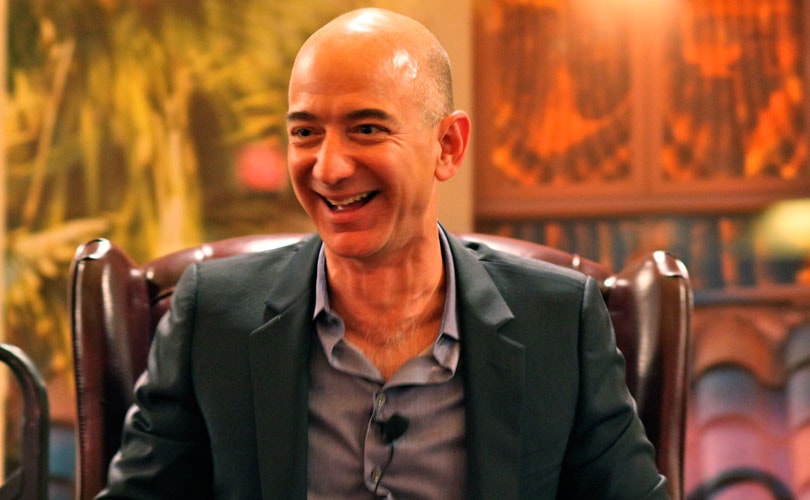 London - It may have been a difficult year for some, but for Jeff Bezos, CEO of online giant Amazon, it was his best year yet - at least in terms of money. No other billionaire in the world saw their fortunes increase like Bezos, who saw his net worth grow by a staggering 27.6 billion dollars - more than the total net worth of all but the top 24 richest billionaires, according to Forbes 2017 World's Billionaire list.

Bezos currently holds a net worth of 72.8 billion dollars, making him the third richest billionaire in the planet after Microsoft's Bill Gates and Warren Buffett. The past year saw Bezos enter Forbes World's Billionaires top 10 ranking for the first time and thanks to his most successful year to date, Bezos has climbed two spots up, firmly securing 3rd place. Part of Bezos net worth boost is linked to Amazon's stock, as Bezos owns close to 17 percent of Amazon.com

Over the past year Amazon's stock price grew 67 percent over the last year due to its successful cloud-computing unit, Amazon Web Services, ongoing investments in fashion as well as the ecommerce platform's push into new markets, like India. Seen as the leading ecommerce business, Amazon is said to be the fastest company in history to hit 100 billion dollars in annual sales, which it hit in 2015. Offering everything from fashion to books and homeware, the US online giant holds the largest market in its home town, accounting for 43 percent of all US online retail sales in 2016 according to Slice Intelligence.

As Amazon continues to grow its online market share in the US and overseas, the e-commerce company set its sights on dominating another market - fashion. The online company is expected to surpass Macy's as the biggest apparel seller in the US sometime this year, as Amazon continues to invest in developing its own private-label apparel brands and expanding its fashion offering to include higher end brands such as Stuart Weitzman and Zac Posen. The online company previously opened its own state of the art photography studio dedicated to fashion in Shoreditch London and is said to be developing its own private-label athleisure and plus-size offering as well.

In addition, Amazon recently launched a new tool on its app "Outfit Compare" which is designed to help Amazon Prime Members select what outfit they should wear for the day. The tool includes advice on fit, colour, styling and trends and is part of Amazon bid to boost its fashion offering.