The global wedding industry is estimated to be worth over 300 billion dollars and growing bigger every day. While businesses around the world are witnessing a decline in consumer spending amid tough economic conditions, when it comes to weddings the splurging trend seems to only go up.

While thousands of couples around the world are busy preparing for a fairytale day with a dream of ‘living happily ever after’...FashionUnited delved deep into the wedding markets of India, China, Spain and the USA to explore the trends that are positively influencing the big fat wedding industry around the globe. The most important conclusions are mentioned below….

While the wedding event management industry witnessed a considerable dip in their business during the economic downturn from 2008 to mid-2010, things have now changed for the better and the market has bounced back. From caterers to wedding consultants; from bridal wear designers to beauty salons, jewellers, photographers and DJs; from florists to honeymoon tour organisers and hoteliers, all are thriving on the growing prospects of this industry.

Every year couples marrying in the United States splurge almost 60 billion dollars to say “till death do us part”. ‘The Knot 2015 Real Weddings’ study found that in the period 2010-2015, the average wedding costs in the United States increased by more than 5,500 dollars.

In Spain the overall budget on weddings in 2014 increased by 31 percent to 18,503 dollars (16,500 euros), marking a return to optimism of newlyweds and their belief in greater financial stability, says the IESE Business School report.

Finally even the China Wedding Industry Development Report points out that the wedding industry in China amounts to 80 billion dollars and is expected to continue to increase over the coming years due to the rising wealth in the Asian giant. Chinese couples spend an average of 12,000 dollars on their wedding and there are more than 10 million weddings in the country every year. Therefore it is estimated that the wedding industry will reach a size of 120 billion dollars in the next few years.

According to the IESE study ‘Millennial Brides. Born in the 1980s, getting married today’ the US is the third largest manufacturer of wedding dresses worldwide. The country produces over 1.8 million wedding dresses a year and its annual turnover of from dresses alone is almost 2.8 billion dollars. American brides spend around 1,500 dollars on their wedding dress.

Spain and China are the other two large manufacturers of wedding gowns. Since 2014 the total production of bridal wear in Spain was worth 1.4 billion dollars (1.3 billion euros), which consists of domestic turnover of around 845 million dollars (754 million euros) and exports of 568 million dollars (507 million euros). The upper end of bridal gown price range (over 3,000 euros) with a 24 percent share is greater than the offering for the lower end (below 1,000 euros) at 16 percent indicating that a wedding dress is seen as a luxury expense in Spain.

In India, industry experts suggest that along with gold jewellery, the clothing budget for a high-end wedding almost crosses 375,500 dollars. An exclusive, heavily embroidered bridal lehenga or a sari can put a dent in a pocket of over 110,000 dollars or Rs 75 lakh. No wonder that for Indian designers almost 80 percent of business is driven by bridal couture.

Bouncing back after the economic downturn, the global wedding market has emerged as one of the most flourishing businesses. With modern couples banking upon wedding planners for all the wedding arrangements, all businesses related to the celebration are doing good business. Not only local businesses but also foreign designers and luxury brands can benefit from huge business opportunity in emerging markets like China and India.

Take the growing appetite for luxury goods in India for instance: labels such as Dior, Gucci, Christian Louboutin, Harrods, Salvatore Ferragamo, Canali and Judith Leiber are now exploring opportunities in the Indian bridal market. And in China where couples today are moving towards more luxurious western-style weddings complete with a solitaire ring and a luxurious white wedding gown for the bride and impeccable black suit for the groom, foreign brands are seeing this as a huge opportunity to establish a presence in the Chinese wedding market.

Social media and ecommerce are playing an important role in the way weddings are taking place today. Couples are interested in knowing about what’s trending, how their friends react to wedding pictures, while they are also relying upon websites/ apps to handle the entire wedding planning process.

‘The Knot’ survey found that couples are now incorporating special events ranging from bilingual music and Celtic hand tying, Chinese tea ceremonies to custom guest entertainment including cigar rolling stations, wine and liquor tastings, and live dance performers and couples offering signature cocktails, so that they can post pictures on their social media accounts such as Instagram or Facebook.

The demand for designer wear in India, for instance, is driven by the growing importance of e-commerce in the country, which has compelled leading designers to develop affordable lines for the domestic market. Expensive designer ensembles that so far remained a dream for shoppers are now up for grabs online.

The Knot 2015 Real Wedding Study found out that couples are using smartphones more than ever to plan their wedding and that they expect personalized solutions. In 2015, the use of smartphones for wedding planning activities, be it researching and contacting wedding vendors, or creating and managing a wedding registry or personal wedding website, was almost 89 percent.

As we conclude the four-part series on weddings in four different countries, it becomes evident that though wedding traditions may be subject to change and ceremonies have evolved adopting nuances from various cultures and embracing modern trends - weddings continue to be an integral part of people's lives and therefore a strong business opportunity.

All installments of the wedding market series:

1. Indian weddings: An opulent and expensive affair to remember. 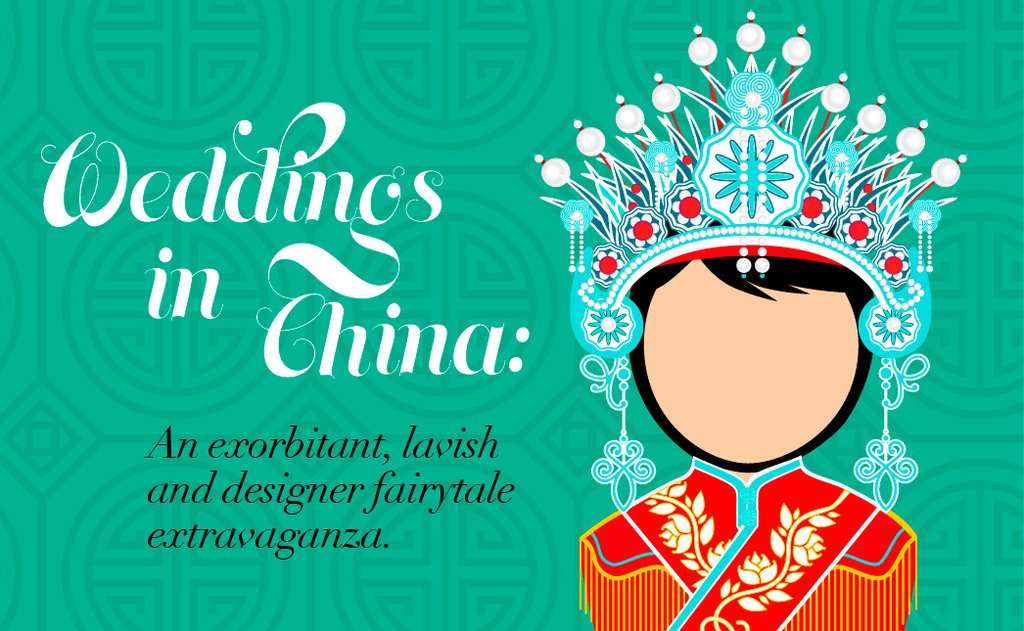 2. Weddings in China: An exorbitant, lavish and designer fairytale extravaganza .

3. Spain - The wedding destination choice of brides across the globe . 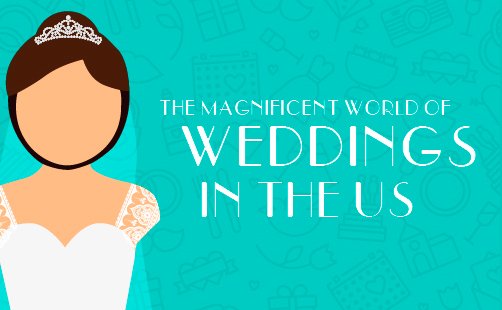 4. The magnificent world of weddings in the US .

No time to read the whole series? Discover our infographics1. Infographic - .

4. Infographic -The magnificent world of weddings in the US.