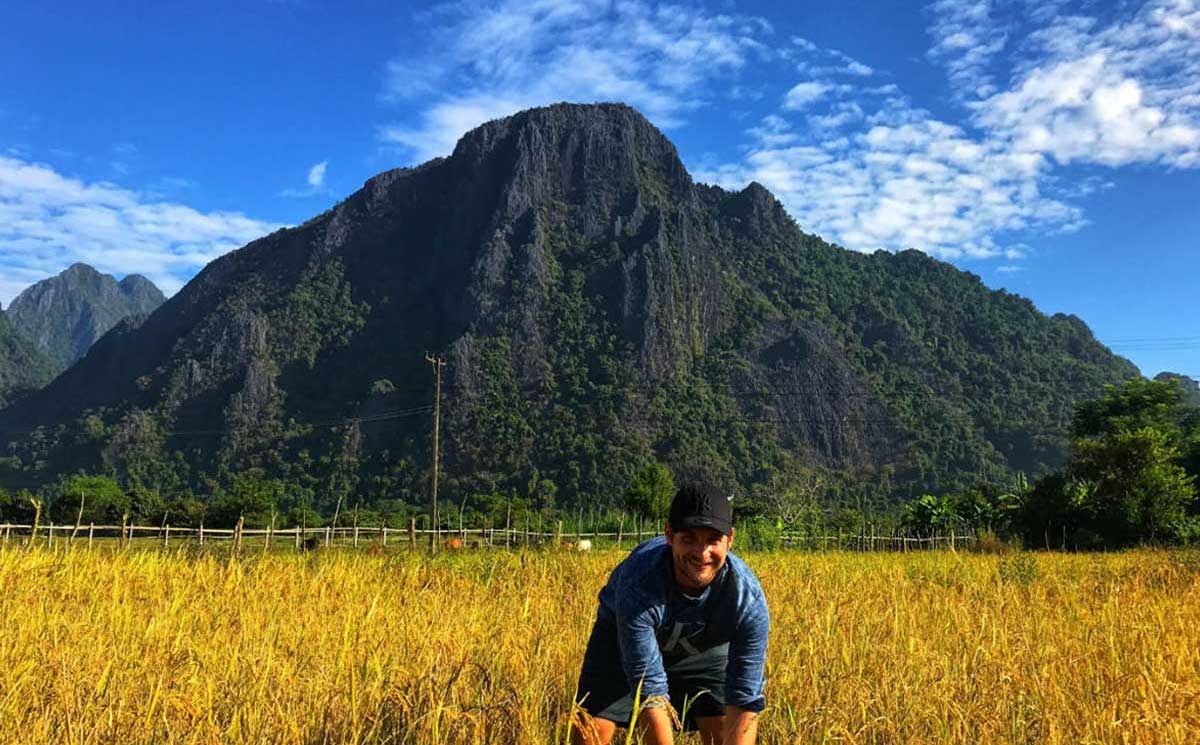 Taking a year off: ex-Foot Locker CFO talks about traveling the world

We may hear of executives taking a sabbatical or a timeout, even in the hectic industry that is fashion, but often, we never hear from them again. In 2017, FashionUnited spoke with Sebastian Janus who had decided to give up his secure position as the CFO/director e-commerce finance for Foot Locker Europe in favour of traveling the world with his wife for a year. More than two years later, FashionUnited was lucky to hear from him again, having been back in Germany for 15 months. This time, Janus talked about his timeout, his travels and shared the insights he has gained. 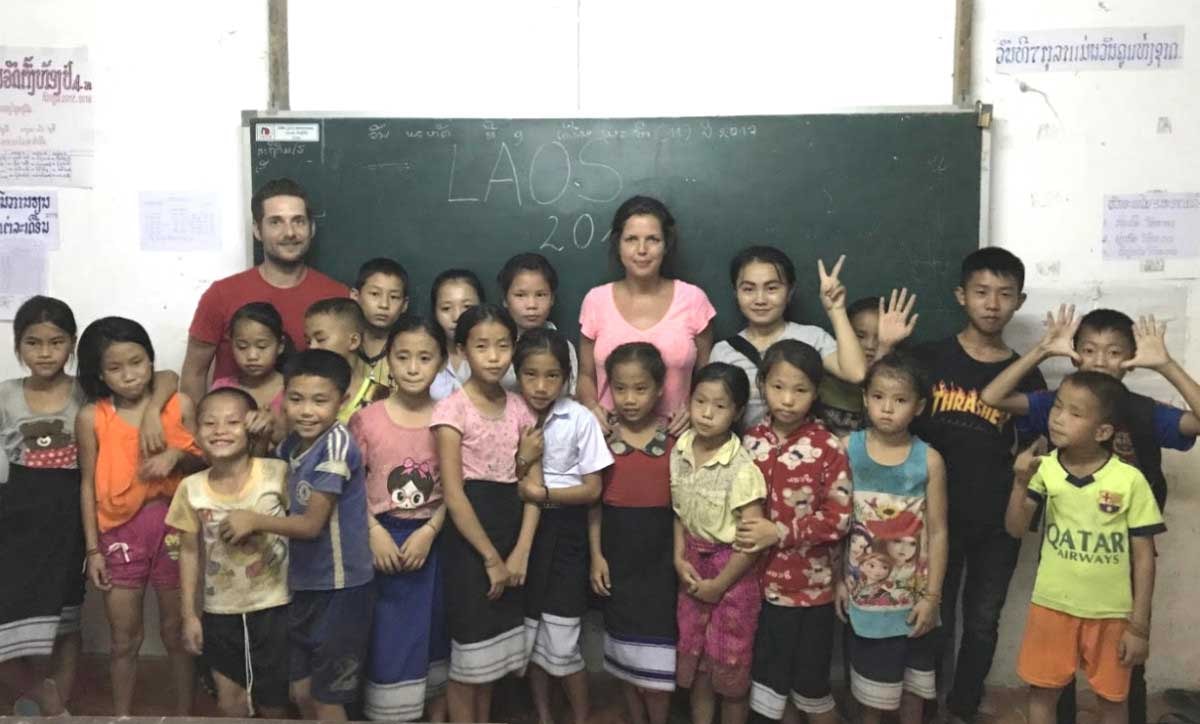 Mr. Janus, your main motivation for taking a year off as a successful entrepreneur in favour of choosing the NGO sector and doing some volunteer work was "to broaden the mind" and "to get to know new cultures and people". Were you able to do that?

Yes, that happened indeed; we did everything we set out to do. In Laos we worked in a rice field - which is bone-breaking work - and we also taught English in a small village in Thailand. There were many young girls in the class and we realised that education and especially learning English is often their only way to find work, for example in the tourism industry. Otherwise, an uncertain future awaits, not rarely one that leads to prostitution. And although our students didn't have much, they were happy. I still get goosebumps thinking about this time and how I stood in front of the class. 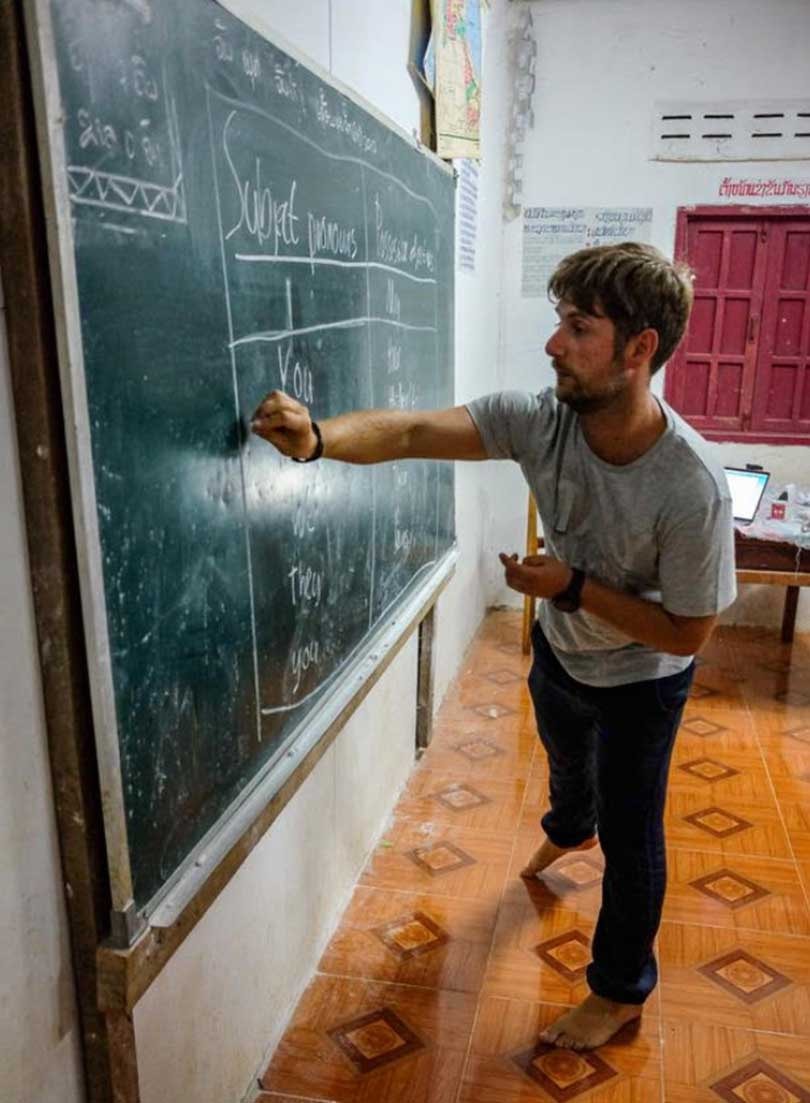 After Thailand, we went to Myanmar, Malaysia, Hong Kong, the Philippines, Australia, New Zealand and South America as planned. We did charity work in an elephant camp, in a kindergarten, in an animal shelter and helped street workers in South America.

Would you have liked to extend your trip?

Not really. I have to say, by the end, I was really looking forward to going home. Every two or three days, we were somewhere else and we had to plan how to get from one place to another. That can get quite tiring. 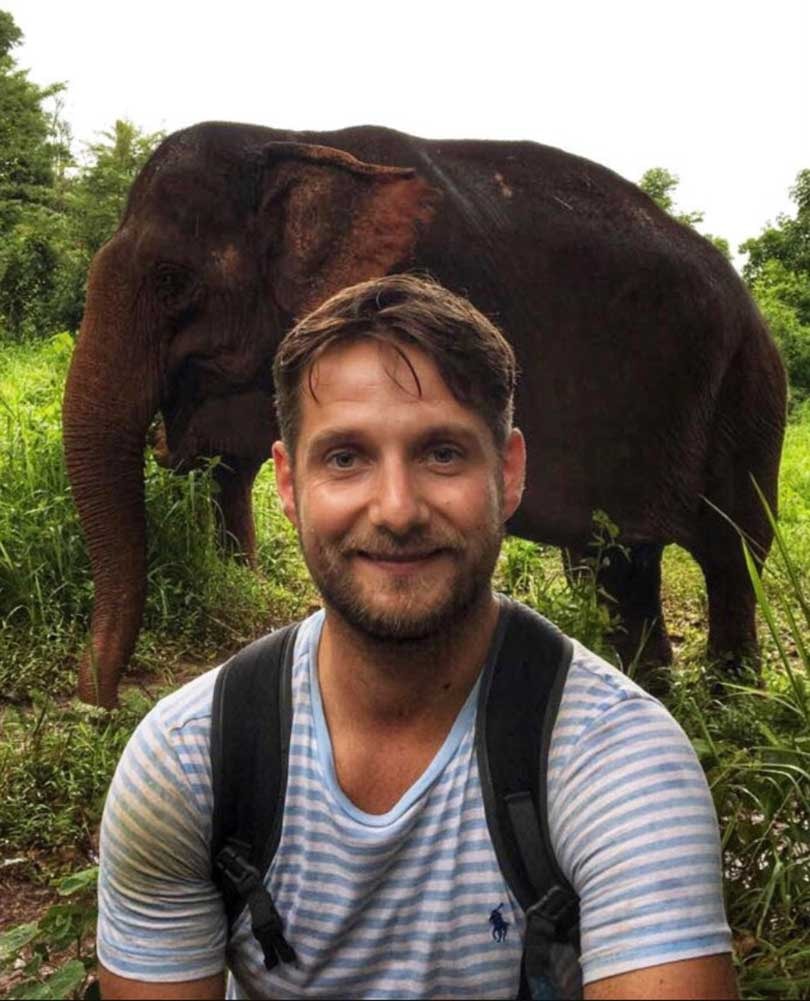 How was it to suddenly be in Germany again?

We have been back since June last year and in the beginning, it was quite strange to be back in Germany, with its structures, starting with shopping in the supermarket. Suddenly, we had access to everything we missed; good bread and bread rolls for example. But after two to three weeks, we were back in the flow. And being self-employed now is different from the hamster wheel of working for someone else.

That's the keyword: Do you miss the sportswear industry?

Yes, definitely. I still have a lot of shoes at home because I'm sneaker crazy. As far as working for a big company is concerned - no, I don't miss it that much. I am an entrepreneur; I have an idea today and want to put it into practice tomorrow. I did my job in the corporate sector back then, but I didn't develop personally. Today, I feel very comfortable with what I do.

Please tell us a bit more about that. What projects are you currently working on?

I am currently active as an interim CFO for scale-ups; I have been responsible for two rounds of financing in this capacity, including one for the start-up Staffbase, which received 23 million US dollars from one of Silicon Valley's largest investors. I'm currently with Dataguard, a privacy protection start-up.

At the same time, I have launched the skin care start-up BeautySelf.de together with my wife. Our goal is to become the largest platform for inspiration and shopping in the skin care sector. 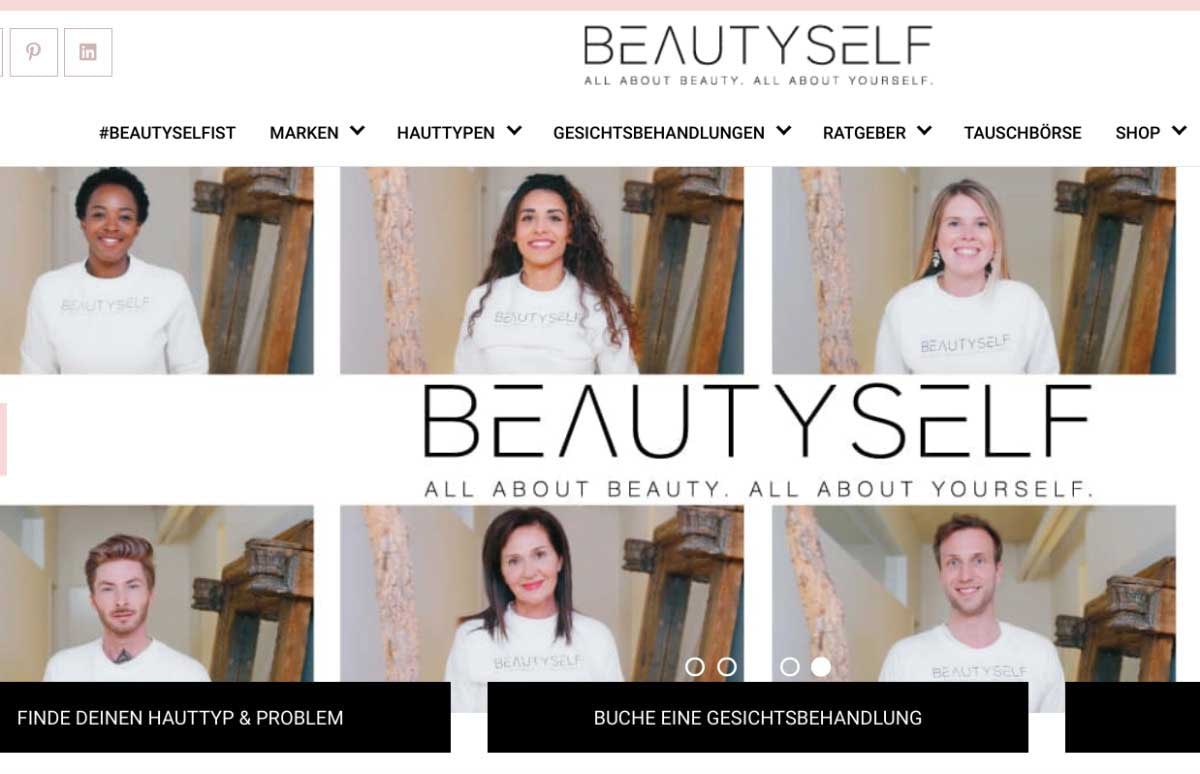 That sounds interesting. What prompted this idea?

A personal need to learn more about acne. The current customer journey is either very complex or does not really work. You go to the Internet and land on Google and from there you might go to pharmacy reviews, Amazon, etc.. But which one is the right product? The choice depends very much on the personal experience; this is why the community is very important and this is exactly where we come in.

How exactly does that work?

BeautySelf is a holistic platform with block articles, explainers, illustrations and discussions. It's all about inspiration. We want to become the biggest platform in the skin care sector and so far, things are going very well: We started in February of this year and relaunched our website in July. We've now built 6,000 followers on Instagram, with above-average rates, which means there's a lot of interest. Currently, vegan cosmetics and natural cosmetics are in demand; this is a trend we are taking advantage of. And as I said, conventional providers may show glossy photographs with models but no personal stories. We want to change that. On Pinterest, which is very popular in Germany, we already have over a million viewers and are the largest skin care account.

How did your previous colleagues and former contacts react? Have you inspired people?

I think so, yes. Many have said ‘It was a brave step to give up a great position for an uncertain future’, but one just has to believe in one’s own abilities. What surprised me in a positive way was the network effect: I had a lot of contacts and wrote to people I knew from the past and then rekindled relationships and built new ones. 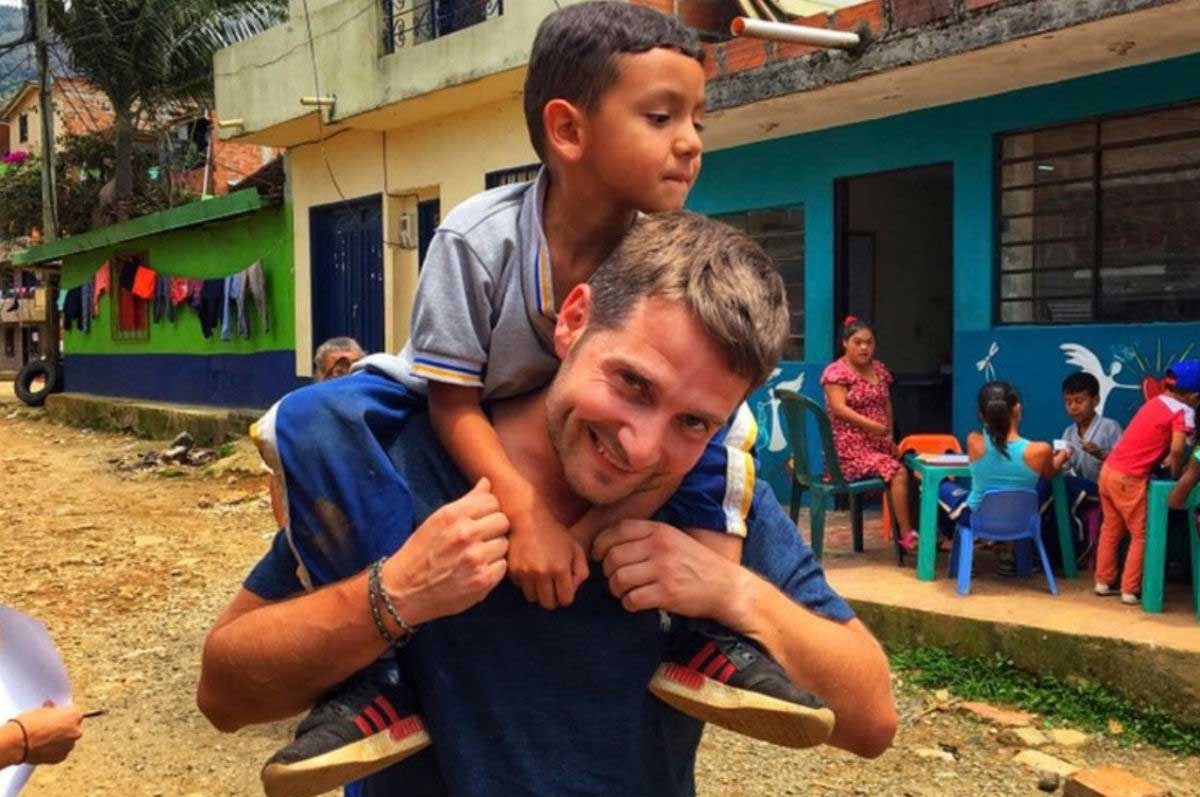 What advice would you give to someone who is planning a similar step?

It is important to focus on mentoring and sharing one’s experiences. I also had a mentor back then and that helped me a lot. I have accompanied my 14-year-old mentee Jolina with her business idea of combating the lack of referees in football with her own app and together, we came second in the business plan competition with the highest prize money in Germany by online platform Start-Up Teens.

Photos: all courtesy of Sebastian Janus