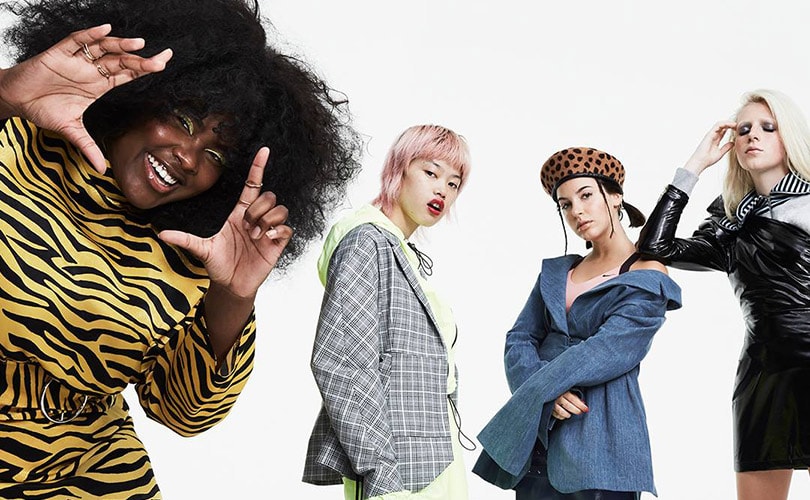 5 questions to future-proof a fashion brand

Buckle up, for consumer behavior is changing fast and fashion companies must react if they want to stay relevant. That was the main message in David Shah’s fiery talk at Dutch fashion trade show Modefabriek, held earlier this week in Amsterdam. One of the industry’s most successful color trend forecasters, Shah is the owner of Metropolitan Publishing, the publishing house behind Pantone View Concept.

Shooting an impressive amount of words per minute, Shah’s talk guided the audience through the main societal developments affecting the fashion industry today, and the questions fashion retailers must ask themselves to navigate “the perfect storm” the industry is going through.

Question #1: How is your brand helping people to unwind?

According to Shah, most people around the world are feeling tired, overwhelmed and pessimistic about the future -- and rightly so. China’s GDP has its lowest growth in almost 30 years in 2018. In France, the lower middle-class is taking to the streets to vent their frustration about staggering incomes. Mental health is a growing concern everywhere. And those are just three of numerous examples of how morale is going down.

Such a context generates a coping economy: scented candles, detox smoothies, oversized teddy bear coats, good news sections on newspapers… According to Shah, all those products reflect our desire to switch off, unwind and forget to worry for a moment. That’s why the next Pantone View Concept, dedicated to the Spring/Summer of 2020, has the sea as its theme. From pastel aquas to the deepest shades of blue, consumers are forecasted to be drawn to the calming hues associated with water.

But there’s another strategy to cope with our stressful, demanding, fast-paced times: reconnecting with the child within. To Shah, there’s a reason why coloring books were such a hit years ago, as are adult theme parks now. It’s not for nothing that “nostalgia” and “1990s fashion” were among the most-search terms on Google last year. The rise of fun and playfulness indicates consumers want to bring back childhood memories, a time when things didn’t seem so complicated. In fashion, this trend manifests itself through the use of bright, primary colors. “Neon is not a one season phenomenon. It’s here to stay”, said Shah, noting that sales of black apparel went down 16 percent between 2017 and 2018.

Last but not least, consumers are looking to unwind by going outside and reconnecting with nature. Never before have we heard the words "wanderlust" and "sabbatical" so often. “That’s why all the Chinese are flocking to Norway, that’s why The North Face opened a pop-up store on top of a mountain”, explained Shah, asking the audience in a rather defying tone: “what’s your strategy for fun?”

Question #2: How will you simplify your brand’s story?

Less is more, more than never before. Brands are looking to work with micro-influencers. Consumers are turning to smaller, local brands. Or brands that only offer one type of product. Handbags and wallets are getting smaller, as our smartphones have replaced several other devices and we move towards a cashless society. Companies’ logos are becoming more simple. Some of the most successful businesses today cater for a specific niche. When it comes to interiors, minimalism is the biggest trend, while Marie Kondo is rising to rockstar status by teaching people to tidy up their homes. Ugly sneakers were among the best selling shoes of 2018, as comfort seems to be more important than style, and now we’re seeing the rise of what Shah calls “understated, unremarkable” sneakers, such as the ones sold by Allbirds. Raw, unfinished natural fabrics are set to gain momentum in the next few seasons.

Why is all this happening? Once again, because people are overwhelmed and looking to simplify their lives. But, mostly, they’re broke. Millennials have less disposable income, many are in debt. “The ‘you do you’ message we’re seeing everywhere is great because they have no money”, said Shah.

Question #3: How is your brand talking to the citizens of the world?

Even though Brexit, Donald Trump and the rise of anti-immigration political parties in Europe may lead us to think otherwise, globalization is here to stay. About 3 percent of the world’s population live outside the country where they were born, more and more people have access to the Internet and worldwide media companies such as Netflix are creating an “omniculture” almost everyone is aware of, regardless of their location. In fashion, Virgil Abloh is making headlines by celebrating diversity on the runway and fashion labels are expected to “mix and match” elements from different cultures even more in the future. Expect consumers to not only be aware of cultures other than their own but to explore these foreign elements in fashion and décor as well.

Question #4: How is your brand a rebel?

For some, lighting up scented candles and crawling under a big "hygge" blanket isn’t enough. They need to protest against injustice, inequality and environmental issues. They want change. “And they’re starting early”, noted Shaw, showing pictures of kids taking part in marches alongside their parents. Radical Monarchs, an organization for young girls of color, is perhaps the biggest example of how young people are much more political today than previous generations were at their age.

In such a context, brands are required to take a stance. Just think of Toms’ initiative to counter gun violence in the US and Nike’s decision to invite Colin Kaepernick for an advertising campaign, to name but two recent examples.

Shah even qualified “scrumbo fashion” (a sloppy style based on oversized, comfortable streetwear, made popular by the likes of Justin Bieber) as a form of protest: looking unkept to go against the norm. “However, one should note all brands Bieber wears cost a fortune”.

Question #5: How is your brand redefining luxury?

Luxury isn’t the same as it used to be. Remember the younger generations are broke and looking to simplify their life. They don’t care about owning things anymore, accustomed as they are to services like Airbnb, Uber and Rent the Runway. Additionally, a growing number of offices now allow casual attire and a rising number of people work as freelancers, either from home or co-working spaces. Last but not least, rappers are the biggest idols of Generation Z, not Hollywood stars. As a result, suits and gala dresses are no longer the objects of desire they used to be. Glamour has a new meaning. Luxury has to move towards everyday life if it is to survive, according to Shah. “When people go to a wedding or a funeral wearing sneakers, it’s over. It’s over, Jimmy Choo”, he said, soon dropping another bomb: “and that’s why Rihanna is going to be the new Coco Chanel”. He finished his talk with some financial advice: “some sneakers are better investments than many bonds”.