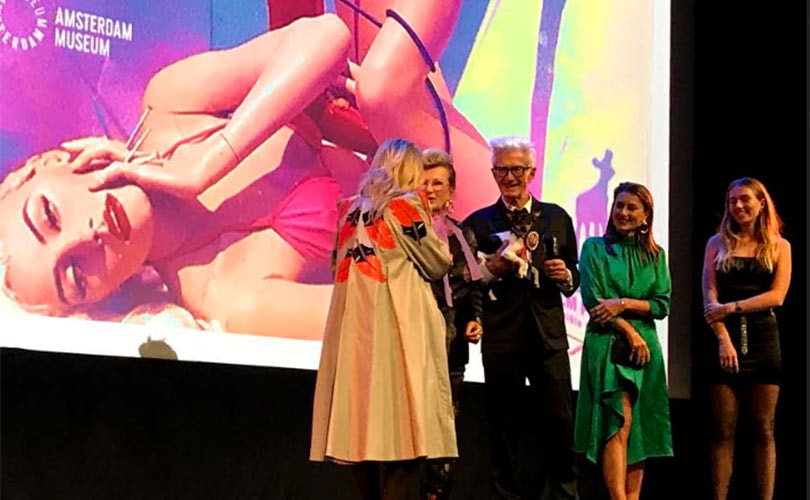 On Wednesday evening the Dutch glitterati descended to Utrecht to see a documentary about the iconic fashion duo Puck and Hans at the Nederlands Film Festival (NFF).

Titled Puck & Hans - Made in Holland, the film charts the course of Puck Kroon and Hans Kemmink’s incredible 30-year career, which began with a small boutique in The Hague in the 70s, selling one-off garments made by Puck, before moving to Amsterdam and opening their flagship store on the Rokin.

Their creative designs quickly garnered the attention of a new generation with a taste for the avant-garde, ranging from Dutch royalty to famous artists and performers, models, DJ’s and the cool crowd of the times.

Known for their hand-painted blouses and silk fabrics they brought back from their travels to India, they were the first to show fashion as aspirational and as an expression of one’s self. Their customers became friends, and friends became customers, as was evident at the premiere which saw a full house of their extended fashion family.

In the film, director Peter Wingender follows Puck and Hans over the course of a year as they prepare for the opening of their first retrospective exhibition in the Amsterdam Museum in the summer of 2017. Wingender shows how their influence resonated across the Dutch fashion industry and made them a national treasure, at the same time capturing the nostalgia and wit that make them a source of inspiration today. A wealth of archive footage sees international icons such as Karl Lagerfeld and Viktor & Rolf tell the viewer the unique value Puck and Hans hold for Dutch fashion, but also in the hearts of Amsterdammers and beyond.

The eponymous Puck and Hans boutique was a sign of the times, with window displays rivaling those of London, Paris and New York. It was the first stop for fashion as we know it, celebrating design, craftsmanship and creativity. But like most retail and design careers, theirs was a success because of hard work and graft, which Hans iterates was a 24/7 job.

Puck & Hans - Made in Holland will be in cinemas from 3 October.