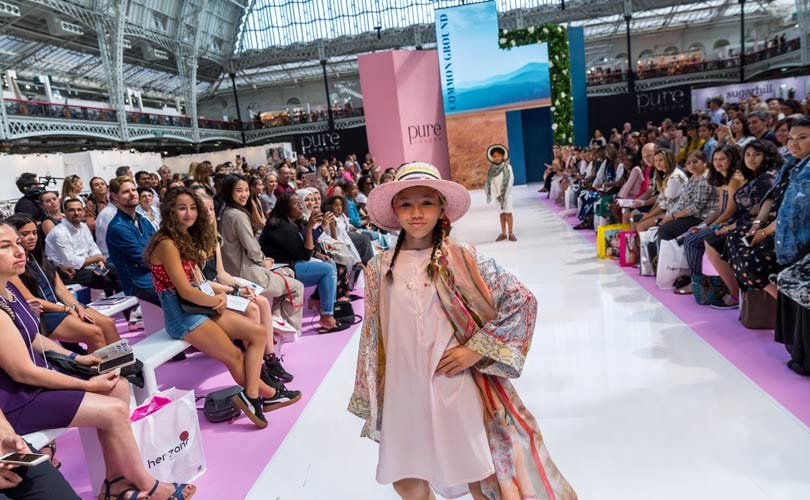 Pure London has confirmed that it will relaunch children’s fashion trade show Bubble London as part of its February 2019 edition.

Bubble London, the bi-annual children’s trade show billed as “London’s biggest and most comprehensive kids’ show”, announced in April that it was closing after 10-years after organisers stated that it had become clear that the scale of the childrenswear industry and the budgets available made it “difficult for the kidswear industry to support a major national event”.

The event will now be relaunched as part of the successful Pure London trade show, and become part of the line-up that already includes womenswear, menswear, footwear, accessories, young fashion and sourcing.

Gloria Sandrucci, head of sales at Pure London said in a press statement: “News of Bubble’s closure caused huge disappointment in the industry. Following Pure London’s sale to ITE Group, our introduction of Pure Kid last season, and lengthy research amongst retailers and brands, it became apparent how much the industry wants and needs a platform for kids.

Lindsay Hoyes, event director, Bubble London added: “Pure London provides a perfect new home for Bubble and I am delighted that the childrenswear industry will now be able to participate in the largest trade fashion event in the UK and experience the business opportunities this comprehensive offer will undoubtedly generate for buyers and brands alike.”

Bubble London will be part of Pure London at London Olympia from February 10-12.