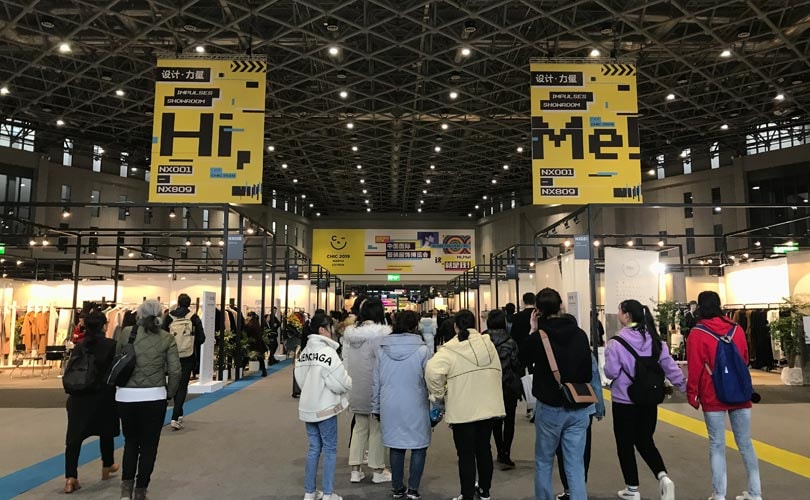 Shanghai - While China is on course to surpass the US as the world’s biggest clothing market this year, the future of the country’s fashion industry is still uncertain.

Chinese fashion companies have yet to figure out how to appeal to millennials and succeeding generations as labor costs increase the pressure to automise production and adjust their brand strategy. The Chinese consumers born after the 1980s are drawn to individualism unlike their predecessors. The new individualist consumer was the inspiration for the theme "Hi Me" at China's biggest fashion fair Chic Shanghai, which took place between 12-14 March.

“The transformation that our industry and overall economy is facing is as steep as a cliff,” said Zhao Weiguo, professor at the fashion department of Zhejiang Sci-Tech University, during a presentation at the fair. “This means that there is a wide gap between past and future and everyone faces the question of how to leap over it."

There is no short supply of producers, however. The number of exhibitors at Chic has increased 14 percent to 1,365 exhibitors compared to last year amid the ongoing transformation of China’s fashion market. “The market and companies are facing a lot of pressure,” said Chen Dapeng, vice president of China’s National Garment Association and organiser of the fair at a press conference. 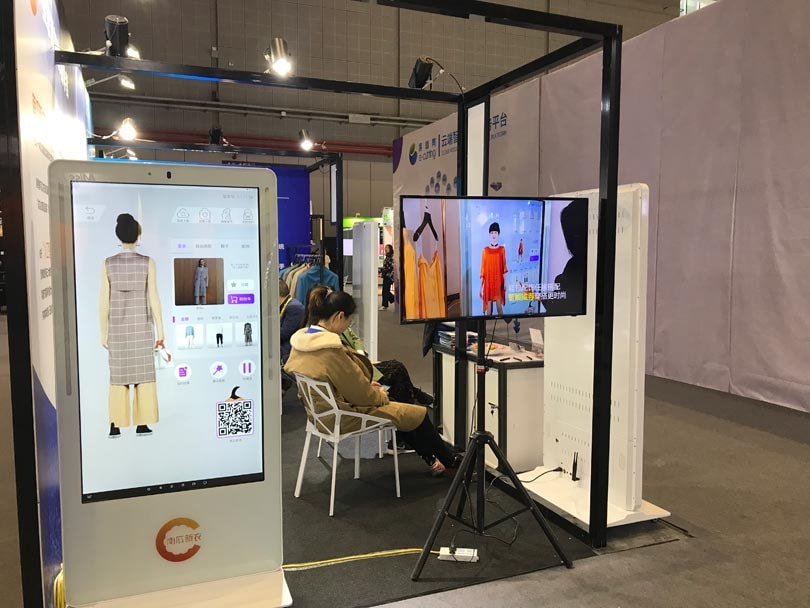 According to Chen, consumers tend to focus more on the quality of garments rather than the quantity of them, adding that technology has significantly changed the way consumers are buying clothes. Technologies such as artificial intelligence will help companies to target their customers and avoid overstock all while limiting the costs as textile workers' wages are on the rise. A part of garment manufacturing currently done in China will also move to midwest China, Southeast and South Asia as well as North Africa, according to Chen.

“As the biggest manufacturing country, it’s impossible that all of China’s production will move abroad,” he said. “We need to improve the value added of the products with design.” 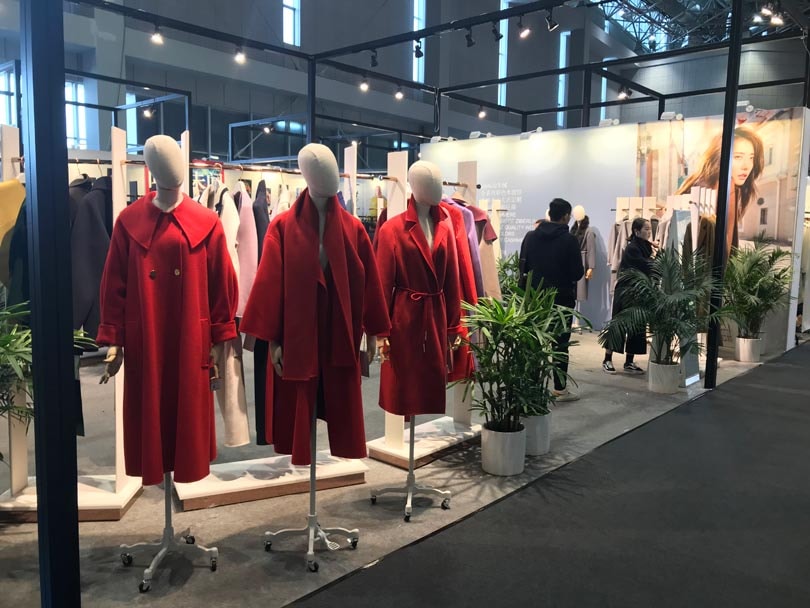 While China’s technology sector has produced international heavyweights such as Huawei or Alibaba, an equivalent fashion brand hasn’t emerged yet.

The soft cashmere garments and lush down puffer jackets that line the booths at Chic provide proof of the high quality achieved by domestic manufacturers. Moving up the value chain, however, requires design and branding that appeals to consumers. In China it’s key to understand the rapidly changing and diverse demands of consumers born after 1980, who are more and more influenced by their western counterparts. The purchasing power of these groups, which currently consists of roughly 410 million people, will only grow in the years to come.

“Working with the internet age and the millennials, Chinese fashion companies have a huge potential to uncover - there is a huge future market waiting for us,” said Lu Shan, vice president of Chengdu-based fashion company Rady Boer Enterprise, during his presentation at Chic. 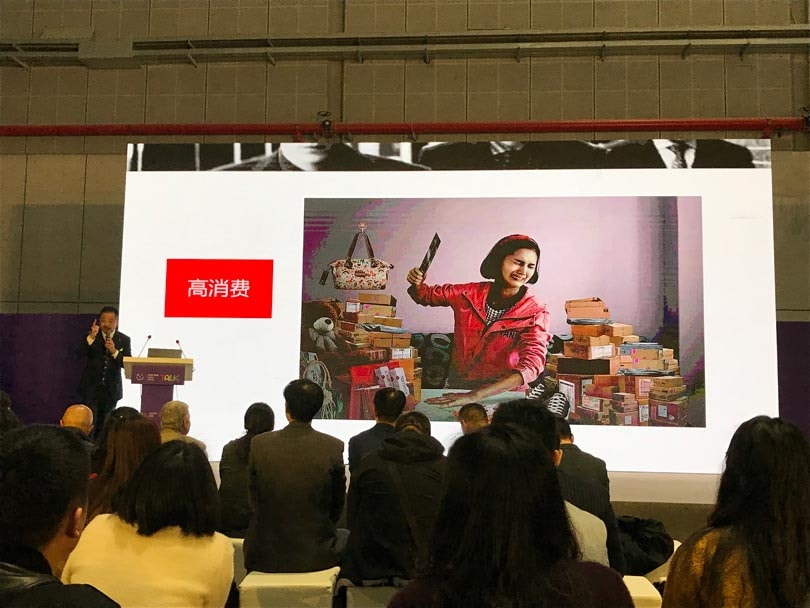 According to Lu, many established domestic Chinese brands appeal to consumers from smaller cities, ones born in the 70s or before and ones who tend to appreciate products displaying the status they’ve gained during China’s steep economic rise within the past two decades. In contrast, the millennial generation was born into relative wealth and the internet age. They suffer from a feeling of uncertainty and pressure to maintain their standard of living amid mounting housing prices in bigger cities, which could explain their fondness for online-shopping, global brands, innocent childlike motives and feel-good products - trends that are all part of what China dubs as a “healing community”.

“It wasn’t easy in the beginning, but we got a good grasp of the market now,” said Miao Jie from Guangzhou about his label EMC that he founded in 2012. His collection mixes streetwear with oriental influences, such as an embroidered phoenix motif on denim jackets or a mandarin collar dress with beige and black checks. While his own brand accounts for 20 percent of the sales, his company still earns most of its income while producing for other brands.

Miao Jie exhibits in the “Impulses” section at Chic - a section that placed a focus on China’s own designer labels. Asked about the ways fashion design could evolve in China, he replied: “We need time to develop and think but we are also pressured to make a living.” 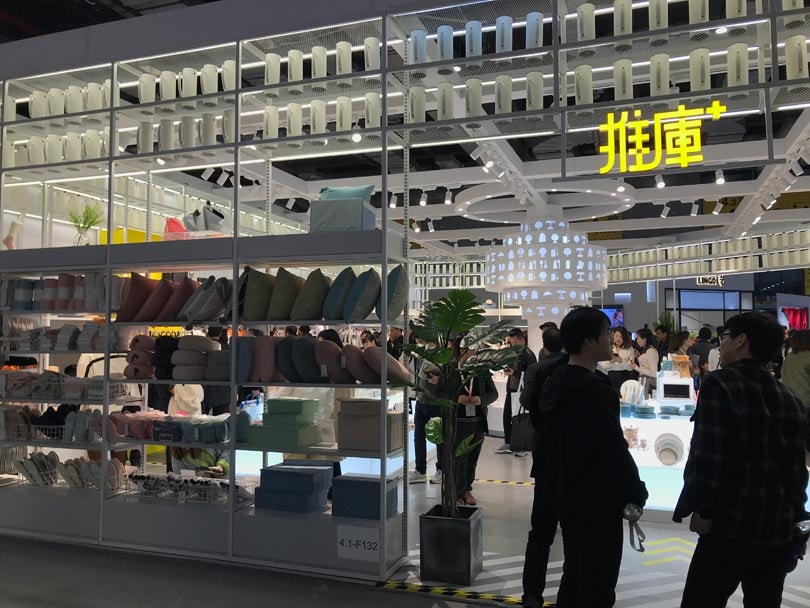 The sheer size of China’s fashion market can be both daunting and promising for international companies. The mix of brands at HKRI Taikoo Hui, a glitzy Shanghai shopping mall that opened in 2016, is quite telling of the chances for international companies. Lined with international luxury to mid-priced labels such as Coach, Issey Miyake, Geox and Dutch jeans label Denham in the lower floors, it also includes stores by smaller designer labels like German Damir Doma, in which a white, crisp cotton shirt with knots details at the hip, retails at more than 4000 yuan (520 euros). The same mall also hosts so-called Chinese design labels such as AUN, retailing from 1500 yuan upwards.

As Chinese consumers become more conscious, it’s not sufficient to just be a Western brand anymore.“Let’s go have a look at the Italian brands,” said a buyer, dragging a trolley behind her, to two companions at the fairground of Chic. “Nah, let’s not, it’s no use,” answered her colleagues. “These clothes won’t fit Chinese people well and it’s all made in China anyway.”

Nonetheless, Chic still serves as an entry point for international brands that want to break into the Chinese market. “A lot of Chinese customers are shopping in our store in Frankfurt,” said Achim Bruder, chief executive officer at German leather accessories maker Abro.“That’s why we know that there are customers for our brand in China and it is a really big market.”

The huge and diverse market is also seen as an opportunity for international brands to find their niche. “Chinese people are becoming more conscious as consumers. They’re also developing more attention to detail,” said Francesco Carpineti, chief commercial officer at Italian shoemaker Future Fashion. His company has already started to sell its customisable shoes in department stores in China. “It’s also a chance for smaller projects like ours.”

FashionUnited was invited by the organisers to visit Chic Shanghai.