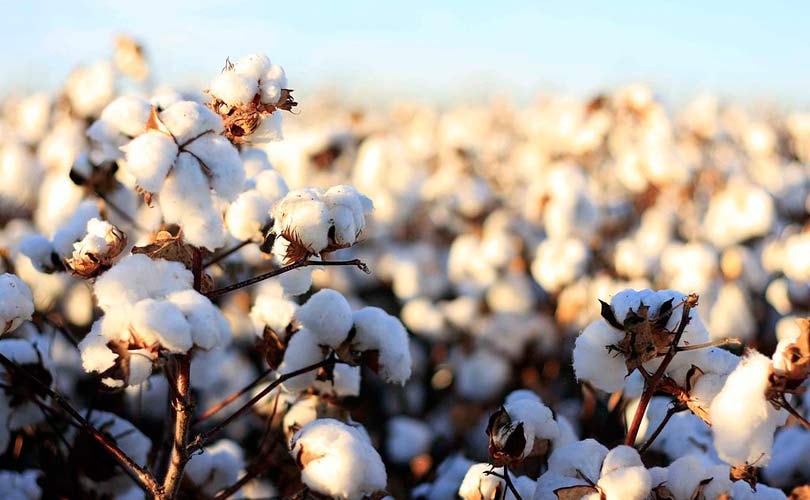 London - Sustainability has been hailed as the new norm in the fashion industry as more and more brands pledge to source more sustainable raw materials. Thirteen fashion and textile brands, including the likes of Marks & Spencer, Asos and H&M recently signed the Prince of Wales International Sustainability Unit, and vowed to source 100 percent of all their cotton from sustainable sources by 2025. This shift sees the aforementioned brands using Fairtrade Cotton, BCI Cotton, as well as organic cotton. But is organic cotton really better for the planet than conventional cotton?

Over the years numerous studies have emerged which argue the pros and cons of conventional and organic cotton farming. Cotton, like most crops, remains a resource, labor, and energy intensive agriculture crop to grow. 2.4 percent of the world’s arable land in countries such as India, the United States, Pakistan and China is dedicated to cotton farming, according to WWF. But at the same time, cotton farming also accounts for 24 percent and 11 percent of the global sales of insecticide and pesticides respectively - a relatively high percentage considering the amount of land used to grow the crop. It takes approximately 20,000 liters of water to grow 1 kilogram of cotton, which is enough to make a single pair of jeans and a t-shirt. 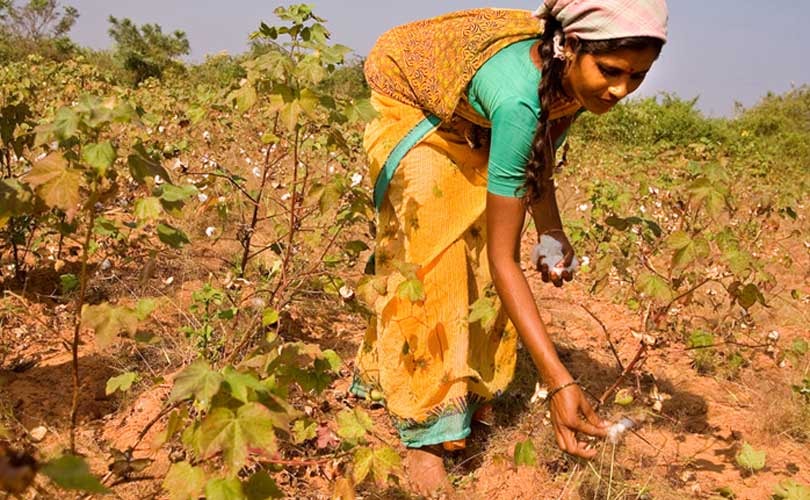 One of the most common arguments as to why organic cotton is better for the environment than conventional cotton is linked to the use of chemical pesticides and insecticides. Conventional cotton uses approximately 16 percent of the world’s insecticides and 7 percent of pesticides. A number of the pesticides used for cotton farming are strong chemical agents which are subsequently released into the environment and have adverse effects on the environment, pollute ecosystems and distort them. In addition, some chemicals are said to have detrimental effects on farmers health and surrounding communities.

For example, aldicarb, is a highly toxic insecticide which was used to kill pests on cotton and other food crops. But manufacturer Bayer CropScience agreed to stop producing it in all of its world markets in 2015 after numerous cases of consumer poisoning. Glyphosate is another chemical which has been labeled as a “probable carcinogen” by the World Health Organization following studies on farmers health. Also known as the main component in Monsanto’s Roundup weedkiller brand, the herbicide is still widely used after the Committee for Risk Assessment (RAC) of the European Chemicals Agency (ECHA) concluded that glyphosate is not a carcinogen.

Organic cotton, however, is grown without chemical pesticides or harmful fertilizers, which is why is it often seen as more environmentally friendly than conventional cotton. This does not mean that organic cotton is free from all pesticides or insecticides, however - organic cotton farming does allow for the use of natural and synthetic pesticides in moderate quantities. In turn, these natural pesticides can also be harmful. For example, Rotetone is a natural pesticide which was used in cotton farming since the 1800s until it was found to cause symptoms similar to Parkinson’s disease in rats. In 2011 a study from the US National Institutes of Health indicated a link between rotenone use and Parkinson's disease in farm workers, but the natural pesticide is not included on the FDA ‘white’ list. In addition, a study funded by the Natural Science and Engineering Council of Canada on four synthetic and two organic insecticides found the two organic insecticides to have a significantly higher toxicity than the synthetic counterparts. 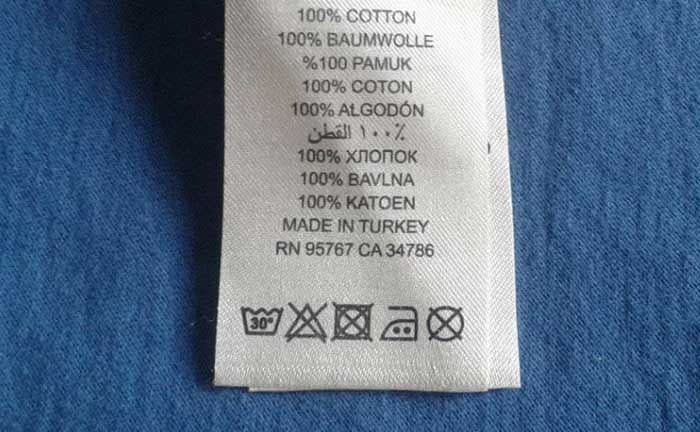 But one of the main arguments as to why organic cotton farming is not necessarily better for the environment is linked to yield. Conventional cotton varieties retain a higher yield, meaning a single cotton plant produces more fiber than its organic cotton counterpart because it has been genetically engineered to do so. Research from Cotton Inc shows that cotton yields have increased 42 percent over the last 35 years due to improvements in irrigation techniques and biotechnology. As organic cotton comes from plants which have not been genetically modified, a farmer who wishes to obtain the same fiber yield from conventional cotton plants using organic ones will have to plant more plants.

This means they will have to use more land, which will have to be tended to and irrigated, which sees the farmer using more water and resources to grow the cotton. Cotton Inc states that it takes approximately 1,098 liters of water to grow sufficient cotton to make a shirt from a conventional cotton plant. However, in order to grow the same amount of organic fiber for a t-shirt from an organic cotton plant, it takes close to 2,500 liters of water. A study published in Nature entitled ‘Comparing the yields of organic and conventional agriculture’ found that average organic yield of cotton was 25 percent lower than conventional, whereas a recent USDA survey of organic agriculture found a significant yield gap between commercial organic cotton farming and conventional cotton farming. 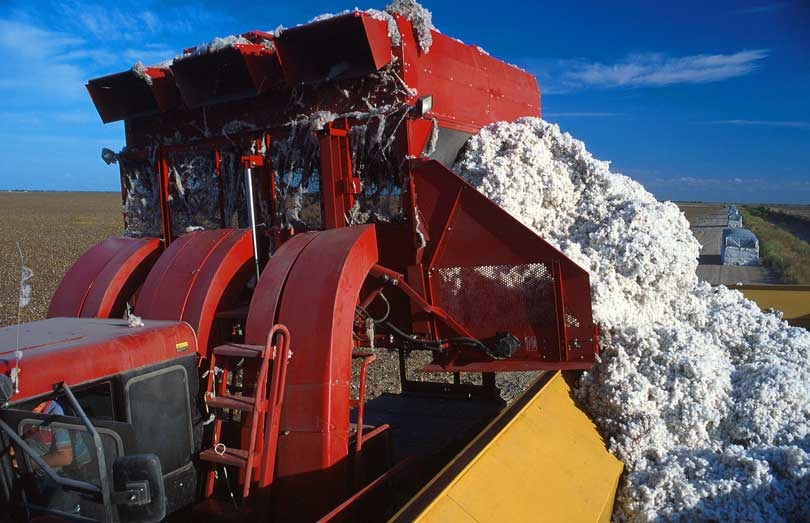 Another important aspect to take into account when it comes to factoring in the environmental effect of conventional cotton versus organic cotton is the cotton supply chain. Before cotton, conventional or organic, can be turned into a garment it must be spun into thread, made into a fabric, dyed, stitched together and finished - processes which all include a number of resources, labor, and energy inputs and outputs. As all these processes take steps in different locations which means that the cotton must also be transported from place to place, increasing its carbon footprint. At the moment India and the US are seen as two of the world’s largest producers of organic cotton.

However, some of the leading fashion retailers who claim to be among the biggest consumers of organic cotton, like H&M, manufacture the majority of their apparel in South-East Asia before shipping it all over the globe for sale, increasing its carbon emissions. The dying and the finishing of any garment also remain the most environmentally damaging and chemically intensive steps in making a garment. So unless the organic cotton garment holds a certain certification such as the Global Organic Textile Standard, it is extremely difficult to know if the dyeing processes used to make an organic cotton garment were organic as well or not, making the garment production side of conventional cotton and organic cotton as bad as each other.

So while it can be said that organic cotton is a positive initiative, its real environmental impact is dependent on farm efficiency, technologies, and location. Although many fashion retailers use the word ‘organic cotton’ as part of their marketing ploy to promote their products, remember they may not always be more environmentally friendly than their conventional cotton counterparts.