The horrors of Covid hung over this year’s American Image Awards and that’s what made the first virtual gala of the annual glitzy event all the more compelling to watch. This year has marked us, not only in terms of a country that has just surpassed 200,000 deaths, but in fashion, as one of the hardest hit industries. The event was hosted by CNN’s Brooke Baldwin, whose own battle with the virus she shared publicly in April. New York’s heroic Governor Andrew Cuomo, who helped our ravaged state flatten the curve, taking New York “from worst to first” in Covid cases, popped up unexpectedly on the livestream. He thanked Michael Evans, President of China’s Alibaba group who was receiving the Retail Innovator of the Year award, for China’s assistance in providing New York with PPE equipment during the scary early days of scarcity and stalemate in Cuomo’s negotiations with Washington.

Cuomo then carried out his assigned duties, to pay tribute to our industry with the words “Heart, soul, community, unity, that’s what the fashion industry showed this year,” and to introduce his brother-in-law, shoe designer Kenneth Cole, this year’s recipient of the Person of the Year award. Despite his ubiquitous deadpan tone, Cuomo injected levity to the proceedings, claiming that he had made many attempts over the years to help Cole creatively with slogans: “I offered ‘Kenneth Cole, I’m no loafer.’ Rejected. I offered ‘Kenneth Cole, Sometimes shoe win, sometimes shoe lose.’ Rejected.” With a barely perceptible smirk he explained how this spurred him to create his own apparel line featuring polo-shirts with the NY state seal on the breast designed to be more visually eye-catching and lens-friendly than those of his competitor, Ralph Lauren. New Yorkers will appreciate this in-joke as these shirts were a feature of Cuomo’s daly pandemic press briefings, prompting articles like Fashionista’s “I am very soothed by Andrew Cuomo’s polo shirts.”

Kenneth Cole’s brand of social activism is engrained in his advertising but also in his actions. Perhaps best known for his work with HIV/AIDS, when Covid caused loneliness and anxiety to reach critical levels, Cole launched the Mental Health Coalition. 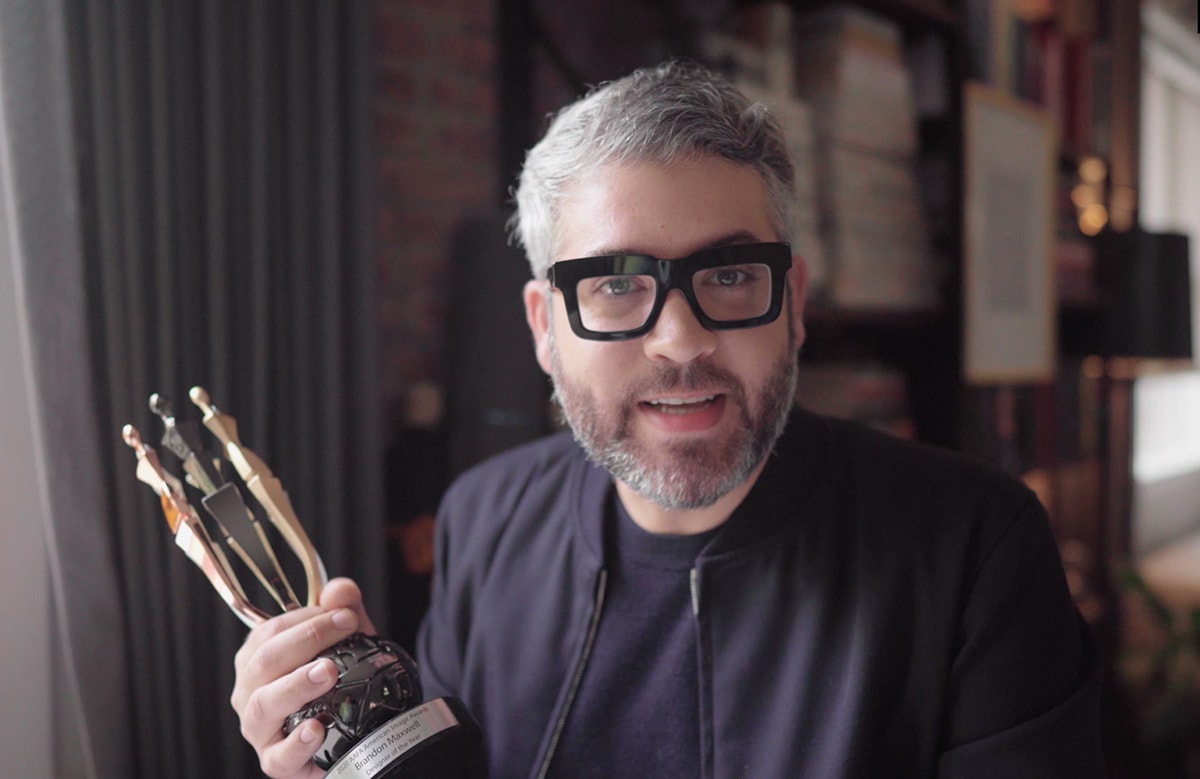 Patrice Louvet, President and CEO of the Ralph Lauren Corporation in his acceptance of the award for Company of the Year, acknowledged that celebrating fashion’s future is not something much discussed at the moment. But fashion’s resilience, inspiration, and impact are epitomized in his company’s namesake and founder, Ralph Lauren, who started as just a boy from the Bronx with a box of ties. “Our business isn’t about making clothes, it’s about dreams,” said Louvet. “Fashion is, and always has been, the story of impossible dreams made real. Of bold visions pursued unwaveringly. So, yes, I believe a bright future is possible.”

The Designer of the Year award was presented to Brandon Maxwell, who during five short years of business has dressed Meghan Markle, Michelle Obama, Lady Gaga and Oprah, and considers it a privilege to be part of the New York fashion community. “I really want to thank every single designer in New York City who has gotten up every day during the last six months with hope in their heart and determination," he said. “I’m very proud to be your peer.”