Virgil Abloh made headlines last week by predicting the end of streetwear, the trend he has ridden to the top of the fashion tree.

His Off-White Paris men's fashion week show Wednesday lived up to his prophecy -- the least street that the American designer has produced for his ultra-hip label whose clothes are snapped up by rappers and copied by kids. 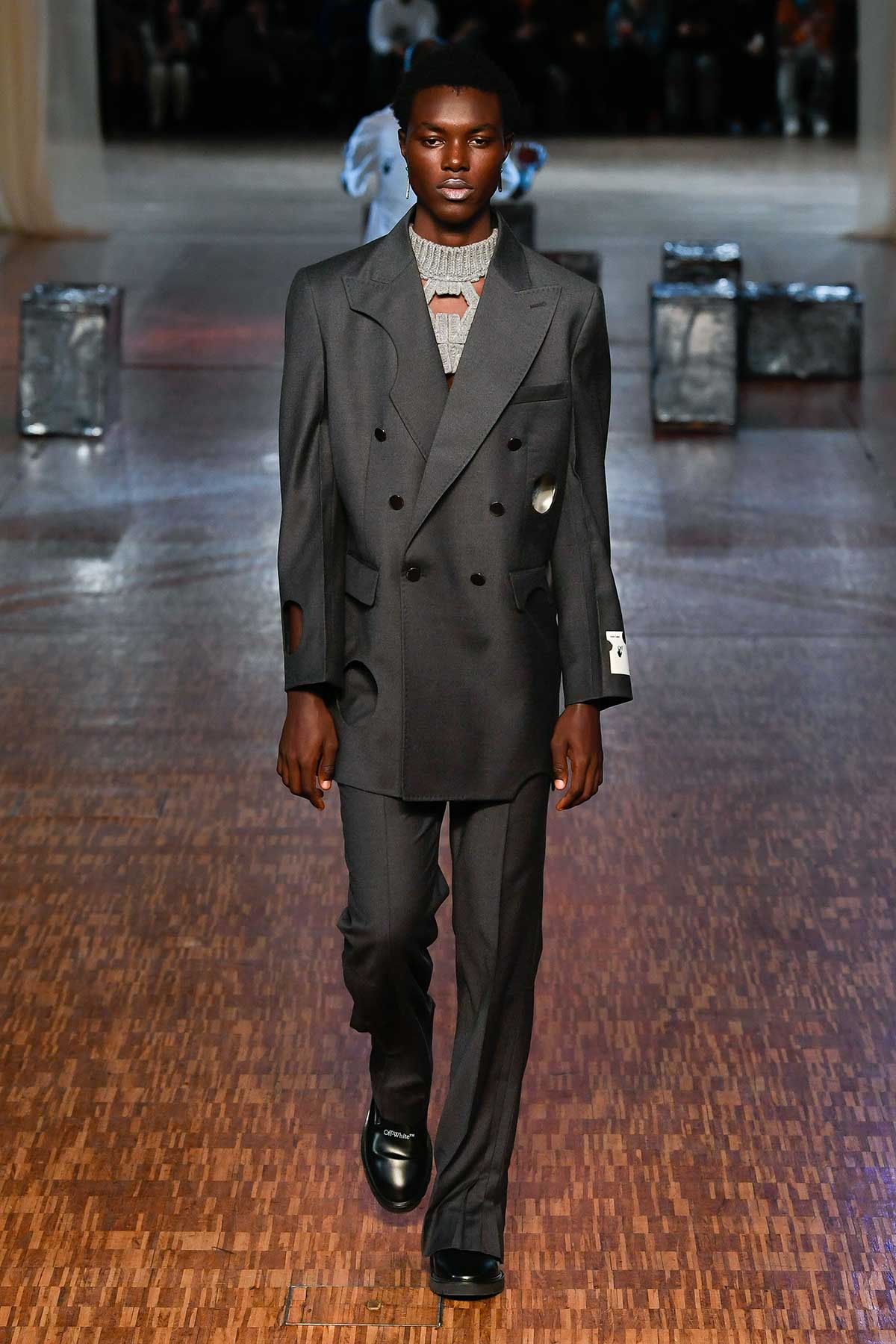 The style wunderkind -- who was forced to curb his manic globe-trotting schedule in September for health reasons -- marked his return to the fashion circuit with a comparatively muted and poetic show that seemed to channel his new seriousness.

As a hat tip to mortality -- or perhaps a comment on his own condition -- the invitation for the show featured an ironic mock-gothic painting of a teenage girl fighting off a skeleton, a packet of pills marked "Anything" falling from her jeans. 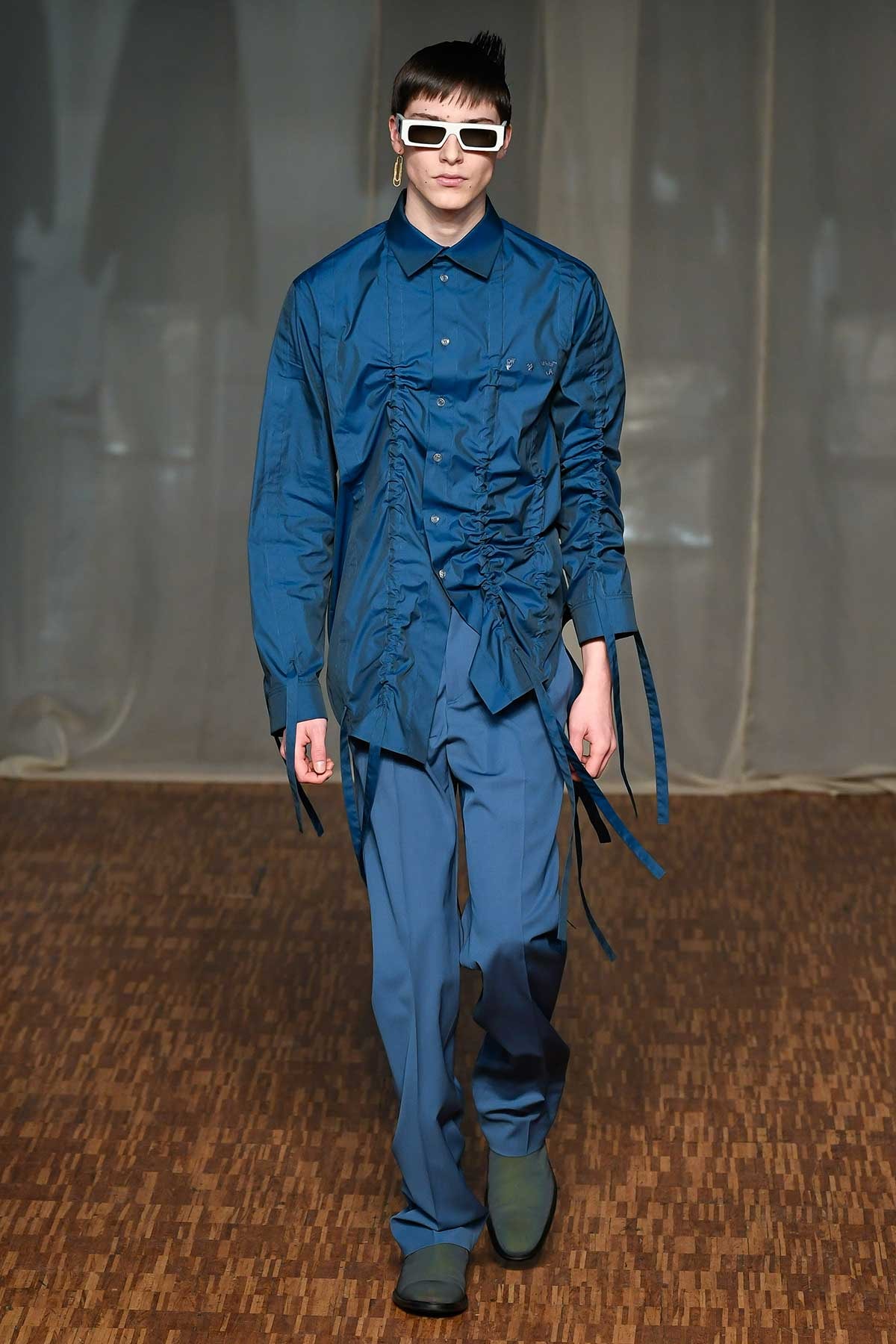 And rather than rush out to greet his army of fans at the end of the show, Abloh cultivated mystery by lingered brooding in the dark with his models in a little curtained-off room in the centre of the stage.

The 39-year-old designer, who tends to put trainers with everything, sent out several of his models in shoes -- granted sometimes in different colours.

He did, however, give a sneak preview of the new Off-White x Air Jordan 5s he has created for Nike, hidden under long billowing trousers.

The show opened with a bravura tap-dancing display by American hoofer Cartier Williams, who wore an Off-White T-shirt with the legend, "I Support Young Black Businesses".

A master of little style details that often go viral, Abloh's latest wheeze is little fabric stubs on the cuff of his jackets cut in the same Swiss cheese-like motif as the objects he created for his art and furniture show that opened in a Paris gallery the night before.

"I have been trying to make work that responds to my generation, and it feels like I am getting into a space where that is translating," he told a melee of reporters afterwards.

Abloh, whose parents come from Ghana, created something of minor fashion storm last week by telling Dazed magazine that streetwear's days may be numbered. 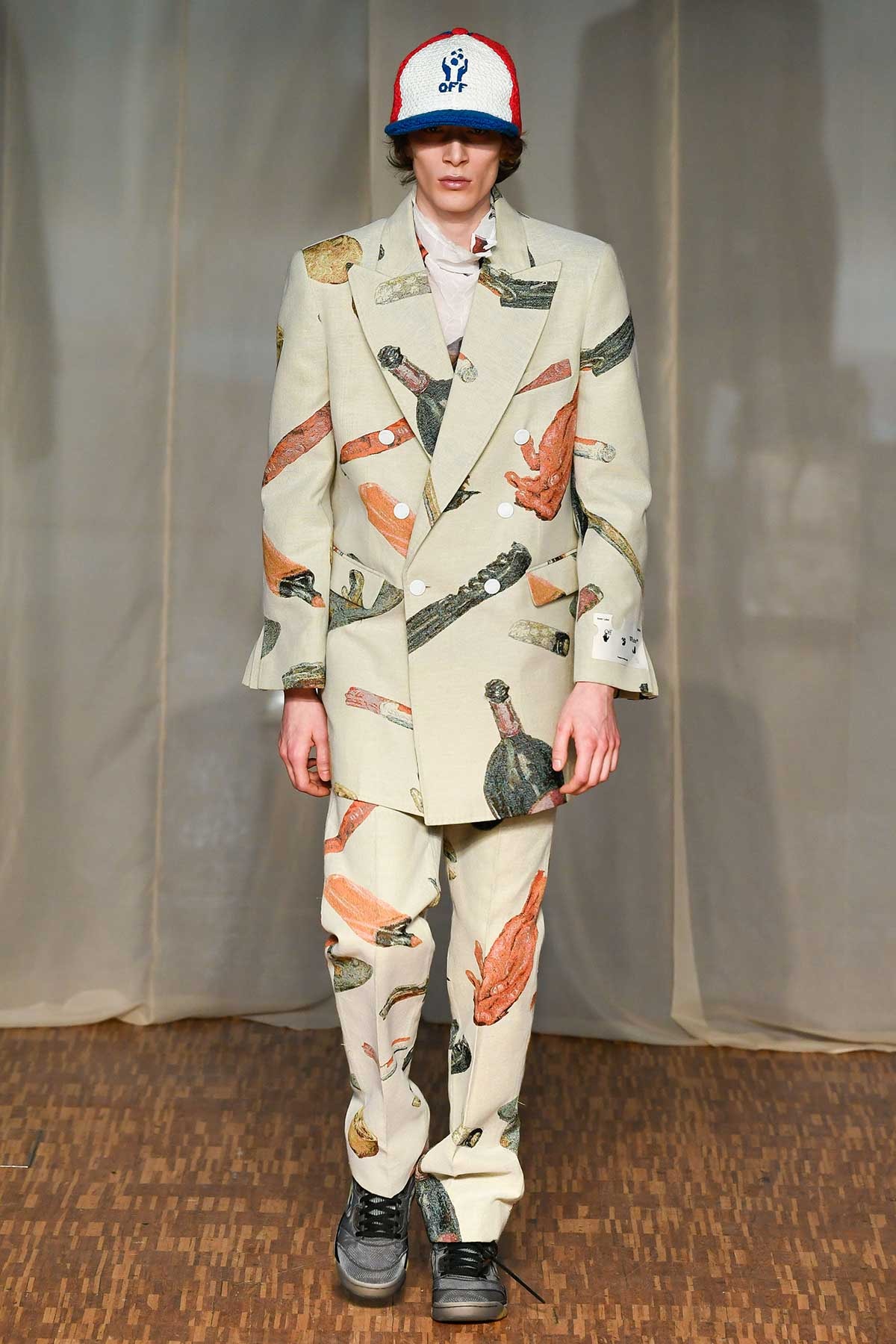 But he later clarified his comments, predicting fashion will veer toward vintage.

"I think we're gonna hit this really awesome state of expressing your knowledge and personal style with vintage... I think that fashion is gonna go away from buying a boxfresh something. It'll be like, 'Hey I'm gonna go into my archive.'"

Despite Abloh's razzmatazz, it was the rising Belgian Glenn Martens who came come up with the day's most surprising and decadent show.

The Y/Project designer immersed fashionistas in a pool of red balloons up to their waists while his models strode around them to the strains of a Flemish carnival brass band.

In grim times it was important for fashion to be fun, he insisted. "It's a celebration," Martens told AFP and "every single piece should be fun".

"What we doing is very superficial. My mother's a nurse, she's doing way more important things in her life. We're talking about making clothes that are not even always meant for survival, it's really more for personal happiness and expression and I think we should not forget that."

His compatriot Walter Van Beirendonck took a diametrically opposing view in his show, "War", whose title "reflects what we are living in today" he told AFP with the planet threatened by unthinking consumption.

His spikey creations were like armour against an increasingly hostile environment and carried slogans like "Care", "Save Planet Earth", "Stop buying fast fashion" and "Ban banality".

"I've always included (slogans) in my work, but I think today" it's even more important than ever to do these kind of statements, so it's a little bit of an overdose this time," he added.