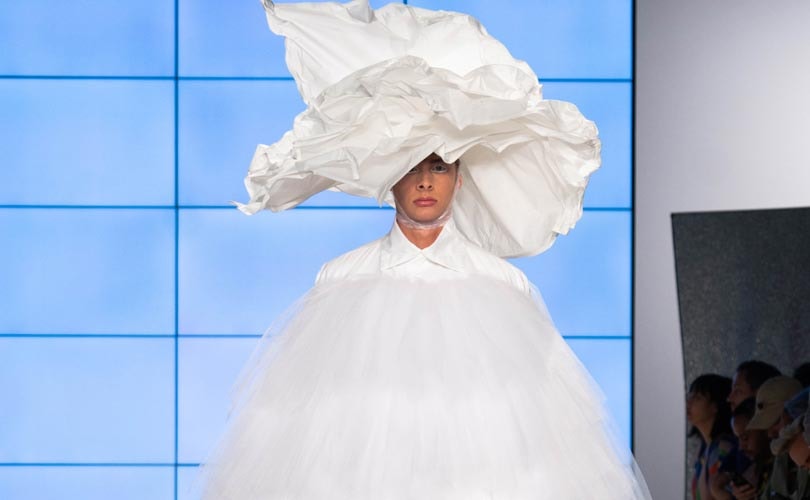 The revolution will be genderless, that is if it’s up to Alessandro Trincone. The designer, who rose to prominence after Young Thug wore one of his pieces for his “Jeffrey” album cover, made his debut at NYFW: Men’s this season to the acclaim of New York’s menswear crowd. This was by no means typical menswear, or even what you would expect from your more avant-garde designers. Rather, his designs shattered the barriers of gender norms, beyond what even those trending designers who have been doing genderless have delved into.

Titled “Avvolgimi”, Trincone’s spring/summer 2019 collection was built around the theme of embodying the power within us. “I work from a place of bad experiences, because I like to start working from within myself,” Trincone said to FashionUnited. “It’s a challenge to get inspired by bad things and then transfer them into beautiful things through my collection.” Tiered white tulle gowns, silver metallic pieces, and his signature hats took us through an experience where the audience had to ask themselves could we ourselves ever look this free. To those married to the idea of gender norms, this collection would be undyingly intimidating. However, we leave in a new age where fashion has no gender, it is all clothes. “I always work on genderless,” Trincone said to FashionUnited. Praise be to the men bold enough for a pink dress and opera gloves.

Alessandro Trincone takes us to a genderless utopia for NYFW: Men’s

Since winning the Vfiles Runway 7 contest in 2016,, Trincone has continued to push the boundaries of what dressing means, furthering his brand DNA. While Trincone studied in Italy and found the beginnings of his brand DNA in Japan (can you say kimonos), he chose New York because it’s been his favorite city since he was baby, and it’s always been one of his goals to get here.

Although the idea of genderless fashion has been very politicized, rather than make any bold, literal political statements, Trincone just sought to create beauty. The ornate intricacy of his headpieces and hats from the tulle head dresses to the metallic sequin baseball caps elevated the already statement making looks featuring a color palette of white, blush pink, and metallic silver. 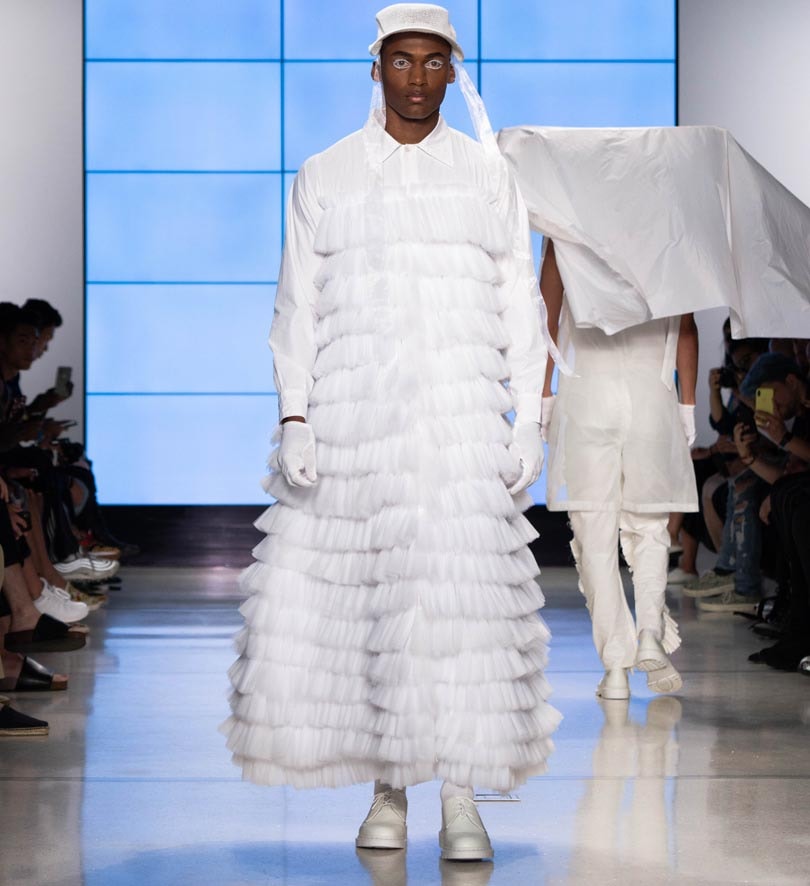 The last look during the finale was remarkably similar to the Young Thug album cover, except this was all white with a tulle silhouette for the bodice. In a way, it was looking back to go forward. It’s a fitting idea for a designer so ahead of the curve. “What I want for the future is for fashion to be just genderless, where everything is the same for men’s and women’s,” Trincone said to FashionUnited. The future is certainly looking bright.