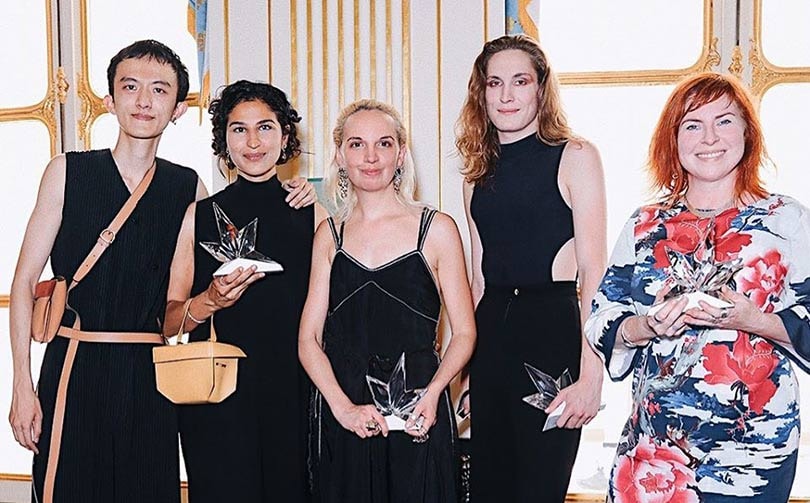 International fashion competition, ANDAM has opened its 2020 competition, alongside news that its funding has hit a record 450,000 euro high for its four prizes.

The aim of ANDAM is to support the French fashion industry, by supporting emerging talents of contemporary designers, with financial and strategic support, as well as assuring the role of Paris as a key fashion capital.

In addition, joining ANDAM as backers for 2020 is Google France and the Jacquard team, offering strategic support in terms of technologic innovation and communication, as well as L’Oréal Paris, as a strategic beauty partner.

“Google France is delighted to contribute to the support of the young creation and French know-how,” said Sebastien Missoffe, vice president and chief executive, Google France in a statement. “Our French teams will be happy to mentor the four fellowship winners, by sharing their skills and expertise.

ANDAM calls for emerging designers to apply for fashion awards

The 2020 competition, which marks the 31st edition, will see Balenciaga chief executive Cédric Charbit, representing Kering, as the jury president, and will offer the winner of the ANDAM Grand Prize a year-long mentorship on both the creative and strategic elements of their business to help them “establish a global reputation”.

Commenting on being named as jury president, Charbit said: “Creativity and innovation are the foundations of sustainable success in the fashion industry and lie at the heart of fashion houses like Balenciaga. As jury members, we will have the great privilege of identifying and supporting leading talents of the future and helping them develop their brand with the unique French savoir-faire.”

The other awards include the Pierre Bergé prize, which will reward a French company with 100,000 euros to give the brand the “means to grow and reach an international audience”. The winner will also receive year-long mentoring from Clarisse Reille, DEFI executive director.

While the Fashion Accessories Award will present 50,000 euros to the winner along with mentoring from Sophie Delafontaine, artistic director at Longchamp, while the Fashion Innovation Prize will reward an entrepreneur or start-up willing to develop their innovative and technological solutions in the fields of fashion design, production and distribution to help develop an accountable and transparent fashion in France. The winner will receive 50,000 euros as well as mentorship from Yann Gozlan, founder and president of Creative Valley.

“This coming decade promises to be very special, a time when science-fiction comes to reality. Our accessories and clothes are not anymore a simple and protective skin, revealing our feelings and personality; They are, and will be more and more, an extension of ourselves, with the capacity to take care of ourselves, heal us, locate us, be our living memory, for better and worse,” explains Yann Gozlan, founder and president of Creative Valley. “In this new world where all the fashion industry is wondering about its relationship to the world and its footprint on this fragile Earth that has been entrusted to us, contributing to the ANDAM Fashion Innovation Prize and following its candidates that we could support at Station F, is being witness of this history in the making.”

Designers looking to take part in the 2020 edition of ANDAM have until April 27 to apply, with the finalists selected by the jury expected to be announced at the end of May, with the winners named on July 2.