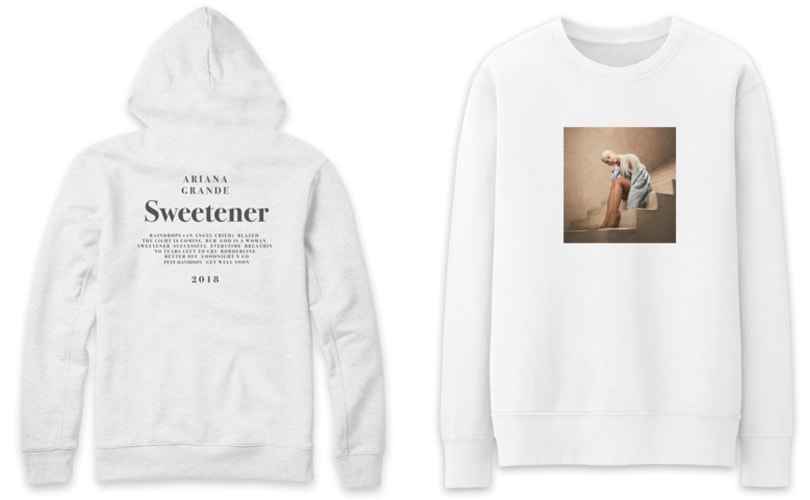 Pop sensation Ariana Grande has launched a special clothing capsule to coincide with the release of her fourth album Sweetener.

The limited edition merchandise includes T-shirts, hoodies and sweaters that are available in black, white and lavender. An extension of the new LP, the items feature its tracklist. Included in the six-piece collection is a sweater featuring an image of the Side to Side hitmaker as a baby.

The clothing is available via www.ArianaGrande.com with prices ranging from 35 to 55 dollars.

The 25-year-old has been making her mark in the fashion world, teaming with Urban Outfitters last year for an exclusive line to celebrate her Dangerous Woman tour.

She has also previously collaborated with brands like Lipsy and Reebok to release special collections.