Bailey out, balloons on top: London Fashion Week wraps up

Christopher Bailey's goodbye as the head of Burberry, Christopher Kane's prints of women having orgasms and flamboyant balloon headdresses were among the highlights of London Fashion Week, which wrapped up on Tuesday.

Burberry embarks on a new chapter in its history following Bailey's final catwalk for the quintessential British brand. The 46-year-old, who helped boost the historic company's fortunes, is leaving at the end of the year. He presented a very personal collection -- a homage to the LGBT community with designs inspired by the internationally recognised gay pride flag. The favourites to succeed him are Phoebe Philo, who was at Celine, and Kim Jones, formerly at Louis Vuitton, according to trade publications.

Click through the slideshow to take a look at the last collection of the designer.

Shirts in the collection of J.W. Anderson, Jonathan Anderson's label, were adorned with paisley motifs. Paisley was also a feature for Mary Katrantzou, covering coats and pink-and-gold trousers. Margaret Howell also carried the pattern on vintage-style robes flowing down to the knee, worn with black socks and town shoes. Other motifs included still-life flowers for Preen by Thornton Bregazzi, abstract and minimalist figures for Roksanda and stamps for Temperley London. 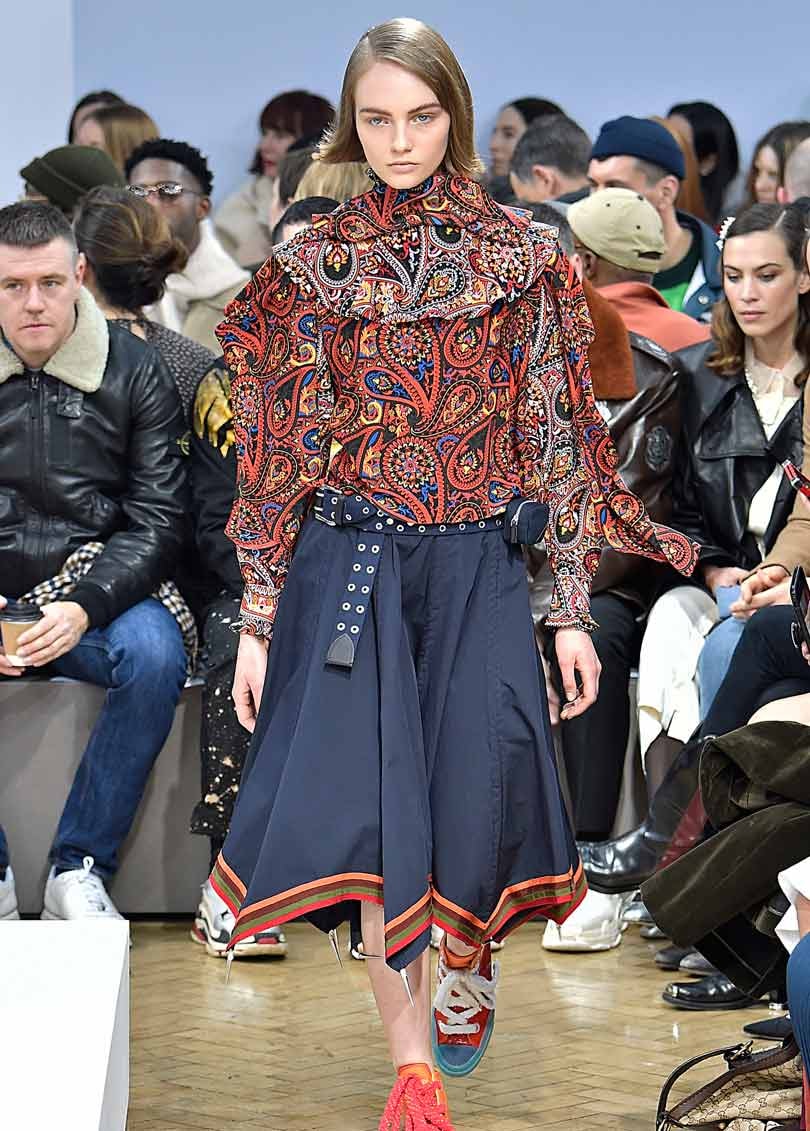 Pink triumphed on London's catwalks. The colour of the season, peach-coloured "Millennial pink", was on show in the collections of J.W. Anderson, Emilia Wickstead and Molly Goddard. At Nicopanda's show, the pink was more candy-like and used for racy miniskirts. Roksanda and Jasper Conran opted for a yellow theme -- vibrant in the former and with more of an ochre hue in the latter. 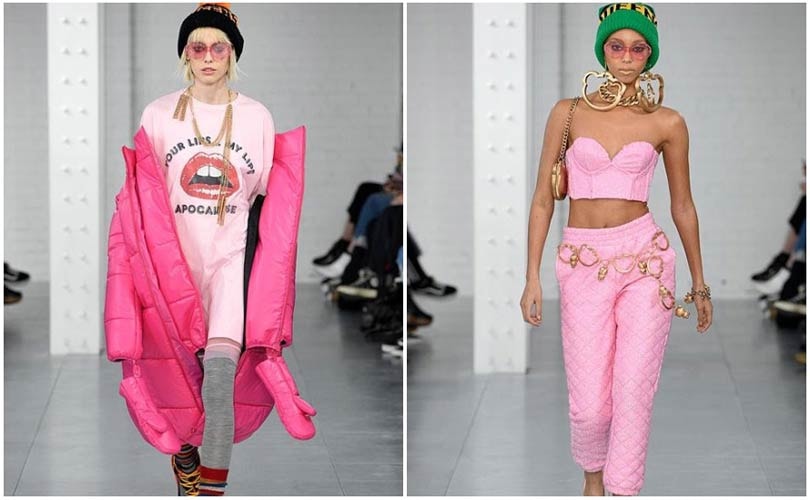 The women of Fashion Week were independent and wilful, proud of their femininity and sensuality... and sometimes super-sexy. Christopher Kane stole the show with a femme fatale little red dress -- ultra-short and transparent. The Scottish designer also used prints depicting women having orgasms from the 1972 bestseller "The Joy of Sex". 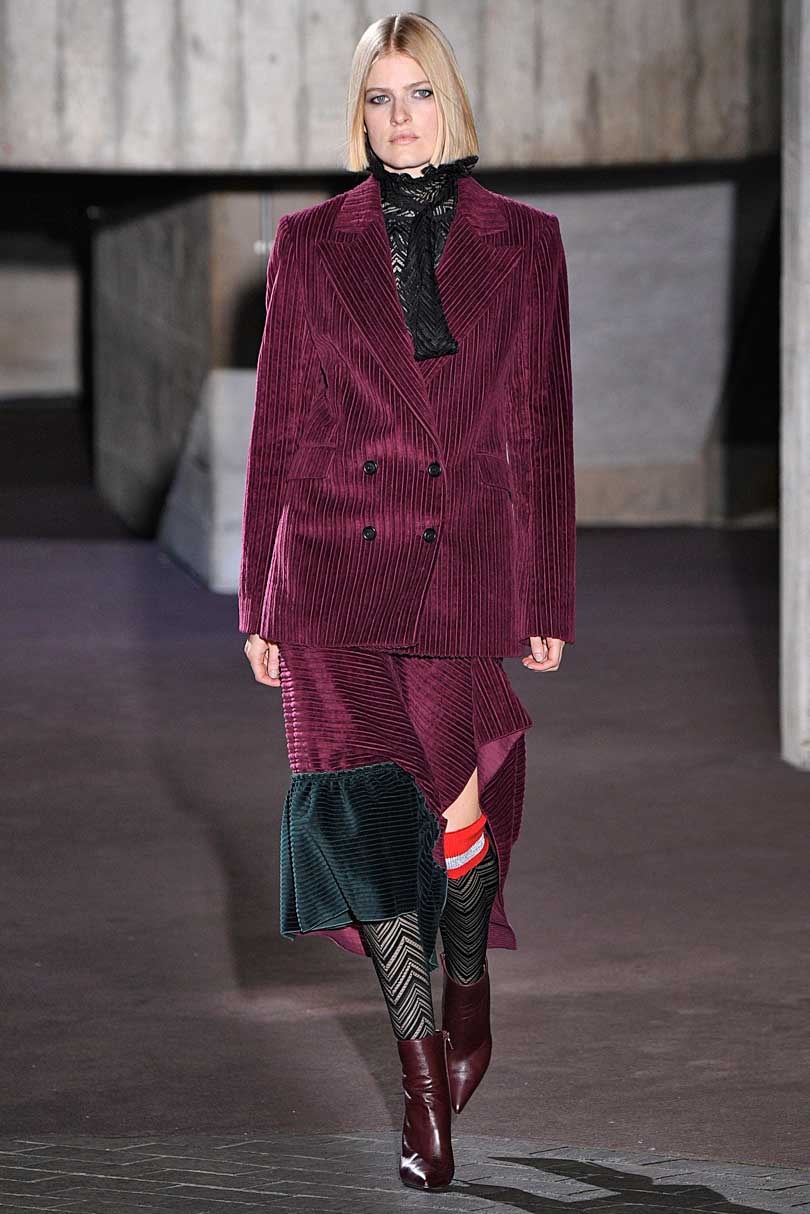 Frenchman Roland Mouret showed off a range of colourful lingerie and there were plenty of see-throughs and subtle sensuality in the designs of Supriya Lele, Charlotte Knowles and Mulberry.

Donut keyrings were spotted at J.W. Anderson, who also had pom-pom like rabbit ears sticking out of jumpers. Britain's Matty Bovan, who was making his fashion week debut, had a particularly eye-catching headdress design composed of red, gold, silver or tiger-skin balloons. 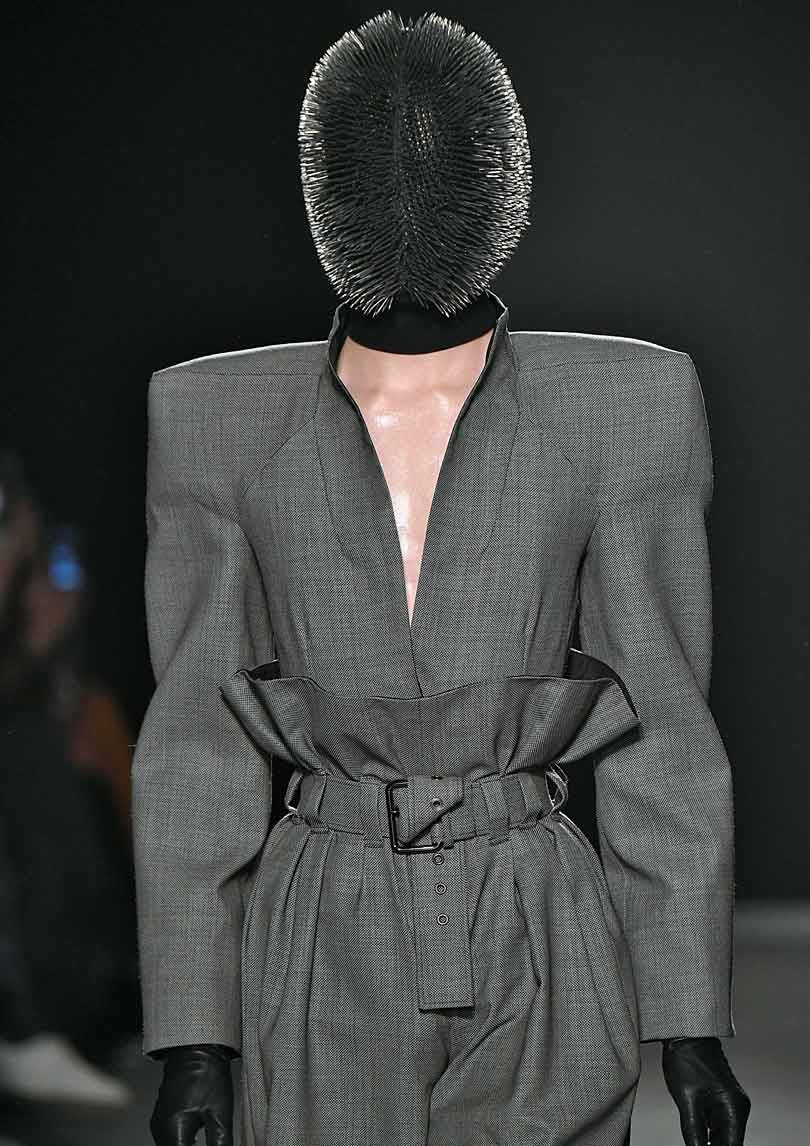 Gothic-punk Turkish designer Dilara Findikoglu adorned her belts with antique objects including mini-statues and black-and-white photos. Less fun but more provocative was a creation by Gareth Pugh, a mask made entirely of construction nails.

Edwin Mohney, a young New York designer and graduate of London's Central Saint Martins school, showed off a giant pink dress in the form of a pink condom entirely covering the top half of the model's body. He is also the man behind "Trumpettos" -- stiletto shoes covered in masks of US President Donald Trump. (AFP)