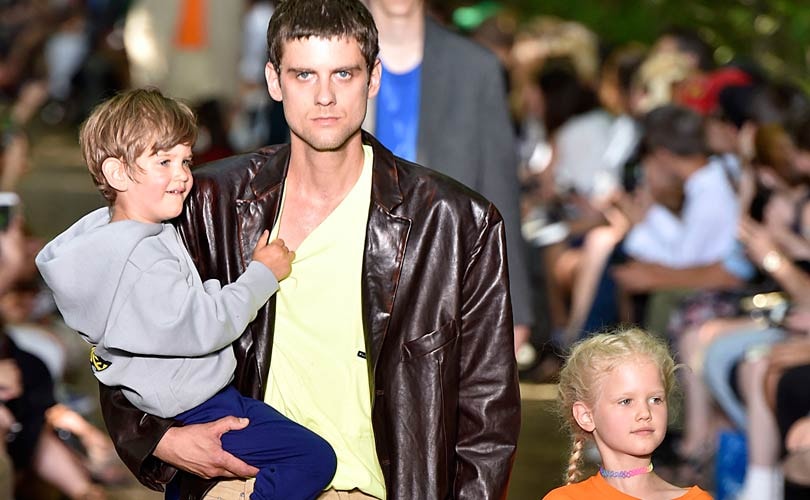 Balenciaga brought the refugee look to Paris men's catwalks Wednesday with a collection which seemed to evoke Europe's migrant crisis and the dreams of thousands seeking a new life there. Designer Demna Gvasalia -- a child refugee himself who fled to Germany from war-torn Georgia in 1993 -- has made his name selling the clothes of the poor to the rich.

The enfant terrible of the Paris scene sent out more than 60 models in various charity shop looks for the luxury brand, with plastic shopping bags bearing the legend "Europe Europe Europe" remade in slick soft leather. Some models carried children and expensive Balenciaga luggage bags with "The Power of Dreams" written on a square of cloth stitched to their hoodies.

Others wore lifevest-like squares with "Europe" written on them, while still more sported plasticated jackets and ponchos emblazoned with "Europa! Quality. Experience. Professionalism." However, Gvasalia, whose is known for his ironic reclaiming of unfashionable or "naff" 1980s looks, made no reference to the refugee crisis as a source of inspiration. 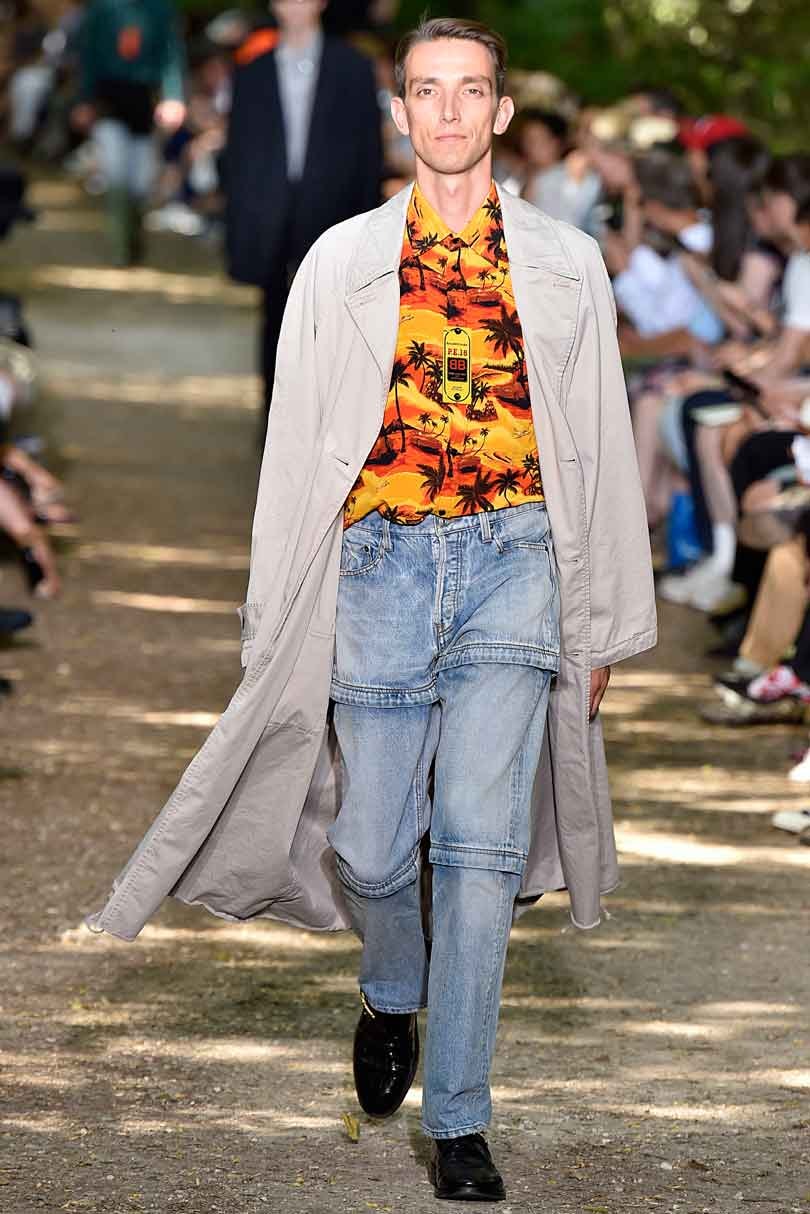 Instead he presented his spring summer men's collection for 2018 as one about "young dads in the park with their kids at the weekend." Indeed he chose a number of fathers from the Swiss banking capital of Zurich -- to where he is moving his studio -- to model with their children in his al fresco show in the Bois de Boulogne park on the edge of the French capital.

"As Balenciaga man... bypasses fashion on the way... to the dry-cleaner and a trip to the off-licence," he wrote in his notes to the show, "his clothes seem to have picked up a laminated Europa sign." Gvasalia's tongue-in-cheek poverty chic has made his Vetements label one of the hottest in fashion, and earlier this year he raised eyebrows with 1,900-euro (2,100 USD) Balenciaga bags that bore a remarkable resemblance to cheap IKEA and laundry sacks.

Having already made a DHL courier's T-shirt an object of desire, this time Gvasalia applied himself to cheesy Hawaiian sunset prints, which he used on two shirts. But his big innovation was his take on detachable hiking trousers -- not normally a garment that makes the catwalk. With "Twin Peaks" star Kyle MacLaclan among the audience, he debuted his zippable three-piece trousers, the first of which had a green leather top, camel cotton thighs and denim bottoms.

He also trumpeted his latest sartorial invention -- the "built-in grandad slouch" -- which he has worked into to his oversized jackets with the aid of weights in the sleeves and linings, while his parkas have been given extra charity shop "worn-in droop".

Japanese designer Hiromichi Ochiai had earlier appeared in a kilt to receive the applause for his Facetasm show which had combined recut tailcoats with shorts, turned-up jeans and baseball socks. It looked as if the designer had taken the scissors to the contents of the wardrobes of a Scottish stately home, with spotty dressing gowns and lots of tartan and corduroy.

He also had two older grey-haired models among his co-ed show, that mixed clothes for men and women. Belgium's Walter Van Beirendonck mined a similar mismatch in his show that was very much Sherlock Holmes meets David Bowie.

Colourful and shiny Ziggy Stardust bodysuits were set against Prince of Wales check jackets and trousers with all his models wearing glam rock wigs. (AFP)