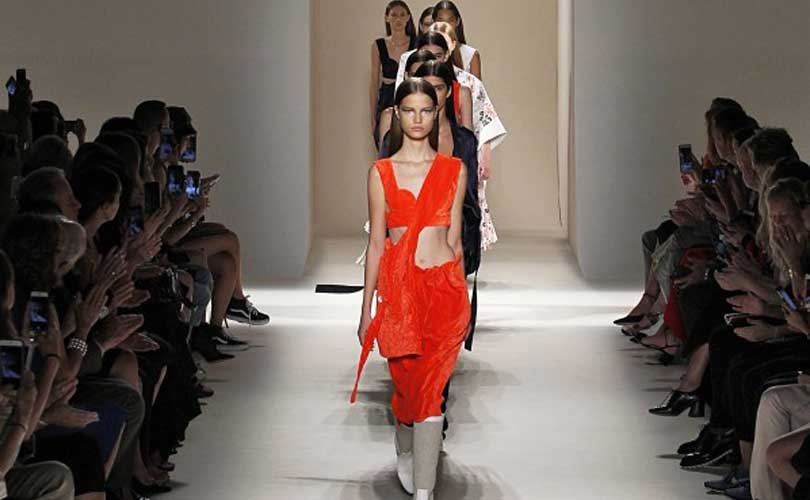 Victoria Beckham served up velvet and a lingerie-look. Joseph Altuzarra went flirty with gingham, cherries and snakeskin: New York Fashion Week got daring and playful Sunday after paying tribute to the 9/11 anniversary.

Politics and tragedy clung like a shadow to day four of the bi-annual style bonanza with moments of silence to honor the September 11, 2001 attacks at Beckham's show and a note of remembrance from Altuzarra and up-and-coming label Pyer Moss delving into the world of politics, corruption and the economy. Here are the catwalk highlights of the day:

Moments of silence were observed at 9:59 am, the time when the World Trade Center's South Tower collapsed, and at 10:28 am, when the North Tower gave way in the Al-Qaeda attacks that killed nearly 3,000 people. 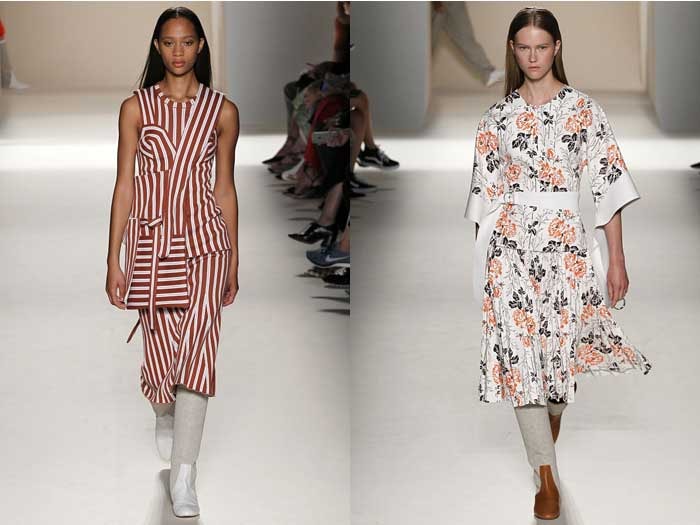 She showcased lingerie-esque dresses, crushed velvet and Wellington-style wide boots to showcase Beckham's evolving maturity as a designer. "I really think I've come into my own this season. I really do. It's a lot about fabric development," she told reporters backstage.

"Velvet is normally something that's quite heavy, quite wintery," she admitted. "But this is really, really light, buttery, and feels beautiful on the skin and great to wear in the summer."

Beckham, who has a boutique in London and who opened a second store in Hong Kong in March, said it was "just so great" to "get into the fitting room and get to know my customers. Ultimately, that's why I'm doing this."

Altuzarra wowed the fashion pack with a fun, flirty and sexy spring/summer collection inspired by David Lynch's 1990 film "Wild at Heart" and by exploring what he called "a modern take on romance and kitsch."

"I wanted the collection to feel happy, vibrant and erotically charged," the French-American designer wrote in the notes, and he certainly achieved that.

For evening, there were delighted oohs and aahs for multitiered organza gowns covered in sequin embroideries of cherries, pineapples, lemons and blueberries.

The result was a riot of color -- pink, yellow and orange -- and an unabashed collection for spring/summer albeit as other design houses tear up the schedule and offer collections for fall/winter that are instantly available to buy.

Duchess of Cambridge favorite Jenny Packham struck gold with a sensational collection of evening wear, unveiled in a halo of gold and yellow with little puffs of dry ice as the models strode out.

It was A-list, elegant and boundary-pushing -- something for everyone -- as Packham boosts her profile in the United States. Most famous in her native Britain for dressing the wife of Prince William, she included incredibly daring confections of beads, sequins and embellishment layered onto transparent nude sheaths, leaving little to the imagination.

Talented newcomer Kerby Jean-Raymond cemented his reputation for making political statements on the catwalk by calling his collection "Bernie vs Bernie" -- as in Sanders, the failed Democratic presidential candidate, and Madoff, the disgraced financier jailed for fraud.

The show kicked off with a poem about the vagaries of an economy skewed in favor of the rich, gentrification and consumerism, portraying a society obsessed with money.

The clothes were a cross between slouched Wall Street with pin stripe suiting, sports shorts and a sweater with the word GREED spelled out on the front. He presented a clever play on the leather jacket, recrafted in pinstriped cloth, coats covered in plastic and a boxers' style robe in luscious blue satin. (AFP)