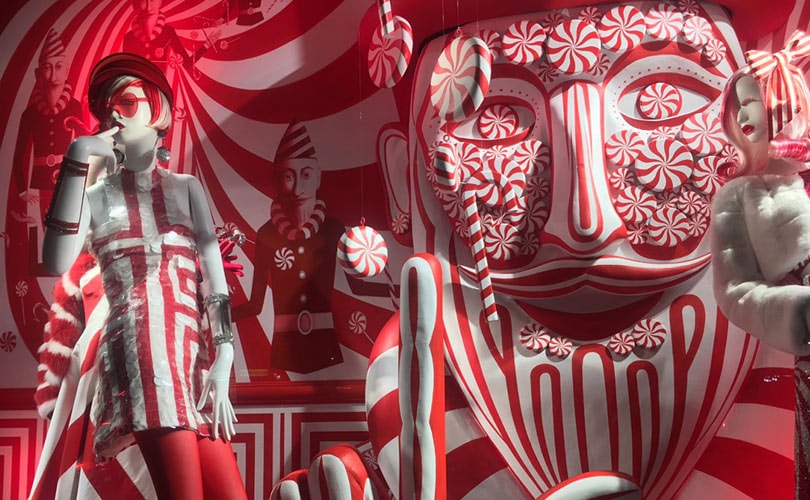 Behind those magical traffic-stopping holiday windows

Rivaling New York City's 72-foot Christmas tree at Rockefeller Center for visitors are the enticing holiday windows all along Fifth Avenue. But from Galeries Lafayette in Paris to Harrods in London, top retailers of the world’s most important shopping cities participate in the tradition of decking out their windows with boughs of holly, animatronics, possibly even a Hollywood movie tie-in theme (such as Bloomingdales’ depictions of the new Dr Seuss’ The Grinch) to coincide with its theatrical release. 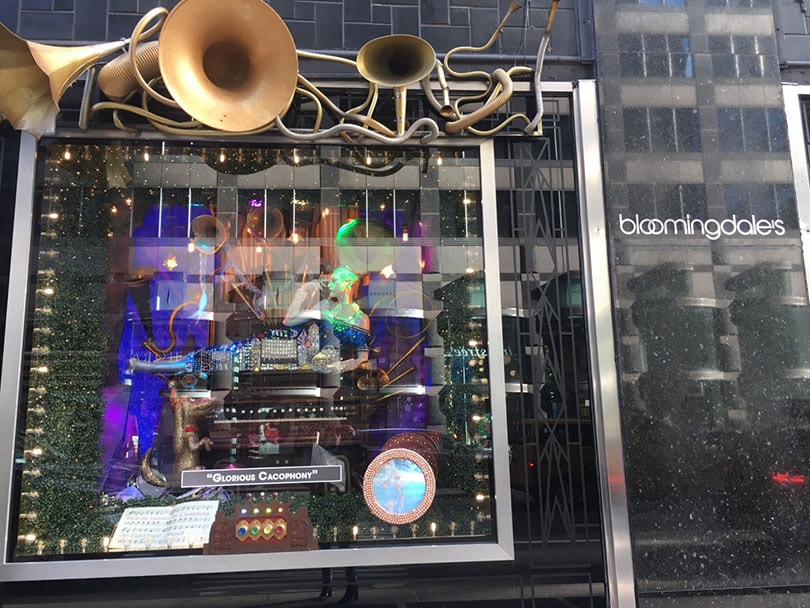 The tradition of department stores leading the way in holiday window design is long-standing. While early 19th century businesses understood that ground floor window spaces could act as advertising, it is believed that R.H. Macy was the first to create the quintessential Christmas window when, in 1874, instead of displaying merchandise, he decoratively arranged porcelain dolls in scenes from the American classic novel, Uncle Tom’s Cabin. Over 140 years later it is estimated that nearly 10,000 people a day pass Macy’s festive windows.

Each year Saks goes the extra step by projecting its traditional light show onto the store’s Fifth Avenue facade after sunset, requiring the cordoning off of the sidewalk as lines of people snake around the block, shuffling forward, and gazing at each window’s themed vignette while rows of viewers across the street take in the lights from a distance. 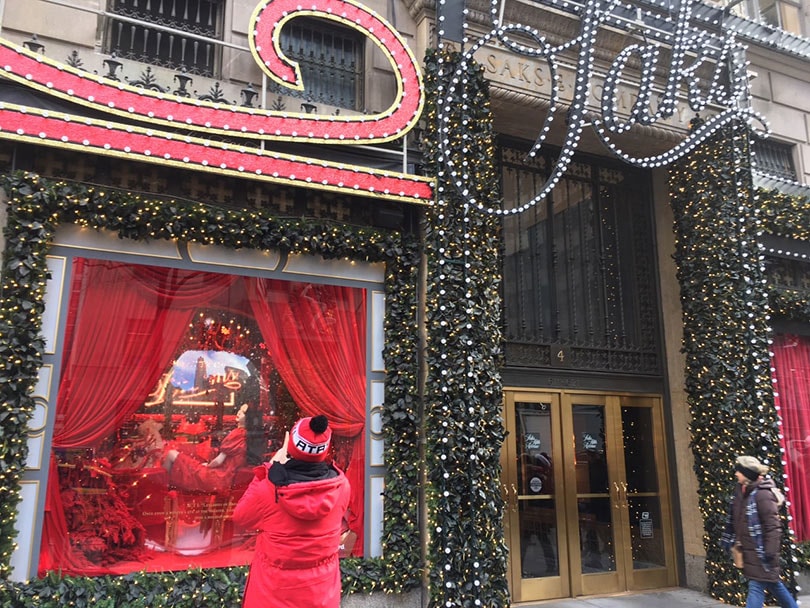 Designs range from charming chic at fine jewelers Cartier and Tiffany where nothing outshines the diamonds to no-holds-barred flashy blitzes on our every sense, and costing as much as a Broadway theater set. Barneys' windows are designed annually by artists with minimalist leanings while the team from fellow luxury retailer Bergdorf Goodman artfully assemble towering stacks of candy canes, gingerbread houses, Swarovski fountains, hat boxes, mirrorballs, multi-tiered cakes, mythical creatures, musical instruments, chandeliers, crystal palaces and enchanted forests until not a millimeter of surface area is left unadorned. Then teetering in front of this cornucopia are custom-made mannequins draped in Italian sequined gowns and bejeweled platform heels from the store’s designer labels. Often the name of a sponsor is printed on the glass––in Saks’s case, it’s Mastercard––as well as the brand names behind the featured merchandise and on which floor you’ll find it. 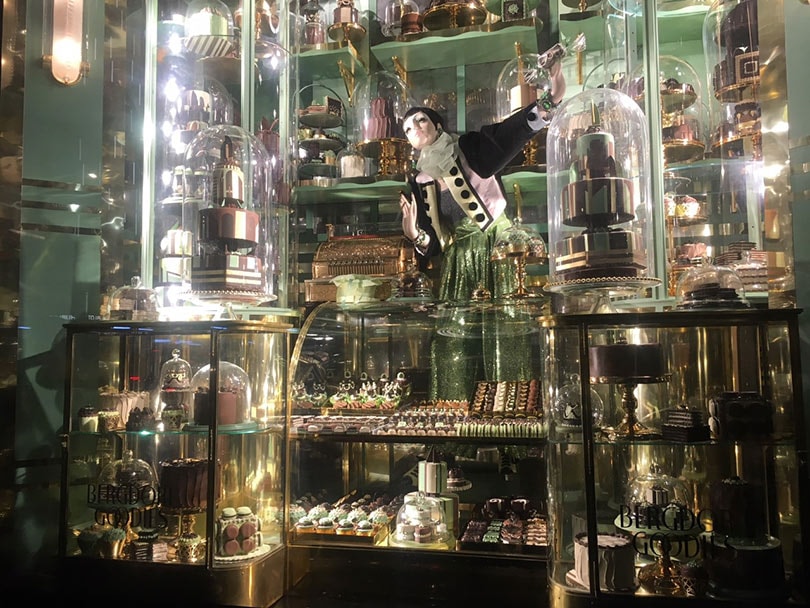 While these must-see tourist destinations reflect the magic and fantasy many associate with the holidays they are essentially commercial honeypots for brick-and-mortar stores in an era when it can be tempting to do all one’s gift shopping with a click on Amazon. Linda Fargo, who has styled Bergdorf Goodman’s windows for 20 years, described the importance of their experiential factor to Business of Fashion: “Given the inherent abstraction of digital retail, there’s an increasing attraction to actual and physical experience. It’s rooted in memory and simple pleasures, like delight and surprise, especially important emotions during the festive season.” 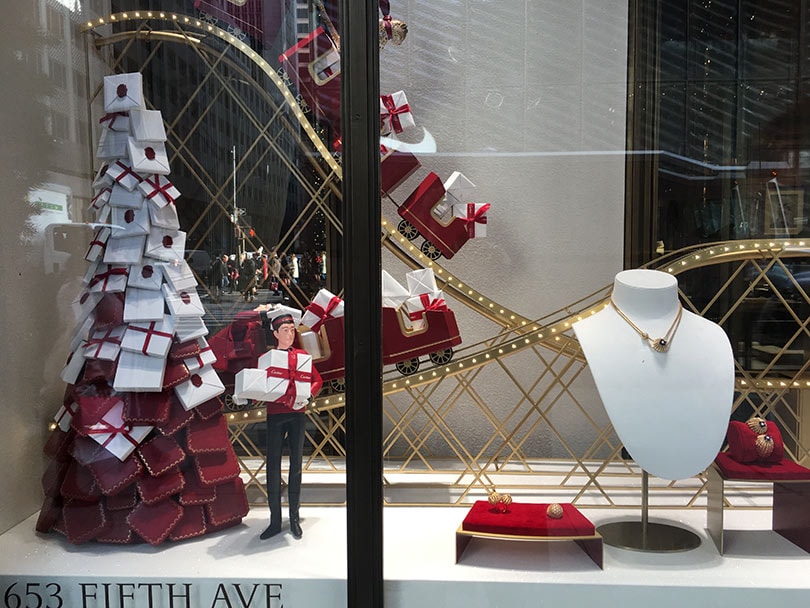 Holiday sales remain critical to retailers as according to market research firm NPD Group, stores do 25 percent of their annual business during holiday season and 24 percent of all holiday purchases are influenced by the store windows. Festive window design is perhaps the one powerful marketing device that Amazon cannot deliver on and a screen cannot mimic the stop-you-in-your-tracks impact of the window––which is why the hundreds of team members behind the city’s current holiday windows are making a list and checking it twice, their minds already lit up with ideas for next year. 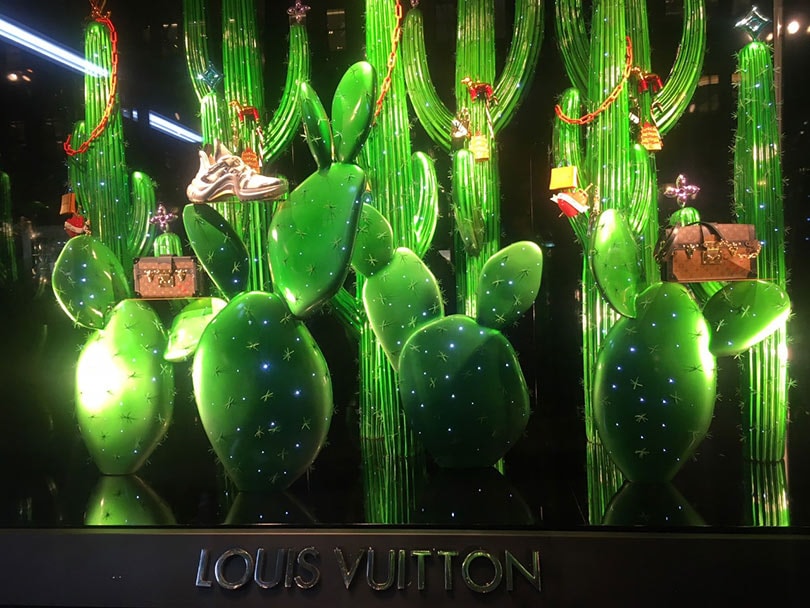