British heritage brand Belstaff has been named the official outfitter to Ineos Automotive’s new forthcoming, 4x4 vehicle named the Grenadier, which has been designed to be capable, durable and reliable while handling the world’s harshest environments.

Full details of the partnership are to be unveiled in the coming months, however, Belstaff added that the design brief of the new 4x4 Grenadier rang “true” with their ideals, as Belstaff has been creating durable and dependable clothing for adventurers and athletes, sailors, motorcyclists, aviators, and military personnel for almost a century.

Belstaff chief executive Helen Wright said that the partnership underlines the brands’ synergy: “Journeys have always been an intrinsic part of the Belstaff world. We’ve been outfitting adventurous spirits – from motorcycle legends and sporting icons, to movie stars and revolutionaries – since 1924.

“As official outfitter to Ineos Grenadier, our shared commitment to quality, innovation and modern utility is the natural starting point for an enduring partnership.”

Ineos Automotive states that the Grenadier project started after identifying a gap in the market, abandoned by a number of manufacturers, for a utilitarian off-road vehicle, designed to meet the demands of its future owners for a rugged, capable and comfortable go-anywhere working vehicle. 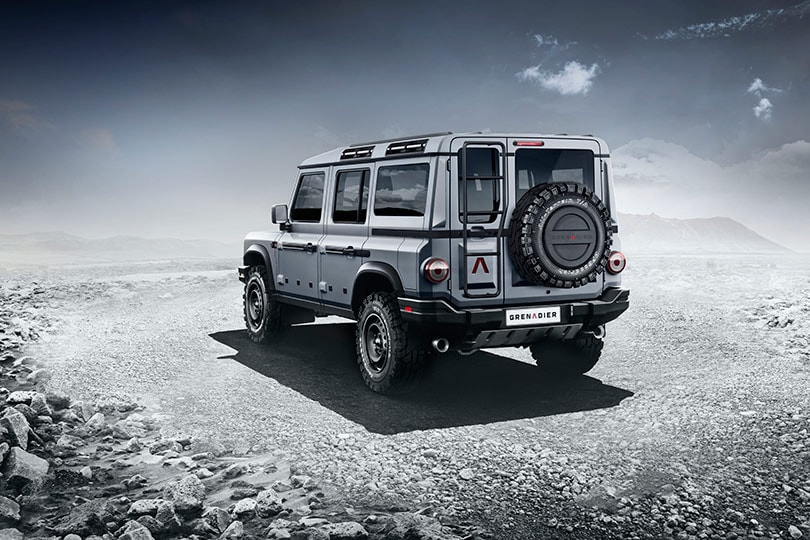 Commenting on the design of the Grenadier, Toby Ecuyer, head of design on the project, added: “We set out to design a modern, functional and highly capable 4x4 vehicle with utility at its core. A design that is ‘easy-to-read’, with no ambiguity about the Grenadier’s role in life. There to do everything you need, and nothing you don’t. Nothing is for show. Modern engineering and production techniques ensure the Grenadier is highly capable, but we have been able to stay true to the essence of creating a utilitarian vehicle that will stand the test of time.”