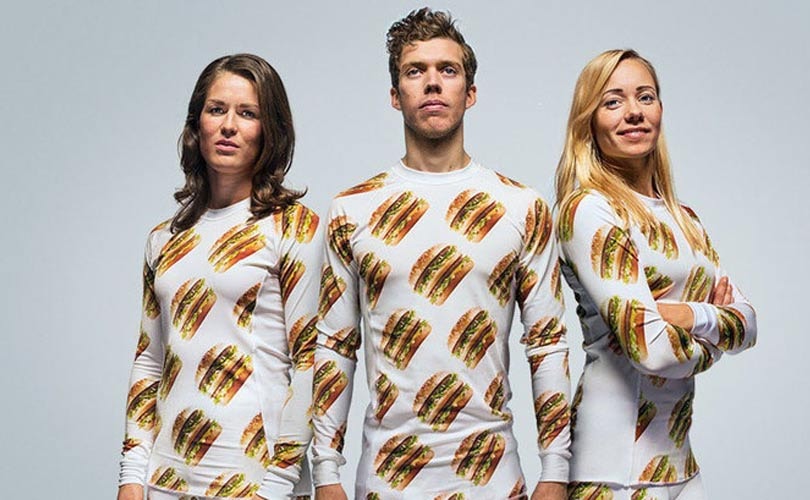 'Big Mac' fashion in the new era of viral marketing

Hot on the heels of Burger King's preposterous new fragrance, fast food rival McDonald's is out with its own stab at unconventional marketing.

The company launched a clothing and lifestyle line in Sweden earlier this week, which includes thermal tops and bottoms, raincoats, wallpaper and sheets. All the products have the same Big Macs-on-white pattern.

The available sizes range from extra small to extra-extra large, and the products can be bought only in Sweden.

The beefy collection was part of the company's publicity campaign called "imlovinit 24." The campaign featured 24 McDonald's-themed stunts in 24 cities in a day. Profits from these will benefit Ronald McDonald House Charities.

Recently, Burger King Japan announced plans to launch a limited-edition perfume on April 1 which would smell like flame-grilled hamburger. Ads released said the company would release the "Flame-Grilled Fragrance" on April Fool's day. It will only be available for one day and will retail for 5,000 yen or about 41 dollars. (DPA)