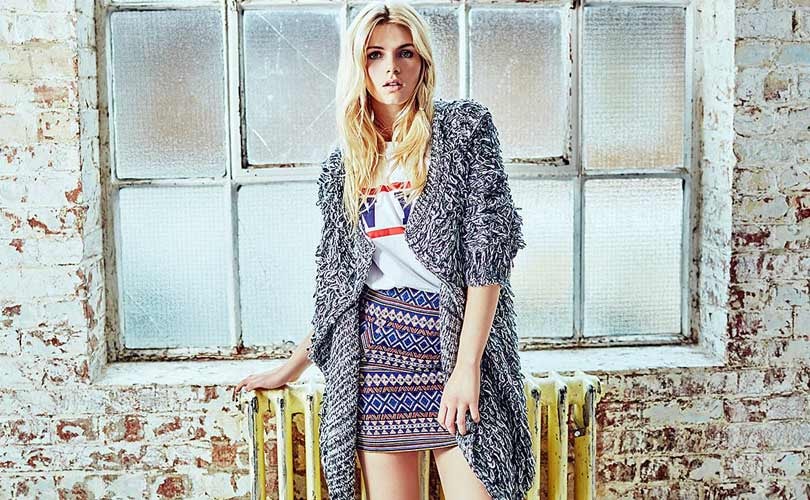 After announcing last week that it would be banning the use of wool in all its products, Boohoo group says it will “continue to use wool as a sustainable material”.

On Friday, the group, which owns brands Boohoo, BoohooMan, PrettyLittleThing, and Nasty Gal, announced that it would be banning wool from its products, and was commended for the decision by People for the Ethical Treatment of Animals (Peta), who said it was the first such ban by any major fashion retailer.

Just hours later, however, Boohoo released a revised statement, saying: “Boohoo continues to assess all options as part of its ongoing commitment to a more sustainable future.

“We are committed to ensuring the wool used in our supply chain comes from good husbandry and meets high levels of animal welfare, and will continue to use wool as a sustainable material.

“We are engaging with PETA and the relevant parties to discuss options that will balance our customer demand, animal welfare and sustainable future”.

Boohoo reverses its ban on wool

Peta has so far released 11 exposés of 99 sheep-shearing facilities across Australia, South America, the UK, and the US since 2014, which the animal welfare group says demonstrated “systemic” abuse.

Boohoo’s original plan to ban wool was met by criticism from UK farmers. John Royale, head of livestock at the National Farmers' Union, said in a statement: "Wool is the most sustainable of all fibres and is far better for the environment than creating plastic fibres, which create pollution. Shearing sheep stops them getting heat stroke.

"Farmers that shear are properly trained. There was one group of professional sheep shearers exposed for bad practice by Peta and that is probably why Boohoo has caved in to this."