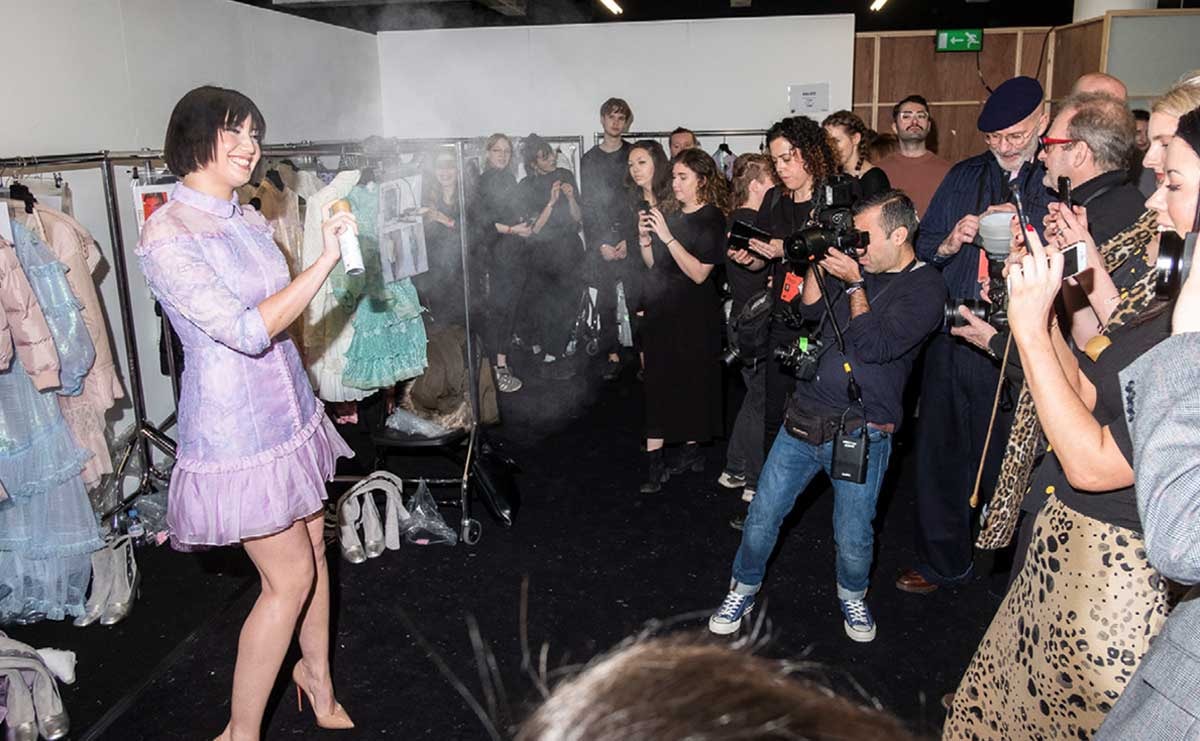 New York – With the four major fashion weeks (New York, London, Milan, Paris) either in full swing or right ended, we review how they’re adjusting to better accommodate to lead on an ever-changing industry and a politically convoluted economy.

Investors often wonder how relevant these expensive, occasional events are in an era when the way people shop and connect with brands has dramatically evolved. A fashion show at one of the major Fashion Weeks can easily run from 300.000 dollars to 1 million dollars once the price of models, set design, lighting, sound, and all the other elements were factored in. For those investing in fashion companies, it might get really difficult to see the return of their investment.

The two New York Fashion Weeks (NYFW) held in February and September each year account for nearly 900 million dollars in economic impact annually, according to analysis by the New York Economic Development Corporation.

The New York Fashion Week has languished in recent years, with industry experts noting that this season marked an ideological shift, with designers delving deeper their messages. The ‘Wall Street Journal’ points out that opposing cultural biases, the experience of being black in America, celebrating curvy bodies and every age of womanhood have been top themes this year.

Meanwhile, both front rows and backstage echoed concerns and anticipation regarding trade tariffs and escalating tensions between the U.S. and China, Brexit and shifting economic and consumer behaviours affecting the business.

As explained by industry expert Cameron Silver (founder of Decades and fashion director of H by Halston and H Halston) in an interview with Forbes, “NYFW and the fashion industry in general is in an existential crisis at present. The way younger generations consume in a shared economy is ultimately providing huge challenges and fashion shows no longer engage the same way with customers. Visceral connections with fashionistas remain one of the most effective ways to create transactional relationships. Consumers want to know the creators of the items they purchase and social media has created a platform that provides transparency and access.”

The fashion industry is worth over 32 billion pounds to the UK economy. Official sources point out that London Fashion Week (LFW) generates over 100 million pounds in clothes orders on an annual basis and employs an international workforce that includes more than 10,000 European staff.

That’s precisely why Brexit poses a real risk. If no deal is achieved, market sources are accounting for a designer exodus (90 percent of designers voted Remain in the EU referendum, recalls the ‘Independent’.) On a related note, the British Fashion Council (BFC) claims that tariff increases on manufacturers, fabrics and imports could cost the industry 900 million pounds.

Over the 9-day ordeal (Paris is the longest Fashion Week amongst the four major ones), market sources calculate 10.3 billion euros in sales are achieved on average. According to the Fédération De La Haute Couture Et De La Mode, the Paris Fashion Week is a driving force in the French capital’s economy. It’s credited to generate 1,2 billion euros in economic spinoffs yearly.

Over 300 fashion shows are held yearly as well as 27 professional trade fairs with over 14 000 exhibitors. Half of brands presenting at the fashion shows are foreigners, while the percentage goes up to 75 percent for brands at the fairs.

Milan: ’Made in Italy’ generates in excess of 37 million euros per season

Publicly available data shows that although Milan Fashion Week attracts fewer visitors than Paris, New York, and London, the city’s visitors spend more on average than at other fashion events – nearly 2,000 euros each. This means that the local economy adds about 37 million euros per season.

Notably, Alibaba Group’s B2C e-commerce platform Tmall has brought emerging Chinese designers to the latest edition of Milan Fashion Week, as it continues to roll out its “China Cool” project at fashion capitals around the world. Tmall has partnered with New York Fashion Week since 2017, but this is its first time putting on a showcase at Milan Fashion Week, one of the most awaited appointments of the fashion industry worldwide, said Christina Fontana, director for Fashion and Luxury Europe at Alibaba Group.

Miuccia Prada was the first to hit the Milan’s catwalk, setting the temperature for the Italian fashion week. Inclusion, eco-consciousness and a priorisation of style over trends set the tone for the influential Italian fashion mogul. As highlighted by ‘The Guardian’, Prada has kicked things off by showing that a new way of thinking is on her agenda.

The event has been held since 1958 and attracts more than 22,000 visitors each season with major Italian brands headline the event, up-and-coming designers also have an opportunity to promote their brands.