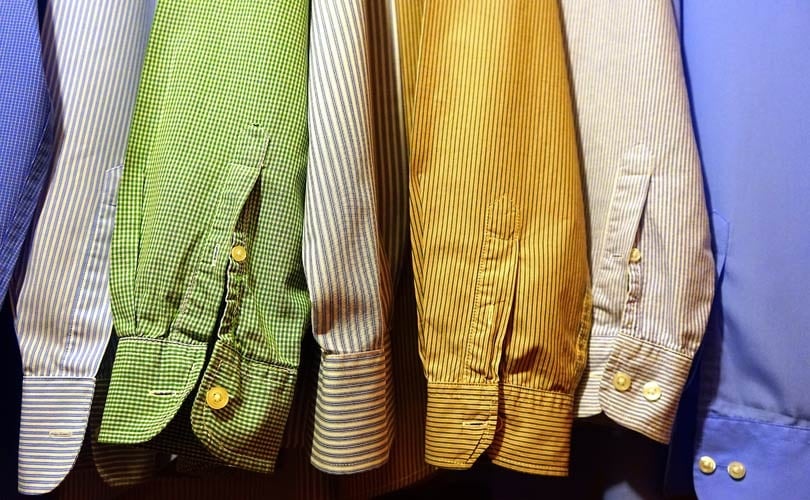 Eight out of ten Britons feel that brands should provide more information on their environmental commitments, and almost three-quarters of the UK public think clothing brands should be responsible for what happens in their supply chains and should ensure garments are manufactured in an environmentally friendly way, states a new opinion poll by Ipsos MORI.

The poll on behalf of Changing Markets Foundation and the Clean Clothes Campaign found that over half (55 percent) of UK shoppers surveyed would be put off buying from a brand associated with pollution in its manufacturing, and that only one in ten (11 percent) feel consumers are kept well-informed about the impacts of clothing manufacturing on the environment and people.

The results also highlights a lack of trust in the fashion brands, with the public indicating that they want more information about the clothes they buy, but the majority of the UK public note that they are “sceptical about the credibility of information communicated by brands”.

Less than one in five (18 percent) would trust sustainability information provided by clothing brands themselves, while less than one-quarter (23 percent) think that industry self-regulation is the most effective way to minimise the impacts of the fashion industry on the environment. On the other hand, a majority find consumer pressure (62 percent) and government regulation (52 percent) as the most effective ways to achieve this.

The poll also revealed some surprising perceptions around luxury versus low-cost brands, with only 6 percent of consumers associating luxury label Gucci with having a sustainable supply chain, the same percentage as fast-fashion chain, Primark.

Urska Trunk of the Changing Markets Foundation, said in a statement: “This is the most comprehensive consumer survey to date looking at perceptions of environmental and social standards in the clothing industry. It shows that people expect brands to take responsibility for what happens in their supply chains, both in terms of their workers and the environment.

“All the indications are consumer mindsets are changing: they want more accountability, and more information and they are increasingly putting their money where their mouth is.”

Those surveyed also expressed concerns about low wages, with seven in ten (69 percent) feeling that the fashion industry pays low wages to workers in its supply chain, and an equal proportion say it is difficult to know if the brands they buy from meet higher ethical standards. With 79 percent adding that they feel clothing brands should provide information on whether the workers in their supply chains are paid a fair living wage, and more than half (54 percent) stated that they would be put off buying from a brand that does not do so.

In addition, the poll reveals that 60 percent of UK consumers would pay 2-5 percent more for their clothing if it meant factory employees were paid a fair living wage.

“These findings show that people in the UK want more information on working conditions and would be put off buying from brands who are not paying a fair living wage. It’s time for the government to act if the industry is not going to,” added Dominique Muller of Labour Behind the Label, Clean Clothes Campaign UK in a statement.

The report comes amid rising calls for the UK fashion industry, which contributes 28 billion pounds to UK GDP annually according to the British Fashion Council, to become more sustainable and transparent, as an ongoing Parliamentary inquiry into the sustainability of the fashion industry has heard evidence about the environmental footprint of clothing, forced labour in fashion supply chains and textile waste.

However, change is on the rise, as according to the Ethical Consumer Markets Report 2018, last year saw an almost 20 percent jump in the market for ethically-produced clothing and a 22.5 percent increase in second-hand clothing purchases, indicating that consumers are increasingly acting on their environmental concerns.