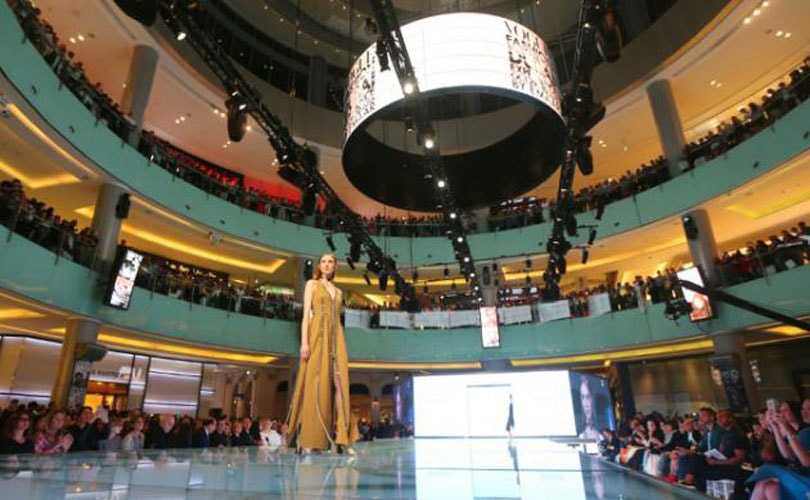 Vogue Fashion Dubai Experience opened in one of the world's largest malls on Thursday, showcasing designs by a range of emerging talents from Africa to ultra-conservative Saudi Arabia.

Models wearing modern and edgy skirts, jackets, and dresses by eight international designers paraded on the catwalk in the Dubai mall, as shoppers watched.

"My line has two sides: feminine that goes to edgy and boyish," said Saudi designer Reem al-Kanhal who in 2009 launched her own ready-to-wear clothing and accessories label recognisable by its unusual cuts.

"I always challenge myself in doing something we don't always see... simple but taken sometimes from our own tradition in the Arab world," she told AFP before the show.

Kanhal herself was dressed in what looked like a traditional black abaya usually worn by women in the Gulf region, but with a funky design as well as several necklaces and rings. However, unlike most designers in the Gulf, Kanhal designs Western-style clothing and has refused to limit her creativity to the abaya.

The designer who comes from a country which applies a strict version of Islamic sharia law and deprives women of various rights, including driving, says her abayas "are completely different but at the same time stylish and can be worn as outfits by non-Saudis."

"This is what I make sure to do -- change the traditional things that are for us alone and turn them into something global," she said. She has even created a "jumpsuit abaya" for herself, she said as she showed off a two-piece black scarf she wore over her chin-length bob.

"It's more like a coat. If you wear it with pants in Paris or anywhere it's so cool," she said. The young designer whose career started off as "challenging" in the kingdom before people began accepting it, insists that "it's nice to mix modesty with femininity and beauty. I believe I can be modest but attractive." 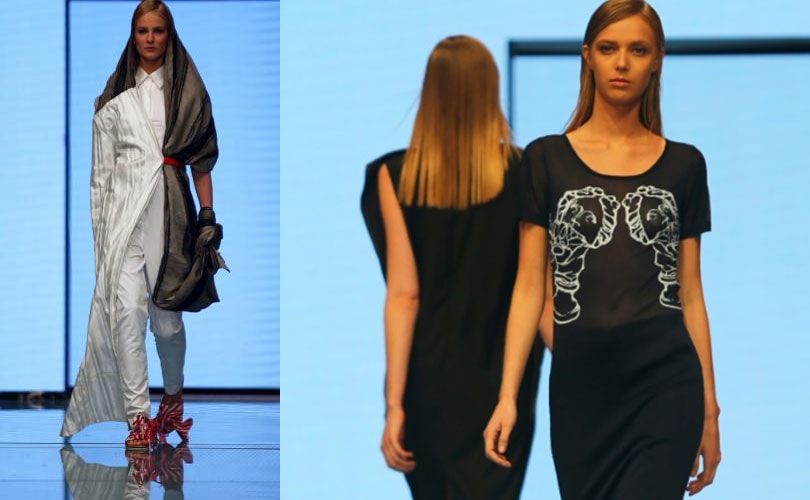 'My designs are opulent'

During the two-day event, the collections of 25 emerging designers from the Middle East, Asia and Africa will be evaluated by a panel of fashion experts, offering a chance to be showcased in Italy.

Among the new talents is Anita Quansah, a half-Ghanaian, half-Nigerian jewellery designer living in London who launched her brand in 2006. "My designs speak for themselves," she said. "My designs are opulent", blending in her African origins and Western background.

"I tried to bring in the two things I love most - my African background... and my love for creativity," said Quansah, wearing a turban and a colourful necklace of her own design.