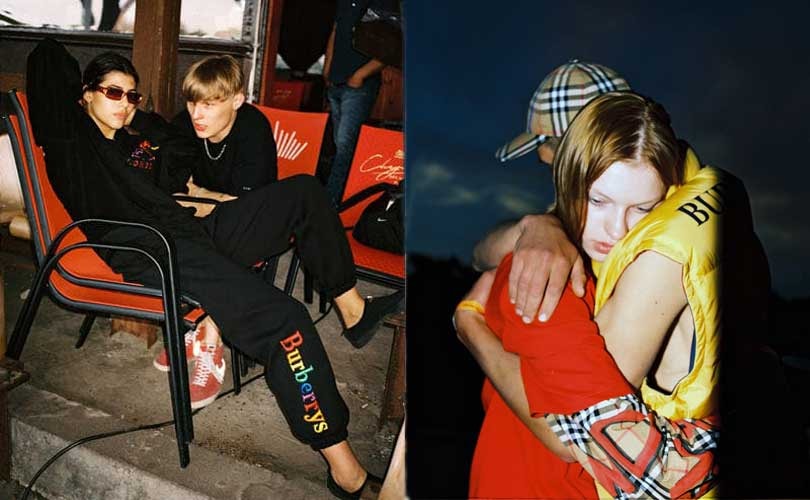 Burberry is teaming with Opening Ceremony to release a special collection. The release will feature pieces made for the brand’s fall collection and items made exclusively for the American clothing company.

Among the designs are re-released logo jerseys and previously sold items that have been given a new spin - with rainbow graphics that pay tribute to European landmarks like the London Bridge and Arch de Triumph. There’s also athletic wear taken from Burberry’s 1995 and 1996 winter collections. Apparel in the vintage-inspired line ranges from 240 dollars and 650 dollars.

The colorful new releases, some of which feature a rainbow overlay, show that former chief creative officer Christopher Bailey left an imprint. Bailey’s final show with the brand in January offered a celebration of youth and the LGBTQ+ community.

The line is showcased in a new campaign by photographer Salvatore Caputo. Shot in Kiev, Ukraine - the images are set against the backdrop of the city’s rave scene.

The clothing is available at openingceremony.com