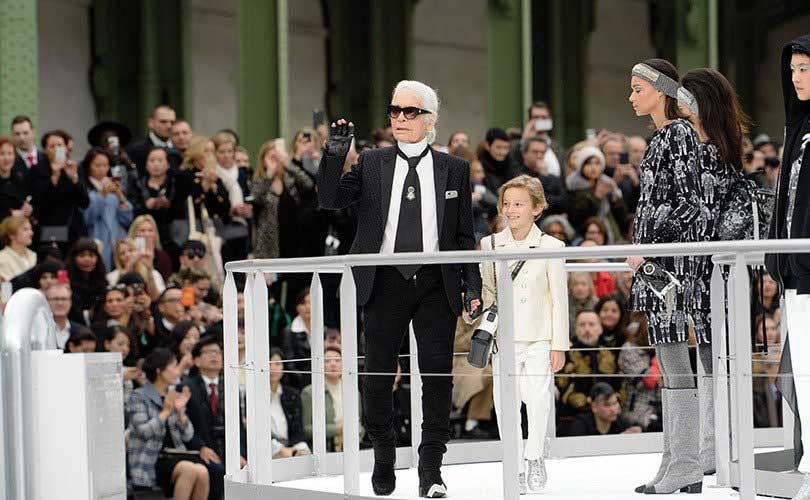 Chanel led out its space-themed Paris fashion week show Tuesday with a 15-year-old model days after an unnamed big brand was criticised for "trying to sneak 15-year-olds" onto the catwalk.

With the fashion world shaken by the row over the alleged mistreatment of scores of models at a "cattle call" casting for Balenciaga, Chanel designer Karl Lagerfeld denied that the athletic American teenager Cara Taylor was too young to be on the runway.

"No that is ridiculous," he told AFP. "Kate Moss and Naomi (Campbell) all started at 12, 13, 14. "They come with their mothers. In my studios there are no drugs and no one jumps on them," the 83-year-old veteran added. Last week US casting director James Scully hit out at top fashion labels for using underage models. 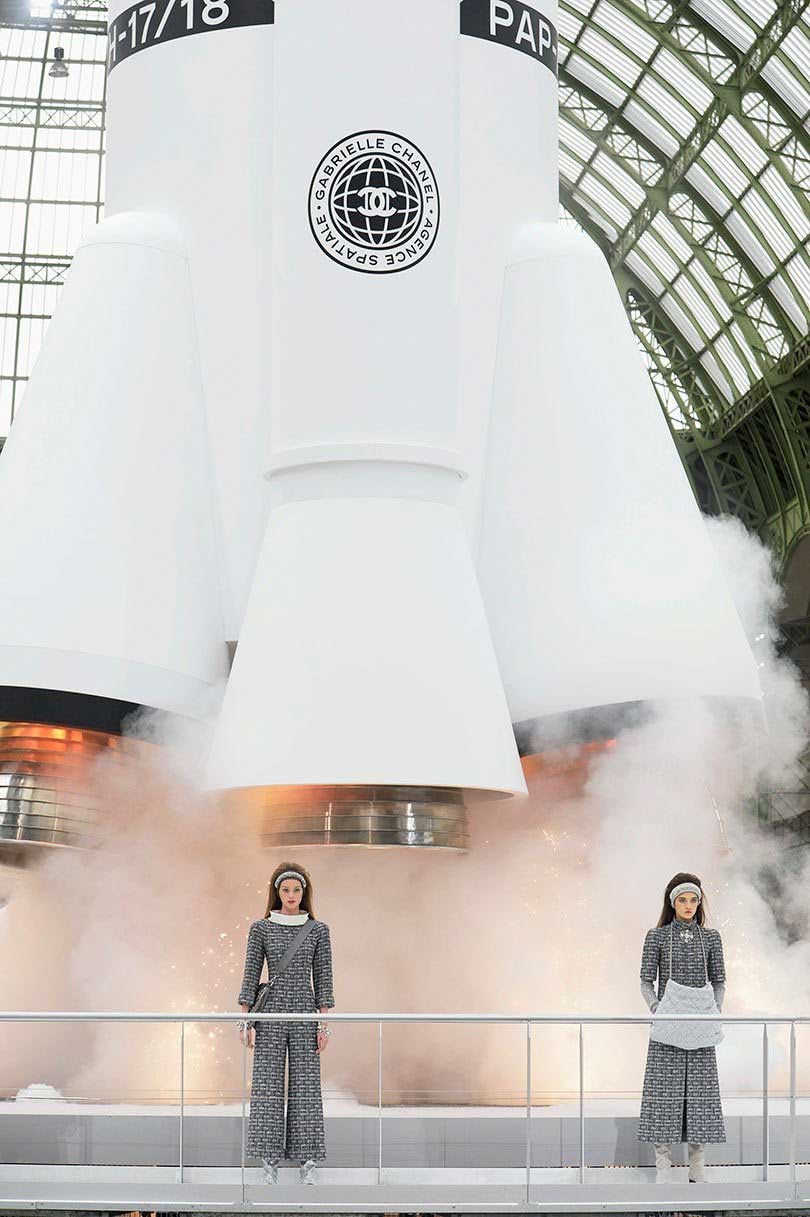 In his Instagram post which revealed how models were left to wait for hours in a staircase for the Balenciaga casting, he claimed "another big house is trying to sneak 15-year-olds into Paris.

"It's inconceivable to me that people have no regard for human decency or the lives and feelings of these girls, especially when too too many of these models are under the age of 18 and clearly not equipped to be here," Scully added.

Taylor also featured in the Dior show last week. Discovered on Instagram, Taylor, a high school volleyball player from Alabama, has the potential to be a catwalk star, Lagerfeld declared. 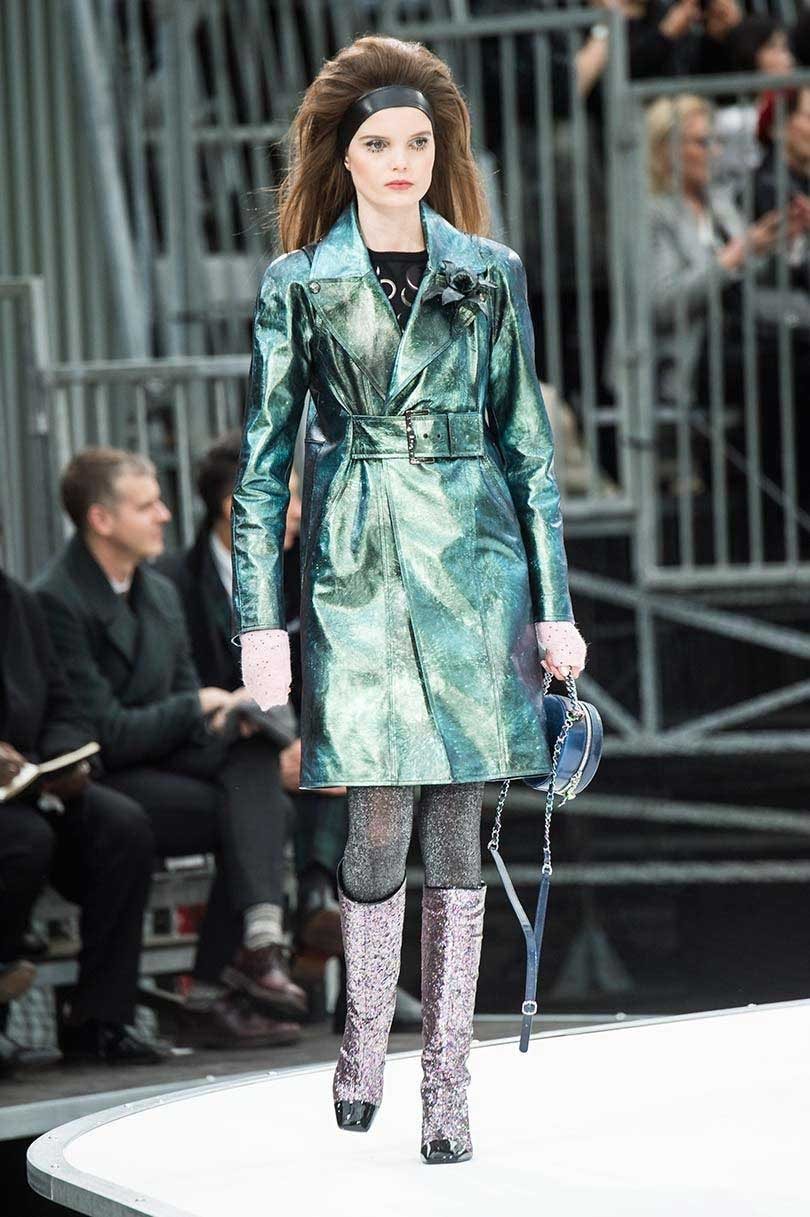 He used her for his Milan show for Fendi last month, where she also walked for Versace and Valentino. "She has something," said the creator known as the Kaiser for his mastery of the fashion scene.

"Fifteen is young. For photos she has to learn a bit yet because she is not used to it. She is a young girl." New York fashion week asks that models should be at least 16 to take part in its shows, while a similar gentleman's agreement exists in London. No such restrictions exists in Paris or Milan.

Taylor, however, already appeared in a Alexander Wang show in New York in September. Lagerfeld said Taylor's androgynous frame "is the modern physique. It is like that today, the aggressive sexiness we leave to others," he added in a swipe at Saint Laurent, which has sparked fury over an ad campaign which campaigners condemned Monday as "sexist" and "degrading".

Feminist activists protested outside one of the Saint Laurent's Paris boutiques Tuesday. The head of the French advertising standards authority had earlier told AFP that the campaign -- which features a reclining women in a fur coat with her legs apart and another bending over a stool -- was a "serious breach" of its rules.

The body asked the brand to pull the posters Tuesday ahead of a meeting three days later to decide what action should be taken. 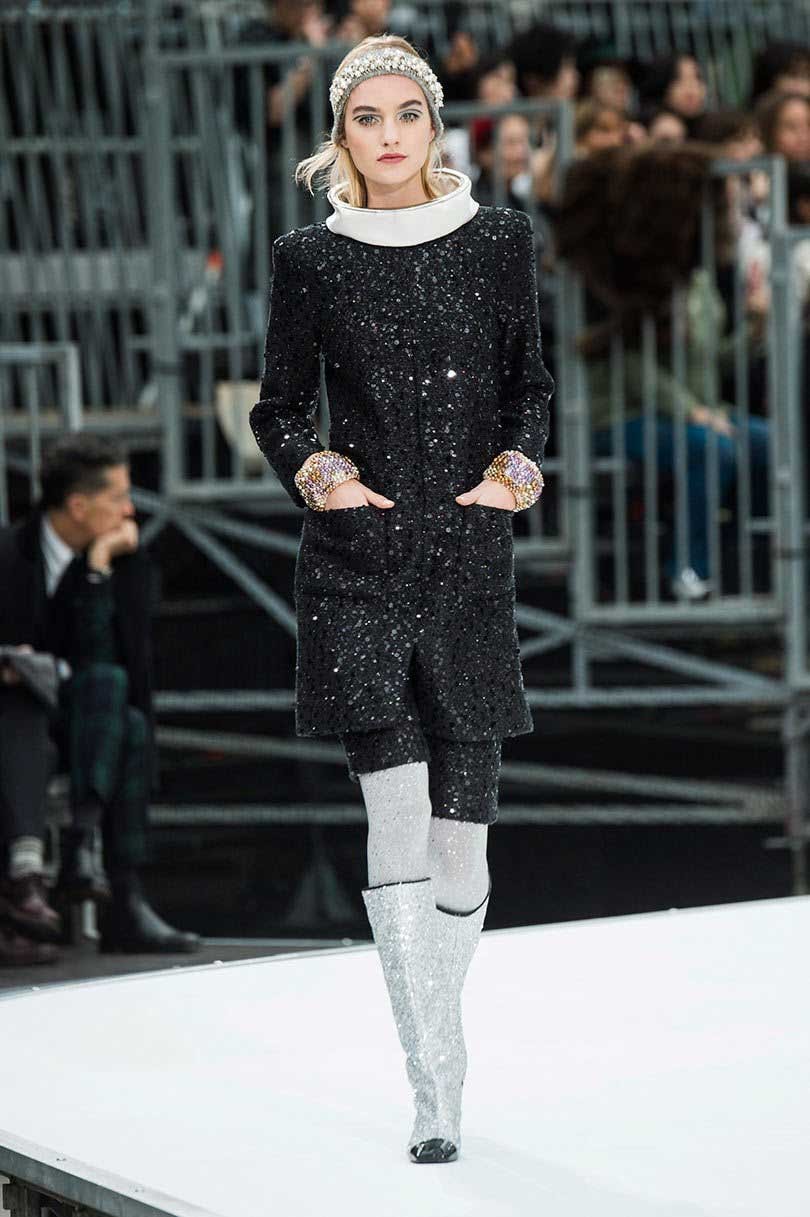 Saint Laurent used Taylor briefly in a suggestive video to launch its previous collection, when its new designer Anthony Vaccarello began sexing up the label. Taylor is not the youngest model ever to lead out a top Paris catwalk show. The Israeli model Sofia Mechetner, who was 14 at the time, was the star of a Dior haute couture show two years ago.

Nor was Taylor the youngest person on the Chanel catwalk for its spectacular show, which featured a 37-metre (120-foot) space rocket as its centrepiece. Lagerfeld's eight-year-old godson Hudson Kroenig -- already a catwalk veteran -- was among 90 models featured in the show, which ended with the PVC rocket lifting off 10 metres in a cloud of dry ice towards the roof of the Grand Palais.

With models in the bouffant hairdos of 1960s sci-fi heroine Barbarella and glittery silver boots, the designer mixed street styles and space motifs with Chanel's classic looks. Under their dresses, some models wore crepe de chine Bermuda shorts edged in tweed, which as well as being perfect for space travel, Lagerfeld said were also ideal "for riding a bicycle". (AFP)