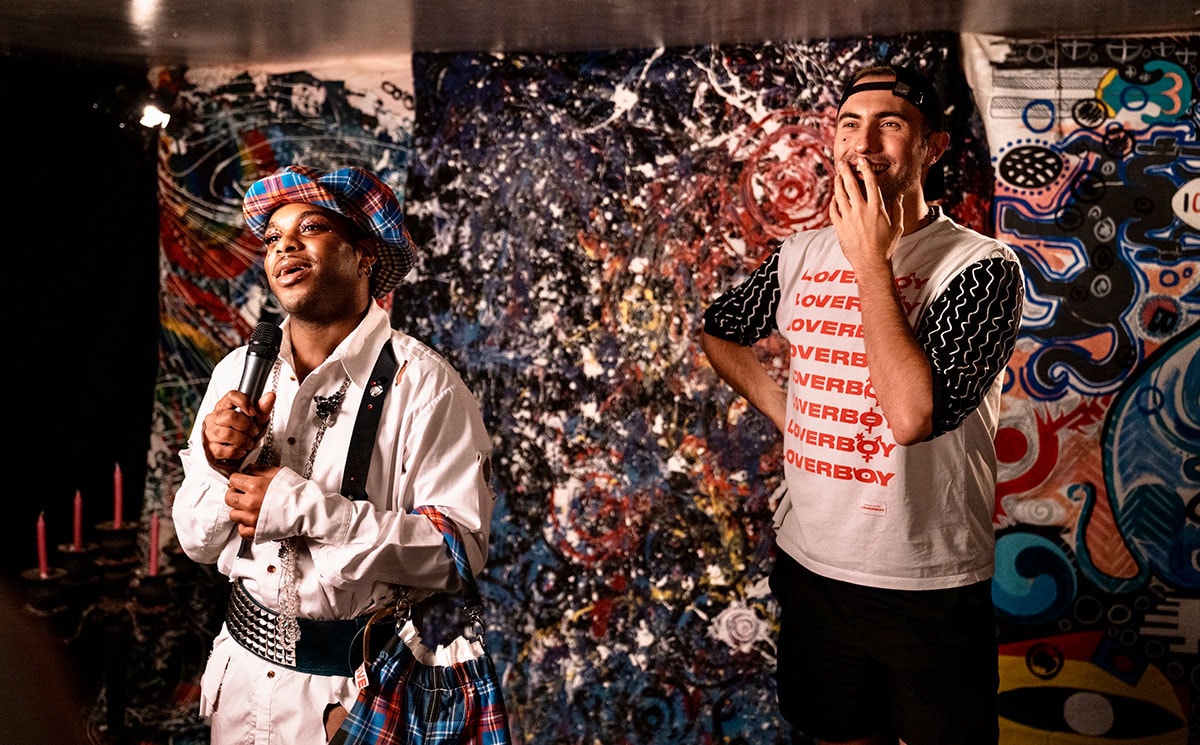 The event took the form of an online fundraiser, alongside a live-streamed virtual talent showcase, as well as acting as the launch for his capsule collection. 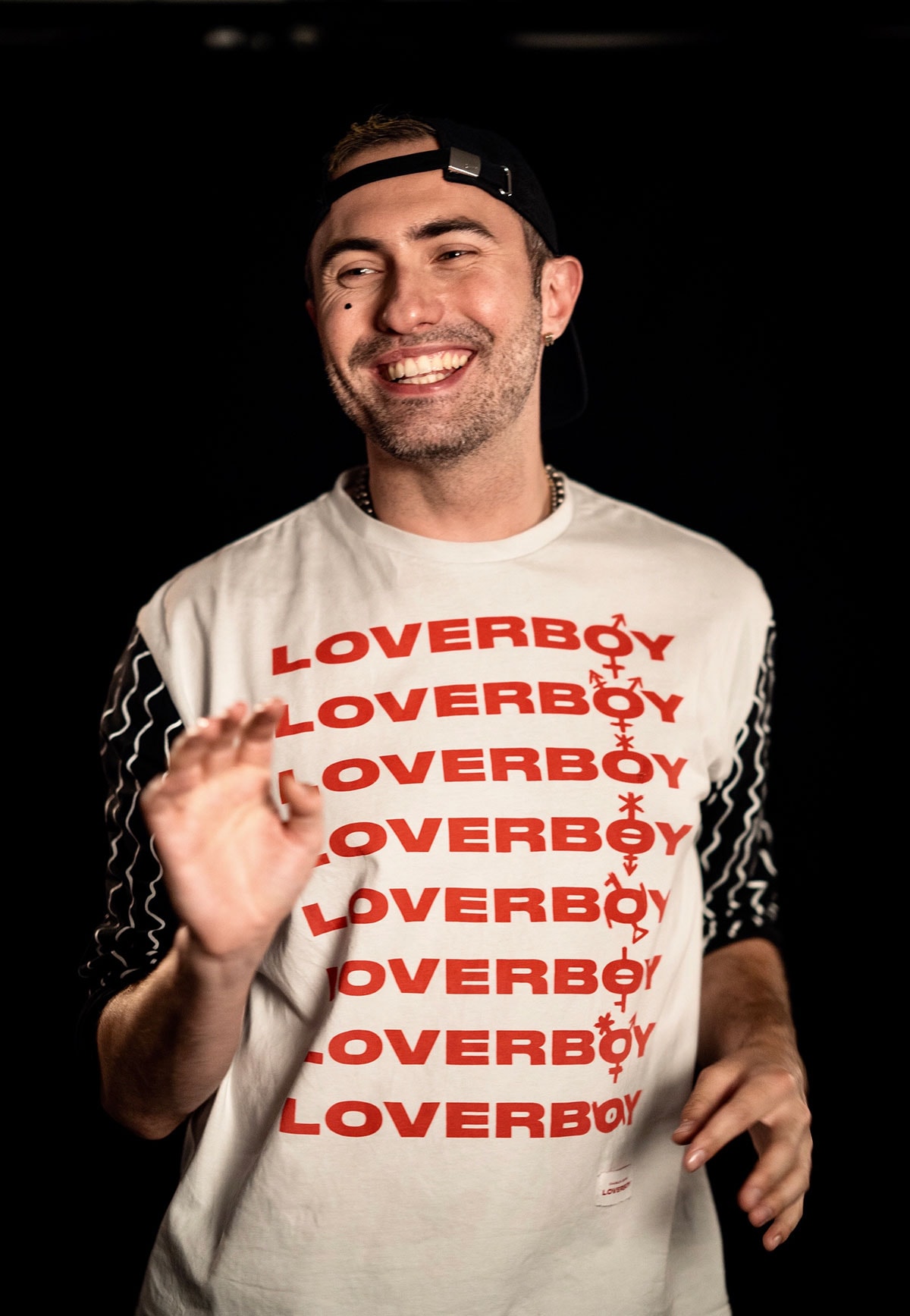 This wasn’t the event that the British designer had planned just two week ago, the intention was to hold a virtual party in the spirit of the Loverboy club night, however, the designer said that he had been moved to “adapt, respond, and re-think” as he responded to what he called “seismic shifts” due to the Black Lives Matter movement. “As the vital anti-racism movement erupted around the world, and essential conversations were had by fashion brands everywhere about the role we play in this - naturally, the planned celebration was no longer right,” explained the brand in a statement. “After days of mindful discussion, the decision was taken not to cancel the live-stream - but to reconfigure it entirely, as an opportunity to book, spotlight, and raise the voices of PoC talent.” 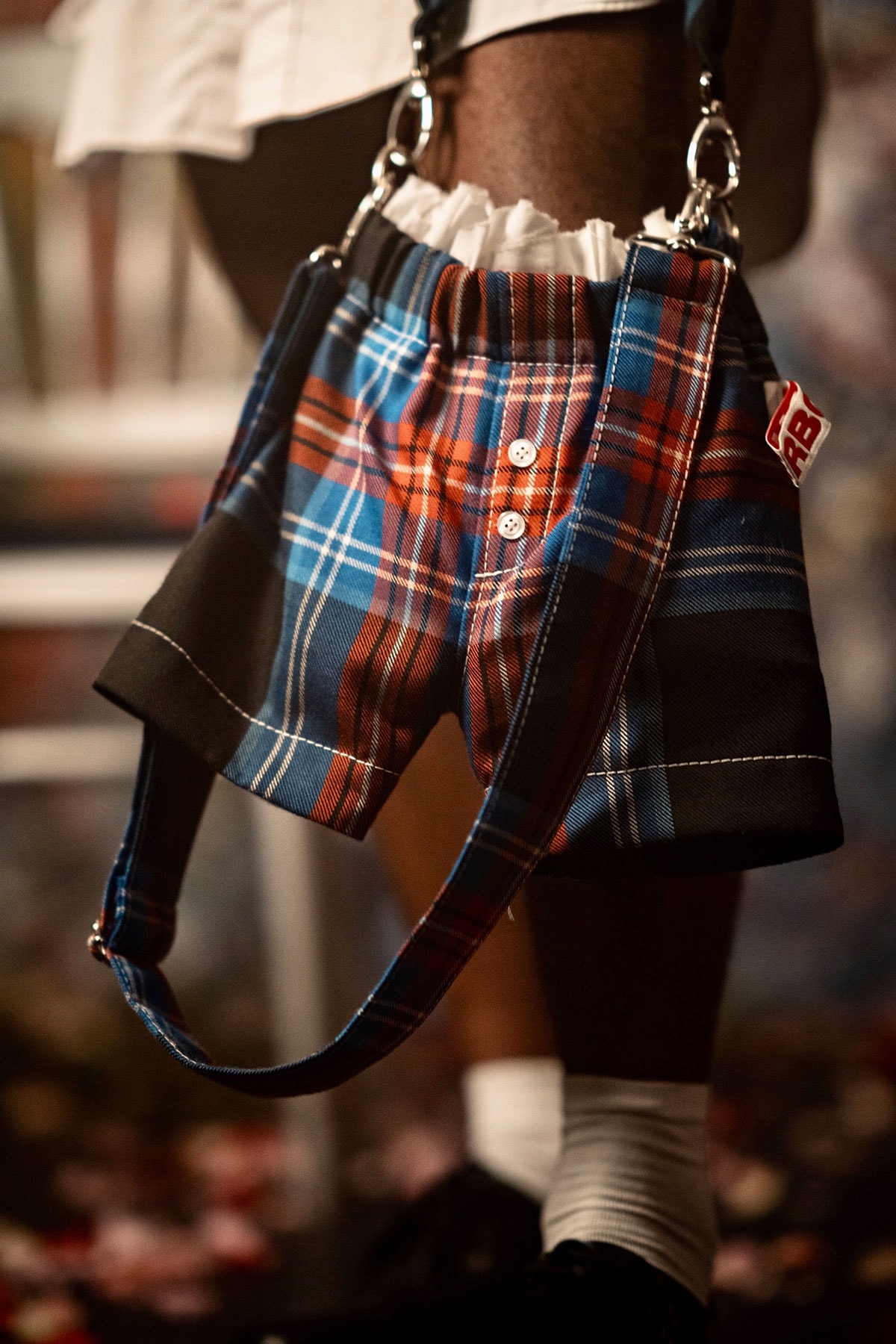 In essence, Jeffrey “passed on the mic” to black creatives, including fashion designers and former students of Jeffrey via lecturing at The University of Westminster, Halina Edwards and Catherine Hudson, who took part in the talent showcase and fundraiser which was live-streamed from Dalston’s VFD, where the Loverboy club night, and subsequently the label, was born.

In addition, the ‘Solasta’ showcase featured singer/songwriter Rachel Chinouriri, poet and activist Kai-Isaiah Jamal, dancer Malik Nashad Sharpe, and commentator and presenter Miss Jason of Jason’s Closet, who were all set an open brief to do what they wanted with the time. 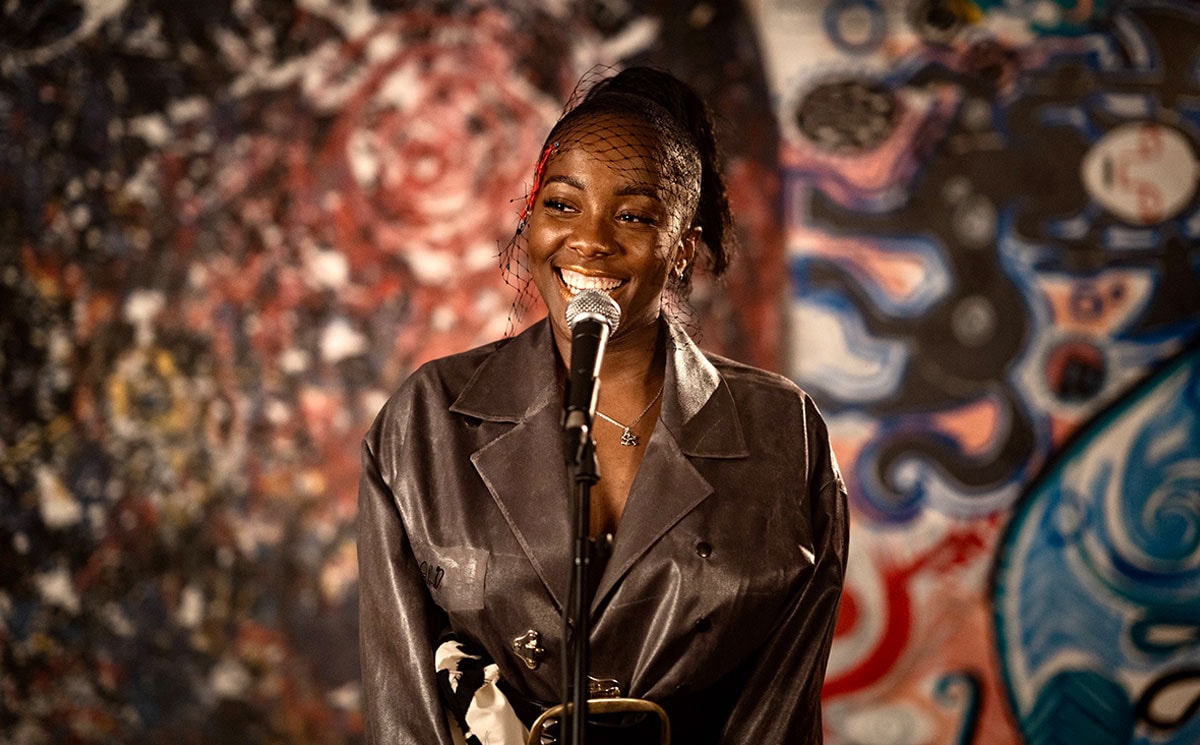 Following an introduction from MC Miss Jason, the event began with a performance by New York-born, London-based, dancer and choreographer Malik Nashad Sharpe wearing a draped white jacket and wide trousers from graduate Catherine Hudson’s ‘Cool Rasta’ collection. This led onto menswear graduate Hudson sharing her collection, inspiration and techniques via a video, explaining how she free-hand drafted her patterns in high-stressed, busy locations around London and how her tailoring explores her Jamaican heritage through the Rocksteady bands who came to the UK. 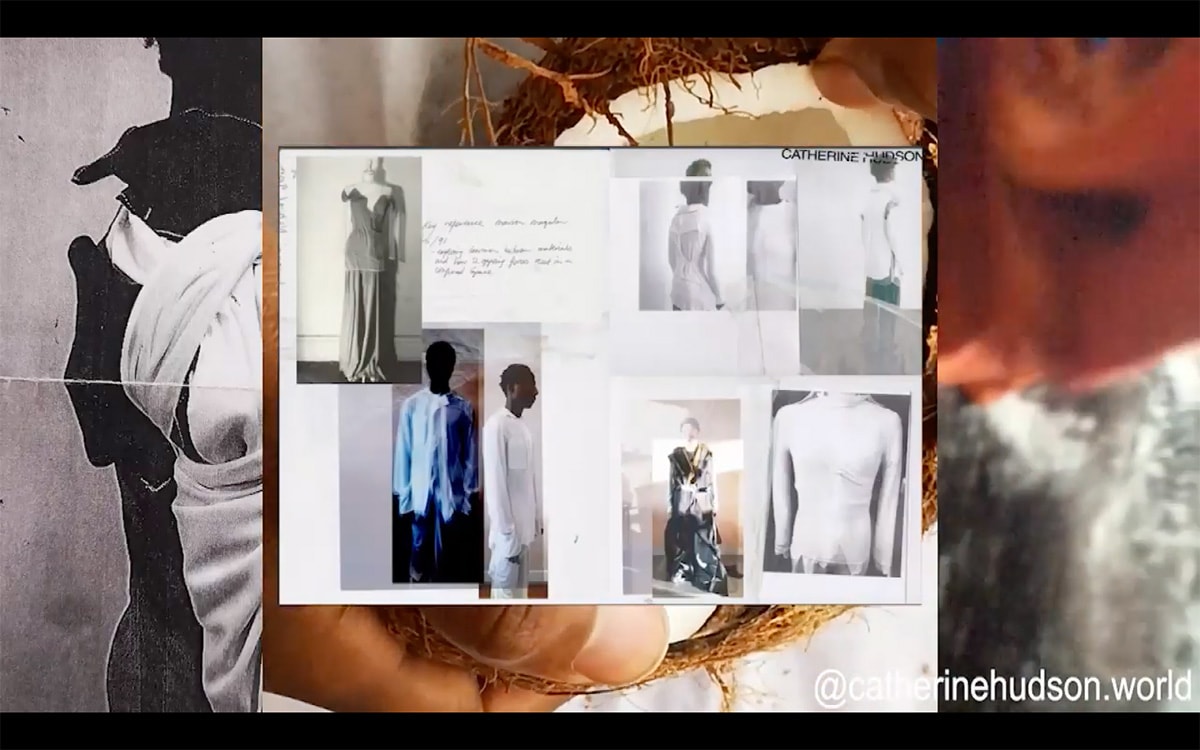 Then it was the turn of singer-songwriter Rachel Chinouriri, who was named by the Evening Standard as one of London’s most influential young people. Chinouriri sang three songs wearing pieces from Halina Edwards’s collection, who is inspired by Afro-Caribbean heritage. The final performance was a poem by Kai-Isaiah Jamal, a spoken word artist, performer, model and visibility activist, whose work aims to disrupt the literature sphere with the inclusion and centring of black, trans/queer and marginalised identities. 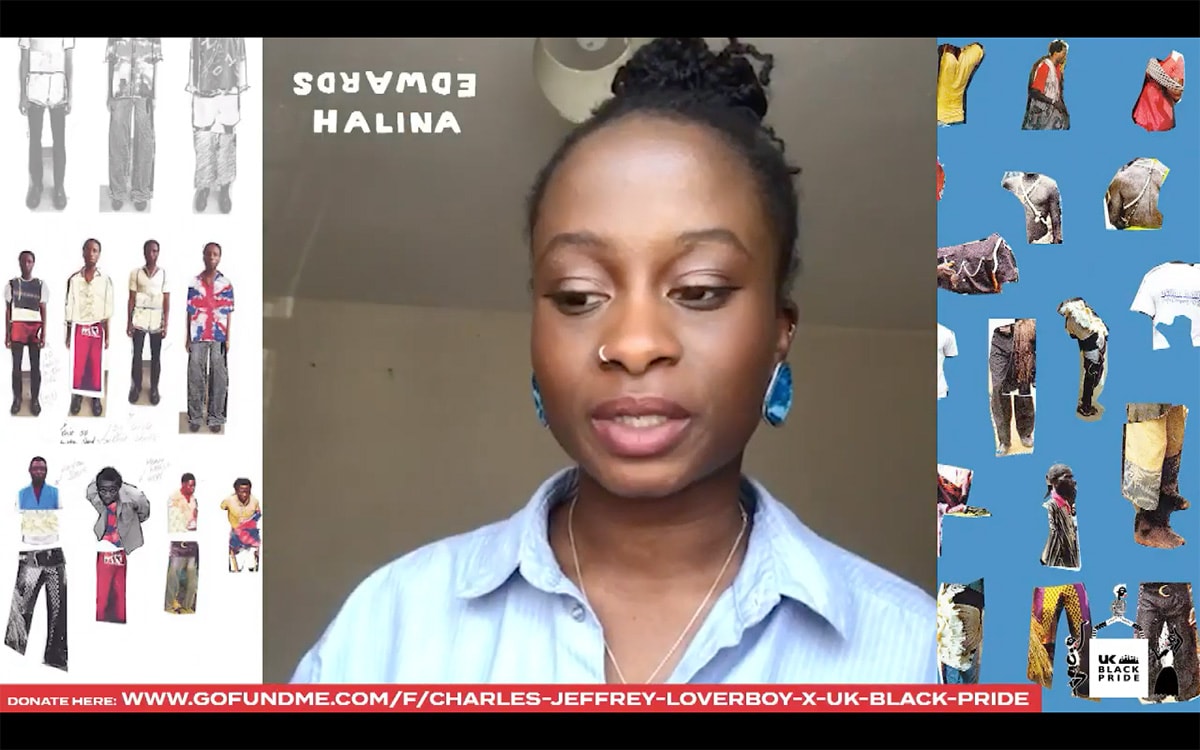 Audiences were also presented with a simple request - that if they learnt something, felt something, or took anything from the event to donate whatever they were able to Loverboy’s fundraising effort for UK Black Pride, which is Europe’s largest celebration for LGBTQ people of African, Asian, Caribbean, Middle Eastern and Latin American descent and provides a safe space to celebrate diverse sexualities, gender identities, cultures, gender expressions and backgrounds.

The talent showcase was featured alongside the launch of Charles Jeffrey Loverboy’s new 20-piece capsule unisex collection entitled (Self)Portrait of a Loverboy is comprised of graphic jersey, knitwear and accessories. 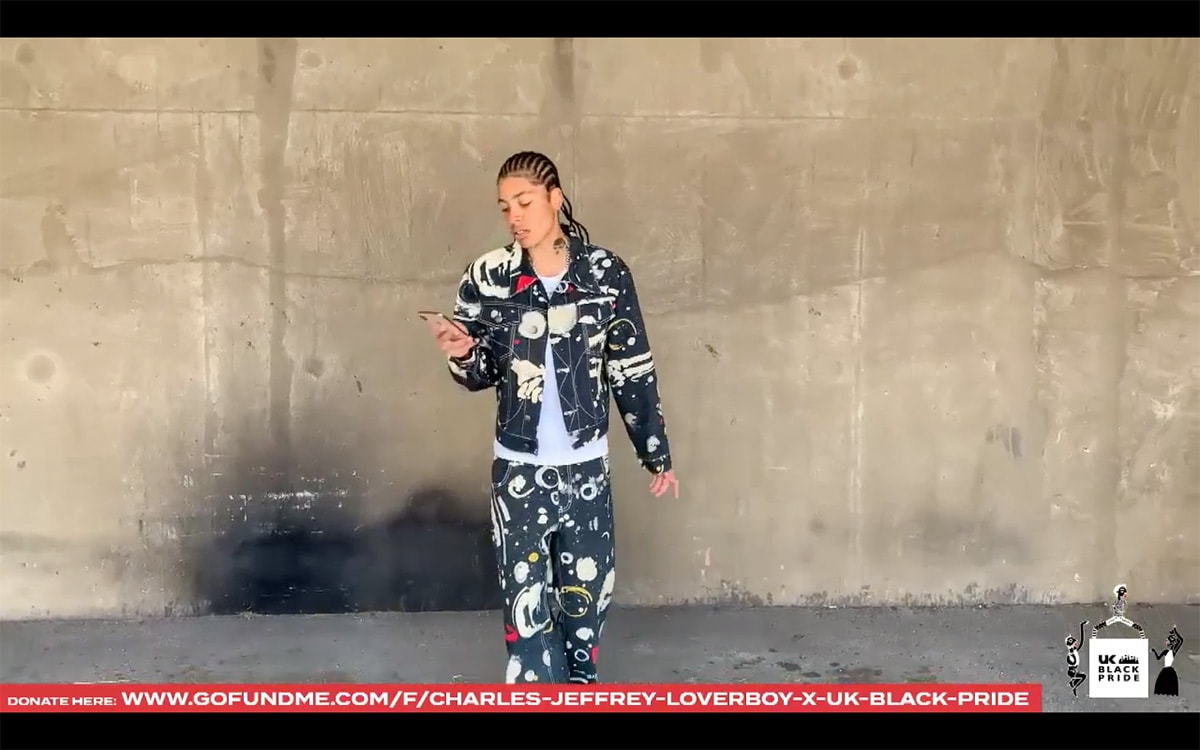 The collection will be sold globally in December 2020, and proceeds will be donated to the Kaleidoscope Trust, which works to uphold the human rights of LGBT+ people in countries around the world where they are discriminated against or marginalised due to their sexual orientation, gender identity and/or gender expression.