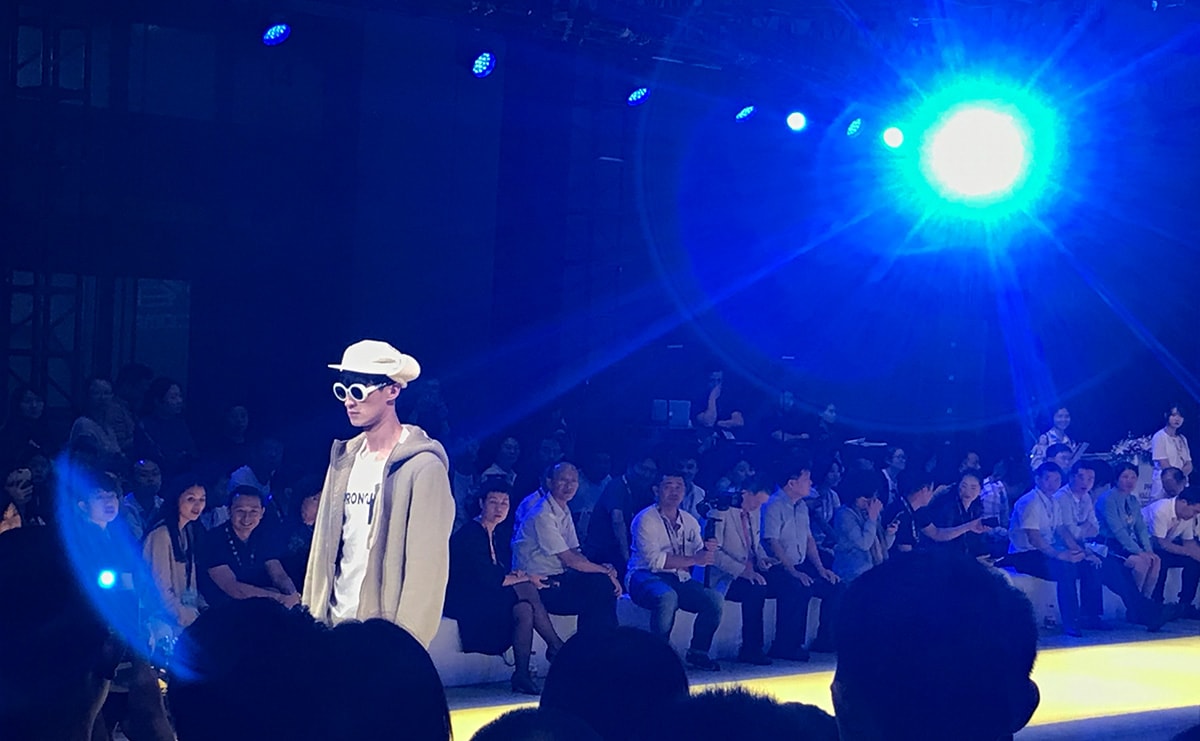 Chinese apparel manufacturers are turning into fashion labels, feverishly working on their original designs. At the same time, a slowdown in growth in the world's second largest retail market makes international expansion increasingly likely to pay off. So what would a Chinese brand with global appeal look like?

“Let’s speak about Chinese fashion this time.” The video trailer of the newly-established contest by Chinese sportswear behemoth Li-Ning ponders a question that many inside and outside of China have been asking for a while. “Will it look like this or that?” The video then flicks through a variety of pictures from a historical Chinese period drama as well as group pictures of women in traditional red qipao dresses.

Just ahead of the 70th anniversary of the People’s Republic of China, the first edition of the sportswear competition backed by the country’s textile industry associations featured the theme “The awakening of the Chinese style”. Designers have until the end of the year to submit their take on “Guo Chao” - roughly translated as a style or trend representing China.

Note: The video is in Chinese.

The launch of the Li-Ning Cup took place at the National Exhibition and Convention Center in Shanghai- also home to the fashion fair Chic. The fair, established in 1993 and one of the most long-standing and largest Chinese apparel shows, recorded an increasing number of exhibitors from 25 to 27 September as the country’s garment manufacturers seek buyers amid a backdrop of slowing growth in the country’s fashion retail market.

The biggest challenge in a hundred years

Between January and July, the growth of fashion retail sales slowed to 2.6 percent, down from 6 percent in the same period a year ago, according to Chen Dapeng, president of China’s National Garment Association.

The slowdown of the fashion market is a result of the slowing economic growth in China that continues to weigh on consumer spending. Consumer behavior in China is also changing – a shift that textile producers have to face as they shift from manufacturing apparel for foreign companies to building their own brands.

“It’s a challenge that we haven’t encountered in a hundred years,” Chen said at a press briefing on 26 September in Shanghai. “Nobody is prepared in the face of an era of such a tremendous shift, the question is how to use the new technologies, concepts, and methods to adapt to the change.”

The automation of production and use of artificial intelligence to target consumers will help producers to adapt, while the country’s mainly small and medium-sized garment producers also need to enhance design, branding and demonstrate that they‘re acting in a socially responsible way. The focus on quality will be key for the future.

“Many large Chinese companies have been at the forefront of innovation but the fashion industry consists primarily of many small and medium-sized enterprises,” said Chen. “It doesn’t suffice when only a few trees have grown tall; we need trees, bushes, and grass for a healthy business ecosystem.”

Chinese designer on the rise

The family-run business of Mona Wan has been making apparel for almost two decades and recently moved from Hangzhou to Shanghai to push its new brand “Zhiqian” (which in English means “Before”). The brand fuses oriental style with nostalgic European references. A flagship store at Shanghai’s fashion hub Xintiandi will follow later this year to establish the brand as a designer label for a younger consumer group of 25 to 40-year-old women, Wan said at Chic in Shanghai.

Her company, Hangzhou ChuZao Fashion Group Ltd – which also makes apparel for other companies – launched Zhiqian after sales at the heritage brand with an older customer base started to decline. In conversation, Wan also showed curiosity towards her new brand’s potential in Europe as she mentioned a similarity in style to Uma Wang. Wang established her eponymous high fashion label in 2009 and is currently showing at Paris Fashion Week, having gained international recognition as one of the first Chinese designers.

Uma Wang is just one of the emerging labels with a Chinese background and international appeal that are increasingly showing at international fashion weeks. The spring/summer 2020 season saw Chinese designers and brands returning to New York and conquering Milan runways as e-commerce giant Alibaba fueled the youthful street style of Peacebird and subversive lolita gowns of Shushu/Tong with sales insights from customer data.

Read more: Shanghai Fashion Week: A homecoming for designers redefining “Made in China”

The continued push for a new “Made in China” also comes as manufacturing shifts abroad with rising labor costs and as suppliers seek to capture more value along the supply chain.

“Just to be the labor component is depreciating, every season buyers demand discounts and after years of doing this, there comes a point when every low hanging fruit has been picked,” Edwin Keh, chief executive officer of Hong Kong Research Institute of Textiles and Apparel, said in Shanghai. “Moving up the supply chain to become importers, provide more services and finally brand owners seem to be a natural progression.“

Around half of the exhibitors at the September edition of Chic are working on their own label, in March this number stands traditionally even higher at 80 percent. Most companies still rely on producing for others while building their own brands, but companies which are exclusively selling their own designs are emerging quickly.

Guangzhou-based Mao Mart Homme is one of these so-called designer brands, which is already showing its 10th collection at Chic. The minimalistic designs of the label are inspired by the shapes of traditional Chinese clothing which tend to be straighter than European garments which are more tailored to the shape of the body, said founder and designer Mao Nen. Her brand is already being sold in more than 200 stores in China.

Feng San San is another designer showing his collections at Chic who is drawing inspiration from traditional Chinese culture. After the initial success of his couture creations embellished with folkloristic elements from Tibet or the Peking Opera, Feng is targeting the mainstream market now. He plans to sell his commercial collection online from next year, hoping to appeal to customers from 18 to 35 years with a modern take on traditions.

“In daily life, clothes with traditional elements are not worn as much yet,” Fen San San said in Shanghai. “But if I can create a feeling with my designs that resonates with people, they’ll buy because they like it.”

Despite the renewed interest in traditional clothing as embodied by the Hanfu-movement, it still remains to be seen whether young consumers will buy into distinct “Chinese” designs. Millenials in China, like elsewhere, are drawn to hyped streetwear brands such as Supreme and international fast-fashion retailers like Zara and Uniqlo.

When facing fierce competition in the fashion market, being able to build a brand remains key to success whether at home or abroad. In September, Shanghai-based brand Icicle opened its first flagship store outside China in Paris. The company also acquired French fashion house Carven in October last year. Bosideng, one of China’s most well-known down outerwear brands with more than 7,000 monobrand stores in China, closed its store in London in 2017 only to reopen it a year later. The brand is expanding in Europe via its Italian subsidiary and is being sold at 550 multi-brand stores from Italy to Russia.

One of the most crucial questions for the future of the Chinese fashion industry remains as to whether its companies will succeed in establishing their brands with global consumers. This will, in return, also help to elevate their brand image at home.

“How can a brand be developed? It’s an accumulation. The product must be well-made and from here on a brand can be built up. Then we can speak about such things as taste or artisanship,” said Chen Dapeng.

For now, the trend of acquiring international brands to enter broader markets and learn about the soft skills needed to woo consumers still remains – at least for conglomerates with deep pockets. The past years have seen the acquisition of Parisian fashion house Lanvin and Austrian hosiery maker Wolford by Fosun, while Shandong Ruyi bought Bally and Aquascutum.

Acquisitions will remain a way to learn and get involved, it’s sensible to expect a Chinese brand with international clout to emerge within the next ten years, said Keh. The same might be true about a new ‘Made in China’ style. After flipping through runway pictures, photos of typical Chinese streets and a coat printed with the package design of an iconic coconut drink, the trailer of the first Li-Ning fashion contest concludes:

“A trend won’t be achieved overnight but, hey, we’ve started! One day, there won’t be a Chinese fashion trend anymore, just a trending style. And everyone worldwide will know about it, because you’re really on-trend.”

Fashion Show at the launch of Li-Ning Cup | FashionUnited