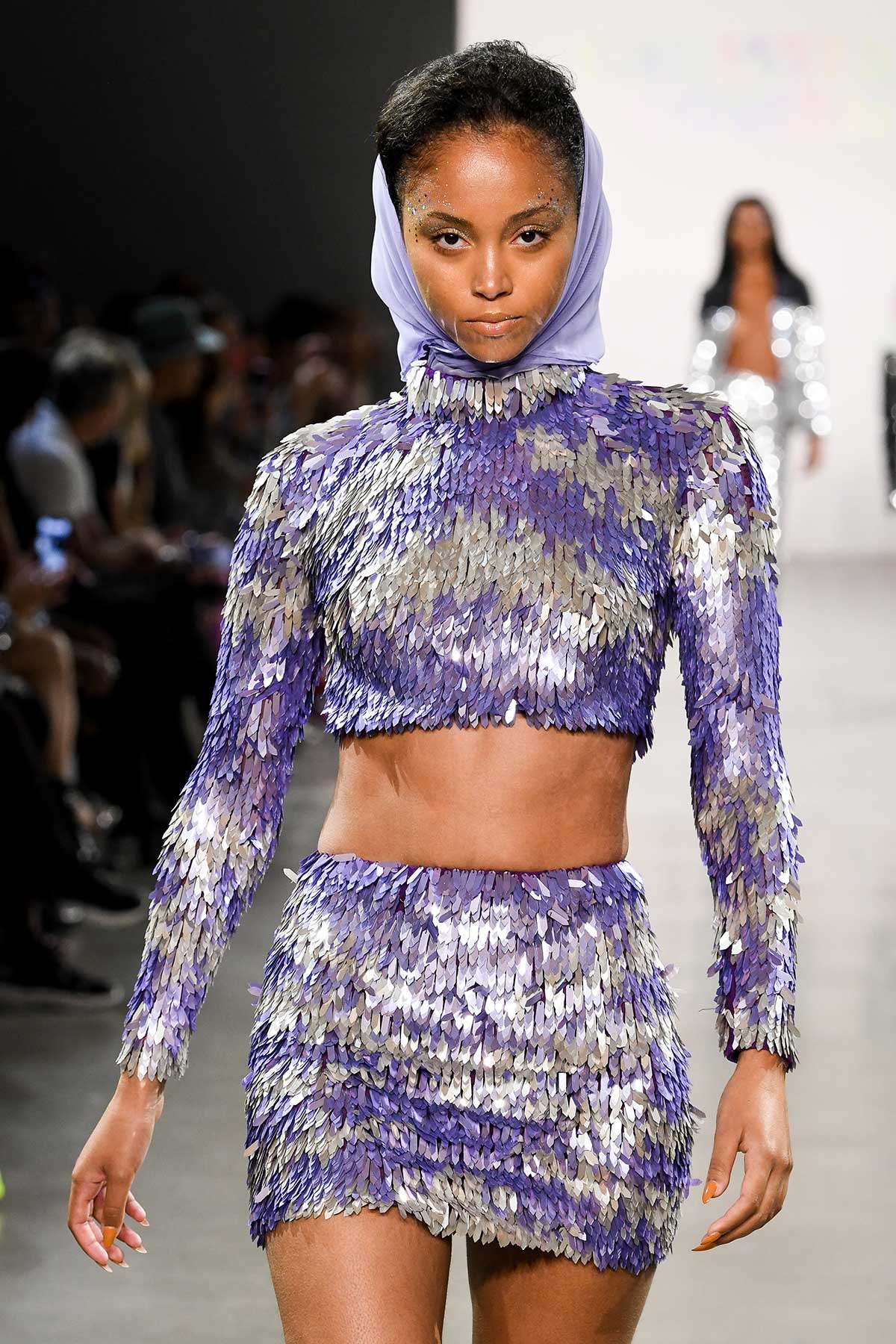 True to the designer's signature aesthetic, Cowan's Spring/Summer 2020 runway showcased an array of dresses, jackets, skirts, tops and trousers in a palette of bright pink, red black and tie-dye, with metallics and textures like feathers and sequins. 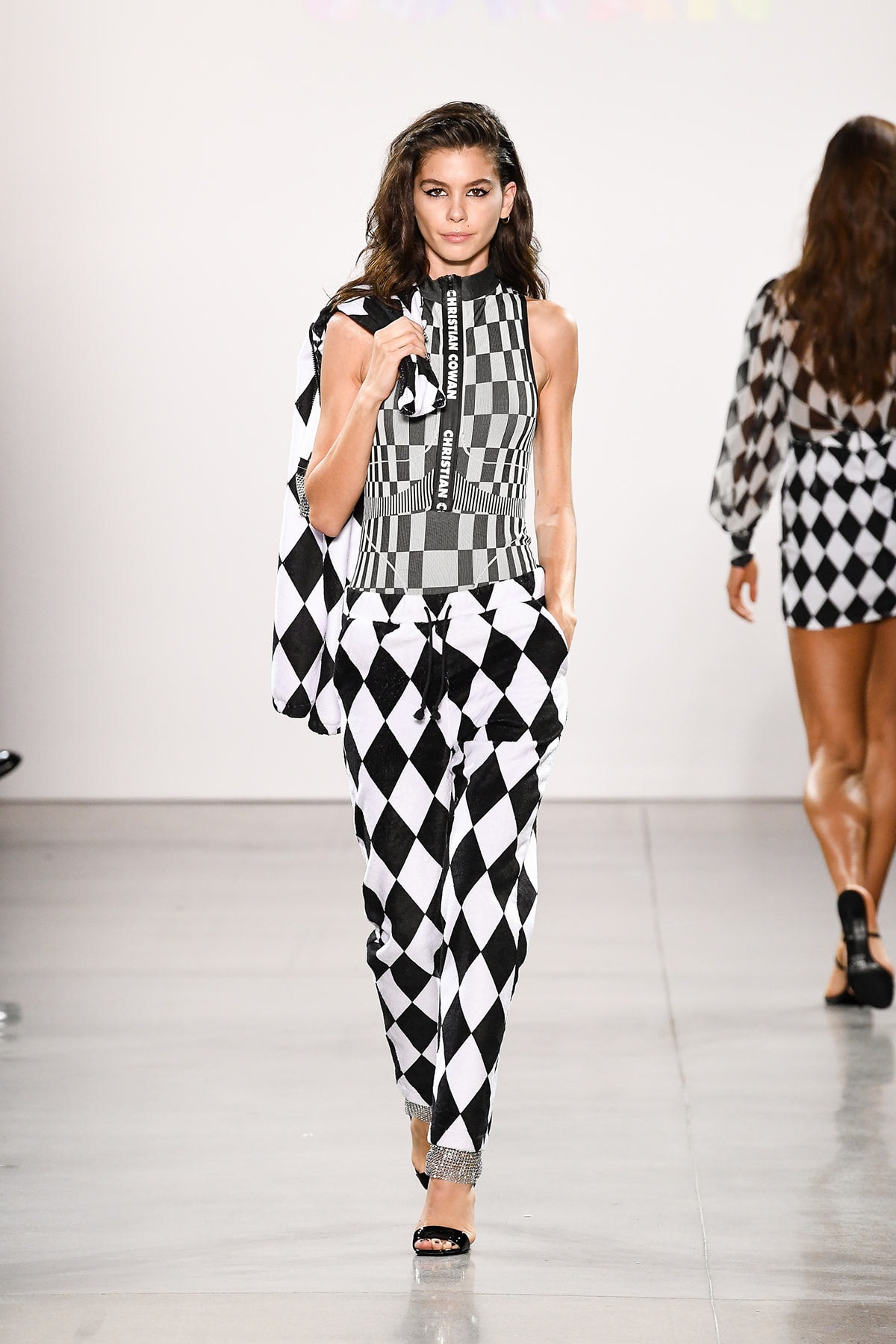 Pieces from Cowan's Asos collaboration were shown throughout five different runway looks - a crop top and skirt combo, a dress, a top and trousers combo, a jumpsuit and a bodysuit paired under a jacket. Most of the pieces feature a black and white check pattern, which is a common pattern throughout the designer's body of work.

The Christian Cowan x Asos Design collaboration features over 35 pieces of womenswear and unisex clothing, as well as accessories and shoes. Through the capsule, Cowan lends Asos his recognizable style, which has become popular among celebrities including Cardi B, Kylie Jenner and Lady Gaga. 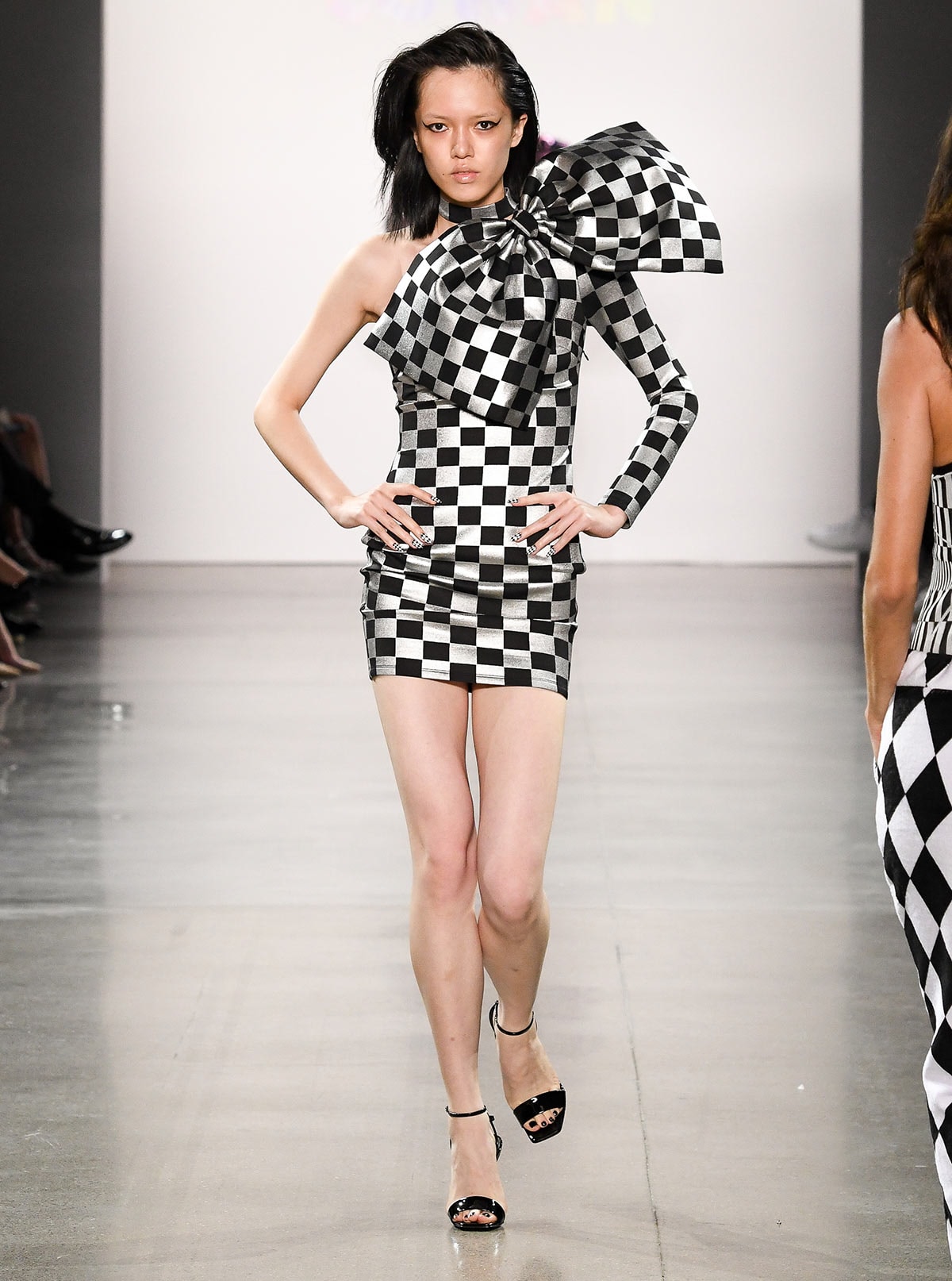 Christian Cowan x Asos Design is the latest of many collaborations

Collaborative work is an essential part of Cowan's design style. Previously, the London College of Fashion graduate has released collaborations with diverse partners from the Powerpuff Girls to Giuseppe Zanotti. In fact, the designer also debuted his first jewelry collaboration alongside his Spring/Summer 2020 collection; Cowan teamed with jewelry designer Eli Halili for a capsule of a bracelet, hoop earrings and a necklace, each in 22 karat gold. 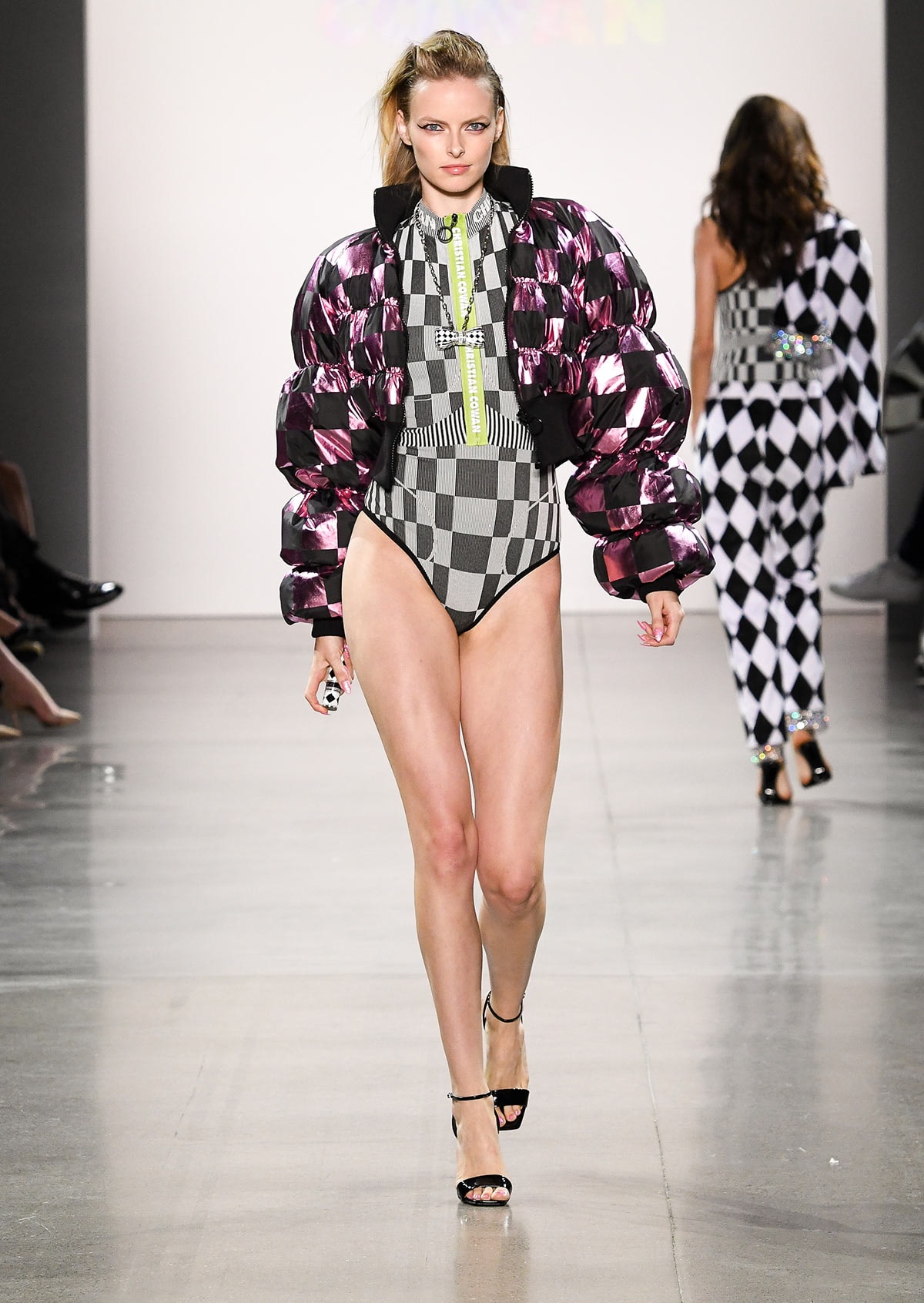 Despite his background in collaboration, the Christian Cowan x Asos Design capsule will be the designer's first on this scale. It will bring his characteristic design is to an accessible price point, which Cowan had previously mentioned is important to him. 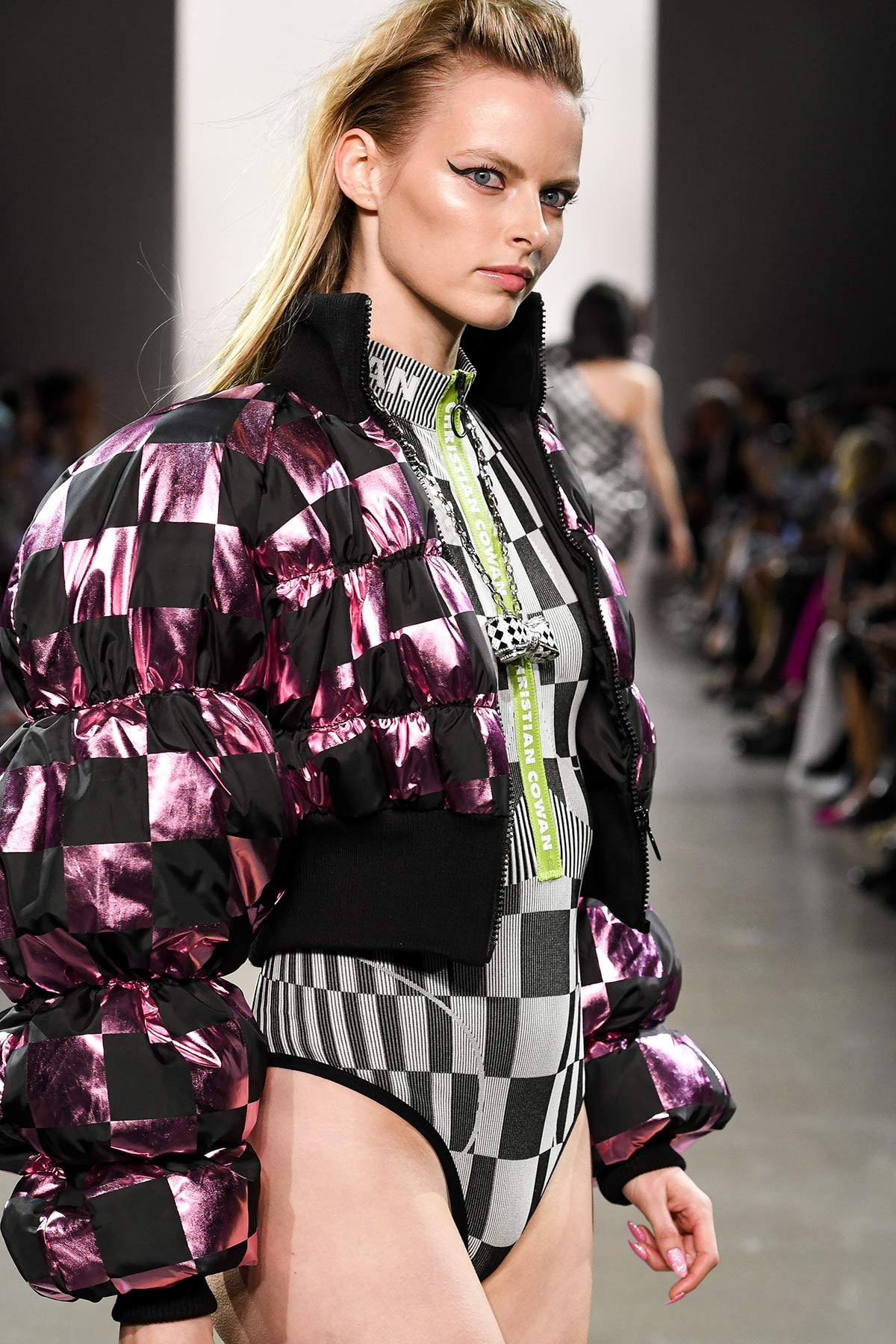 Ahead of last year's Spring/Summer 2019 runway show, Cowan told FashionUnited that he was pleased to have created a blend between a luxury and diffusion line because he not only wanted to dress musicians, but also the fans of those musicians. "The consumers who shop diffusion lines are the people who I really want to dress,” he said at the time.

The Asos collaboration will release in October 2019, allowing Cowan to dress all the consumers he hopes to reach.