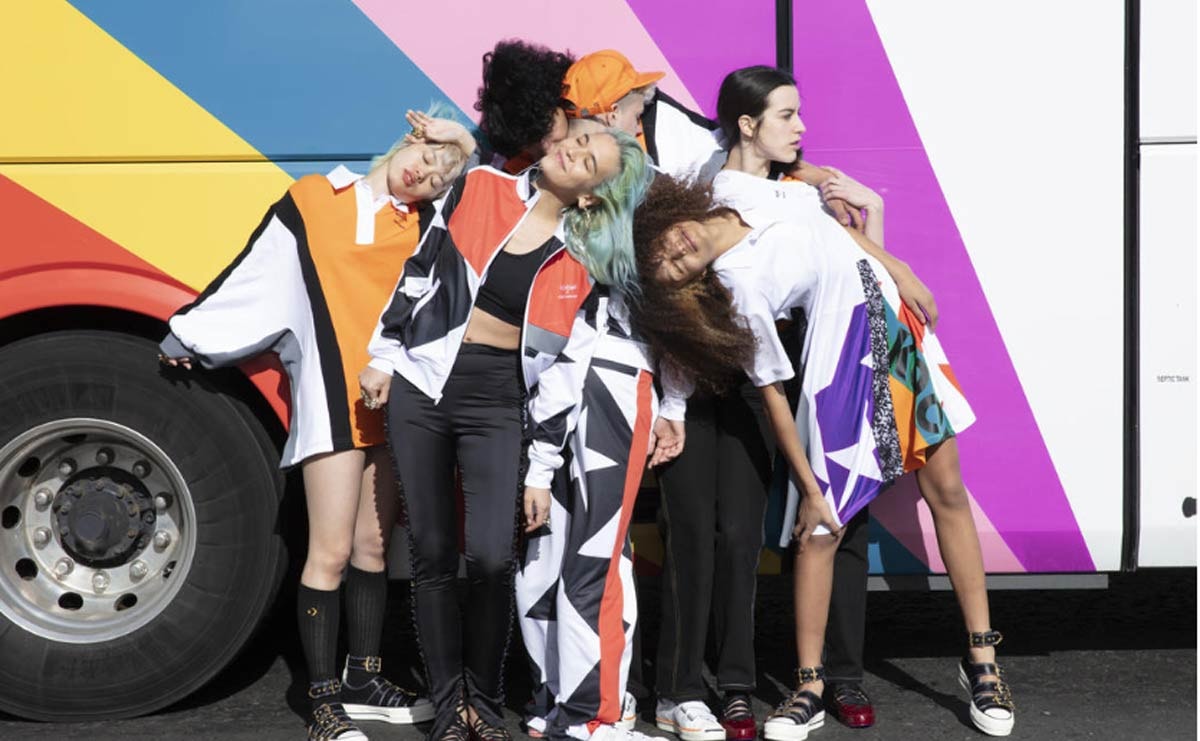 Founded by Christielle Kocher in Paris in 2015, Koché is a brand looking to unite couture know-how, streetwear attitude and youth culture. The label was one of the finalists of the LVMH Prize in 2016. For Converse, Kocher added patchwork to classic sportswear silhouettes such as the polo shirt and the track pant. She also designed three shoes for the collection. 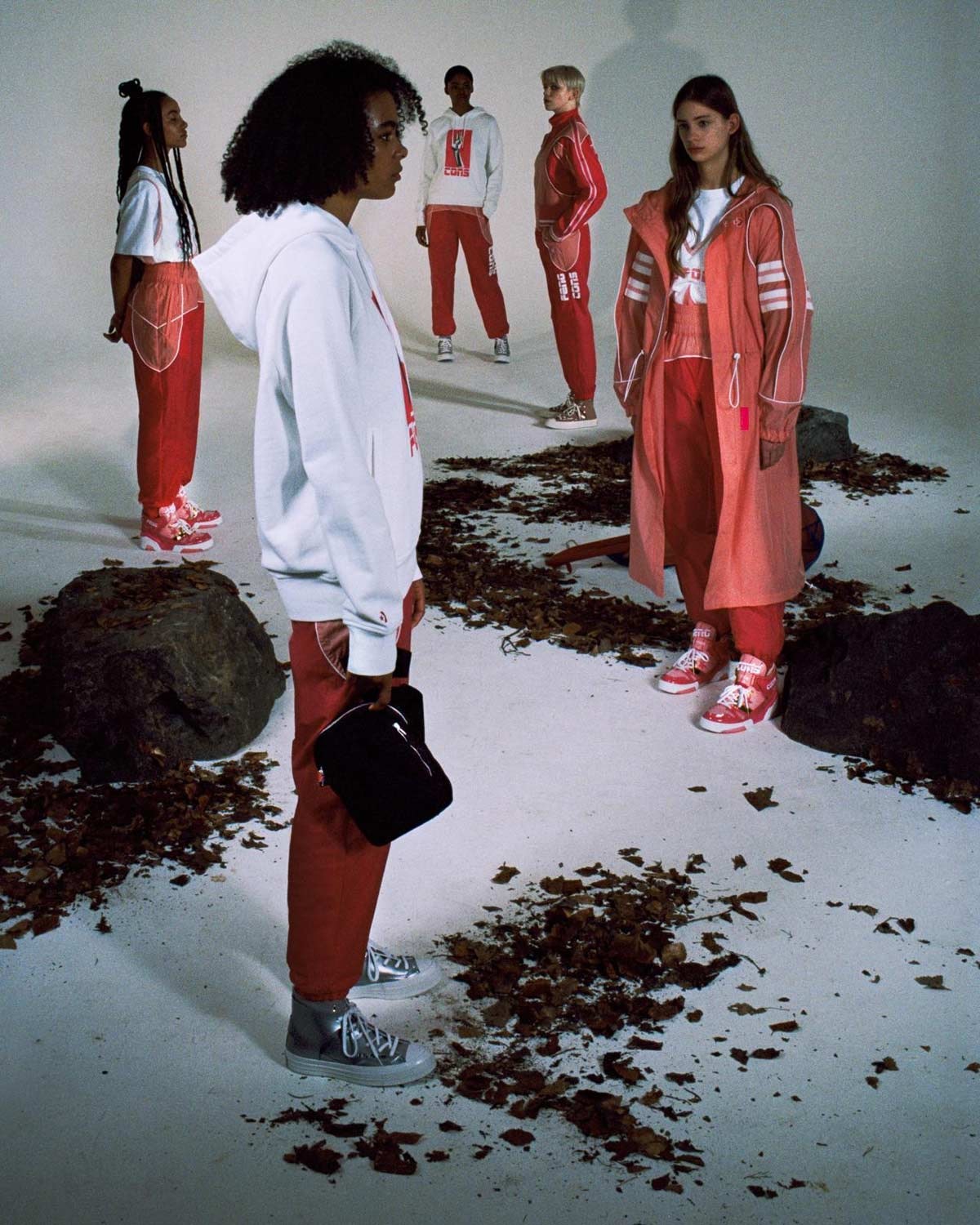 Chinese-born, London-based menswear designer Feng Chen Wang is also making headlines for her interesting take in streetwear. She graduated from London’s Royal College of Art in 2015 and was also nominated for a LVMH Prize in 2016. Her basketball-inspired collection for Converse is her first foray into womenswear. She also worked on two classic Converse shoes: the ERX 260 and the Chuck 70. 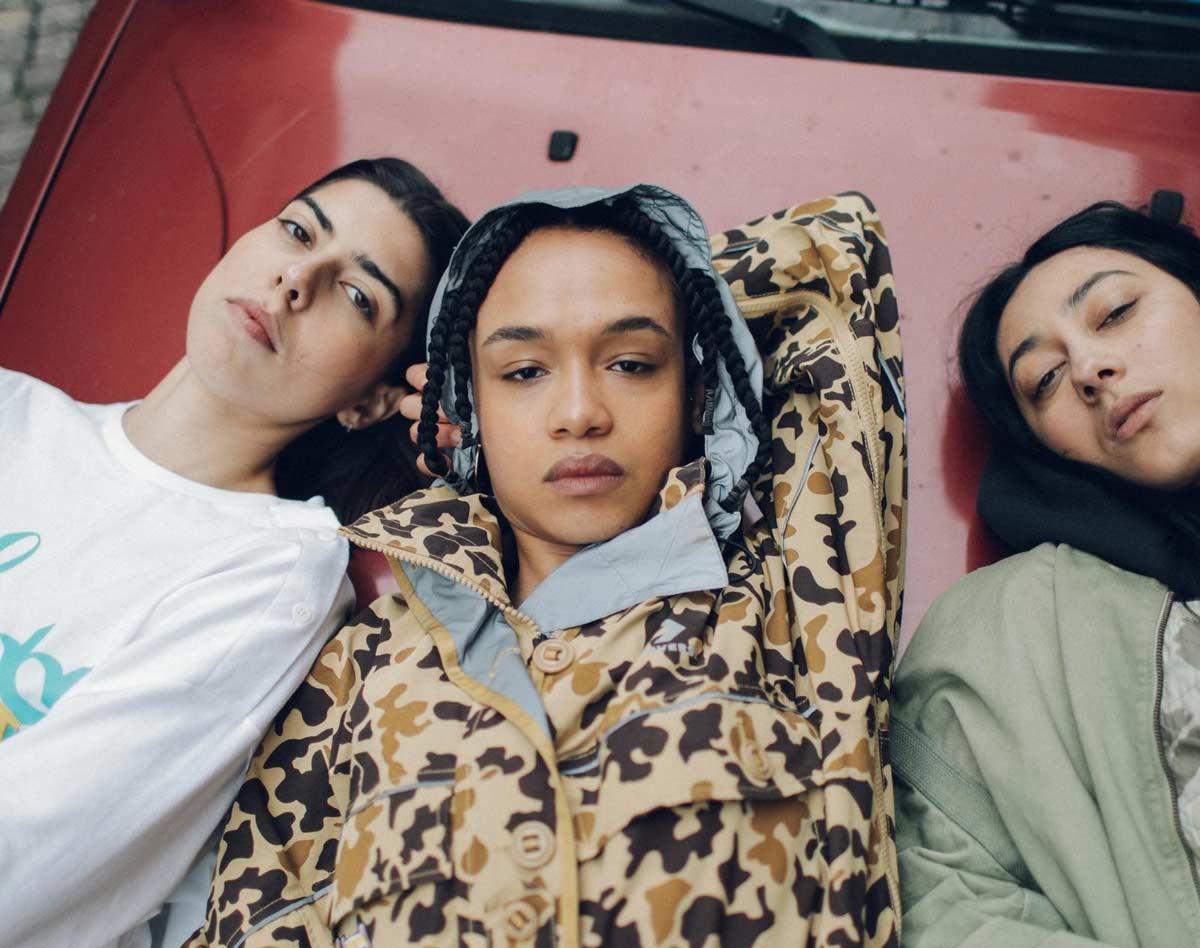 Faith Connexion is a Parisian label founded in 2002. It started as an anonymous fashion collective, serving as a laboratory for young talent, but since September 2018 it is helmed by Creative Director Nikola Vasari, who previously held senior design positions at Balmain and Saint Laurent. Faith Connexion’s pieces for Converse play with camouflage prints, referencing the brand’s outdoor and military heritage. The label also offered new takes to Converse’s Run Star, One Star Mid and One Star Ox shoes.

The collection will be available from April 26 at Converse.com. Prices were not yet disclosed.