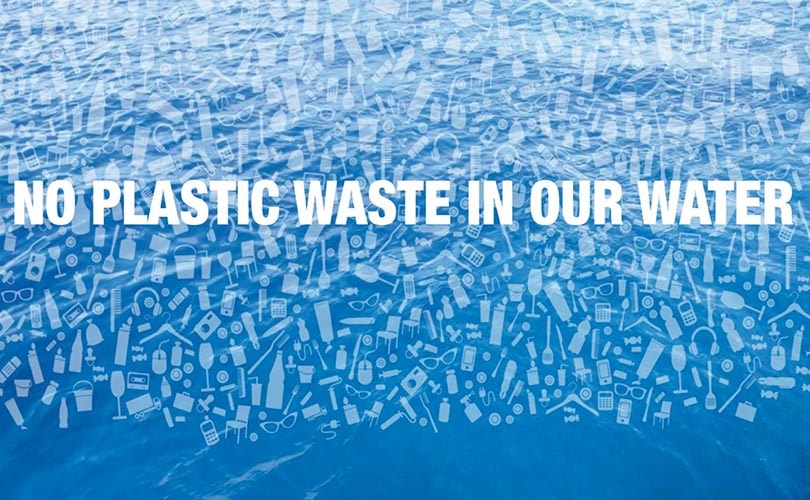 "Plastic is shit," stated Cyrill Gutsch, founder of Parley for the Oceans during breakout session 'Will Technology save Fashion?' at Copenhagen Fashion Summit. "The oceans are dying on our watch...You can blame everyone you want, but we need to change the material in the long run." By 2025, there will be 1 ton of plastic for every 3 tons of fish and by 2050, the weight of plastic will overtake the weight of fish - a deadly scenario in part caused by our clothing.

Materials, such as polyester and fleece, contains plastic microfibers which are shed with every wash, polluting the oceans. In order to find a solution to stop this source of plastic pollution, a global coalition has been founded by the Plastic Soup Foundation from Amsterdam, the Plastic Change from Copenhagen and Plastic Pollution Coalition from Los Angeles to launch the campaign around Ocean Clean Wash. During the Copenhagen Fashion Summit, the Danish Fashion Institute publicly joined the coalition.

"It's a great honor to have the Danish Fashion Institute aboard with what I hope will be the biggest alliance ever to stop a huge source of ocean pollution," says Maria Westerbos, founder of Ocean Clean Wash Campaign and director of the Plastic Soup Foundation. Research has shown that a single load of washing can shed up to twenty million microfibers."We must all come together to create methods and innovations to stop this as soon as we can," Westerbos continued. Since denim brand G-Star Raw signed the Ocean Clean Wash charter late last month, over 70 organizations, environmental leaders, and scientists have signed a Declaration of Support for the initiative.

Together, all the signatories of the initiative aim to contribute to the development of innovative solutions to stop the release of plastic fibres from garments in the future.