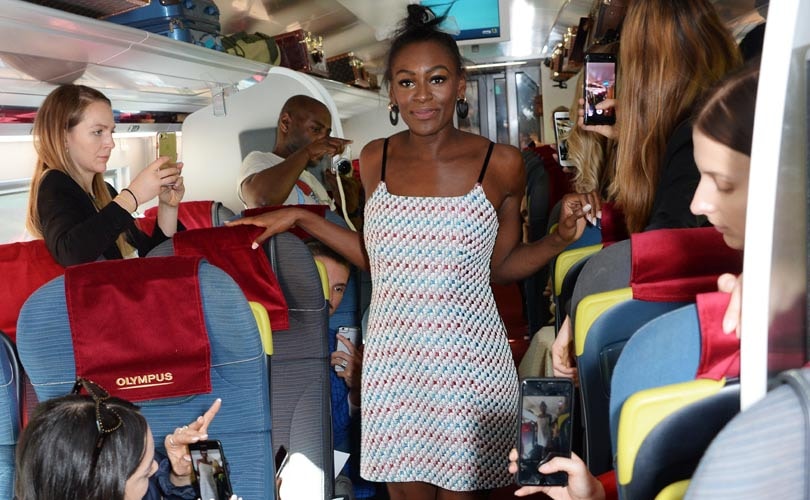 London-based womenswear label Deborah Lyons staged its debut catwalk collection aboard the Eurostar from London to Paris, featuring models wearing her spring/summer 2019 walking down the aisle of the moving train. 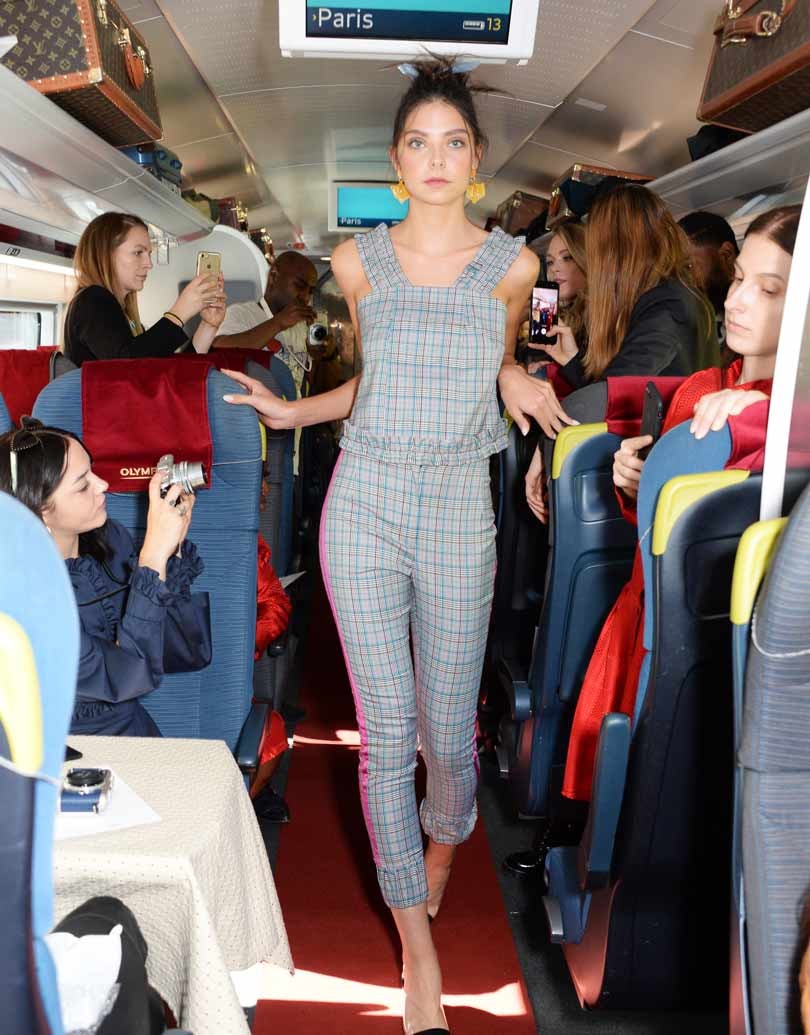 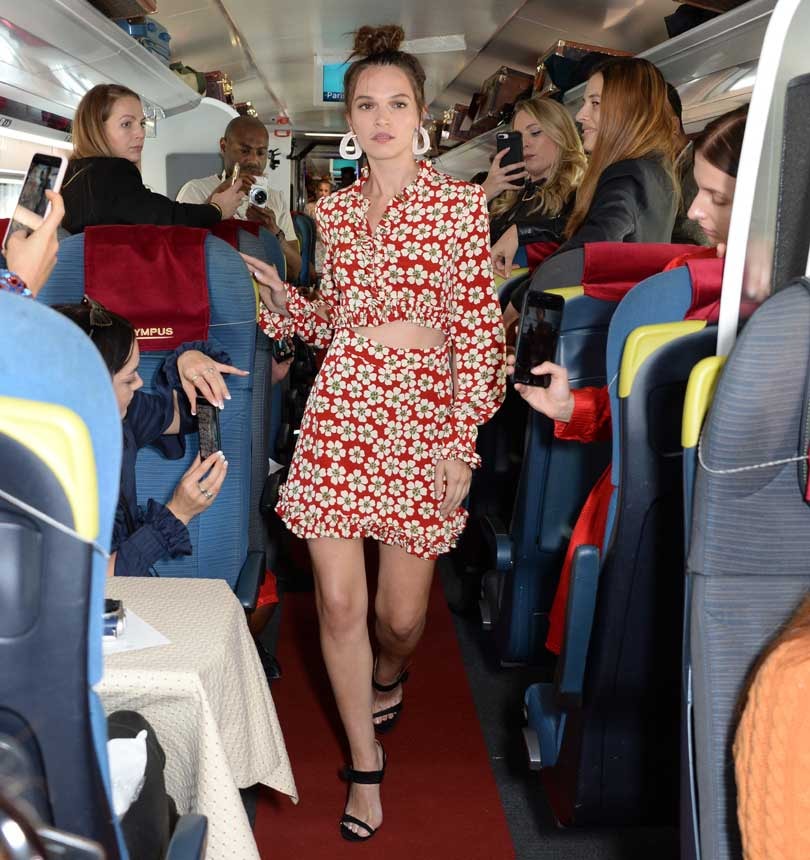 Lyons, who is best known for her feminine take on tailoring and matching sets for day-to-night wardrobe options for city dressing, drew inspiration from “Americana heritage from the vast mysterious West,” while inviting consumers “on a visit to an imaginary American high school in 1990s California, the influence of the era is displayed as a school uniform,” said the brand in its show notes about its collection of playful floral prints, feminine tailored separates and party-ready sequins. 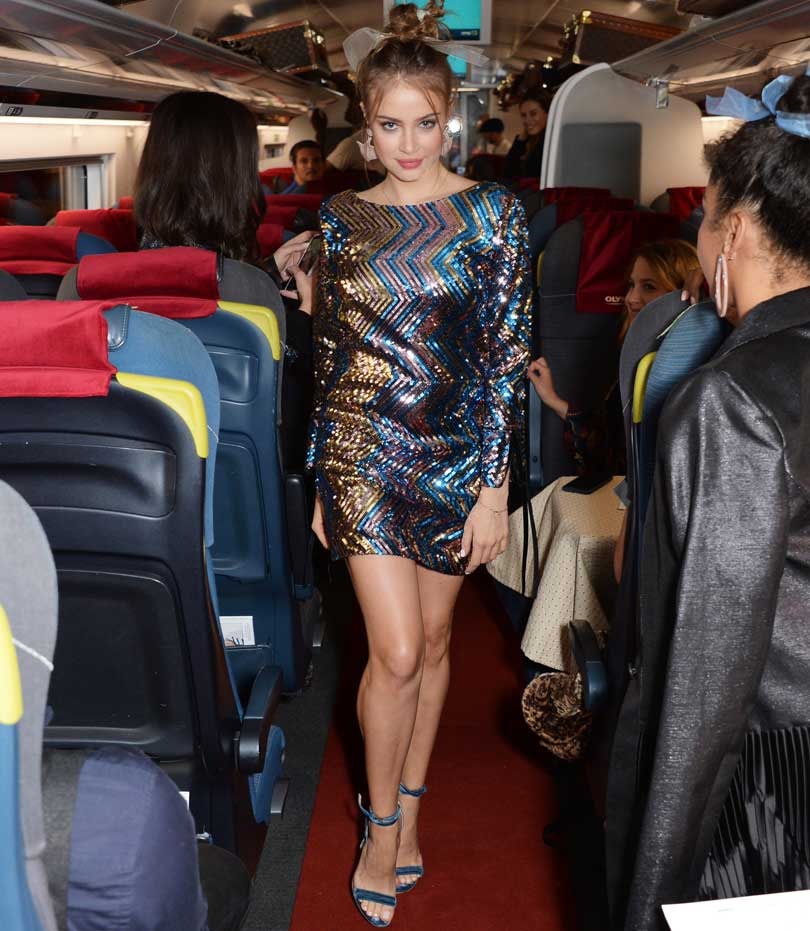 Whimsical florals, featuring a flora print sourced in Japan, was at the centre of the collection, with the floral print showcased on a range of jumpsuits, dresses and matching sets, with Lyons accentuating the femininity of a bold flower ruffle-shoulder top with matching ‘Coco’ wide leg trousers. The Japanese floral print can also be seen in the ‘Sloane’ dress as well in a softer, nude tone with gentle violet, red or yellow hues. 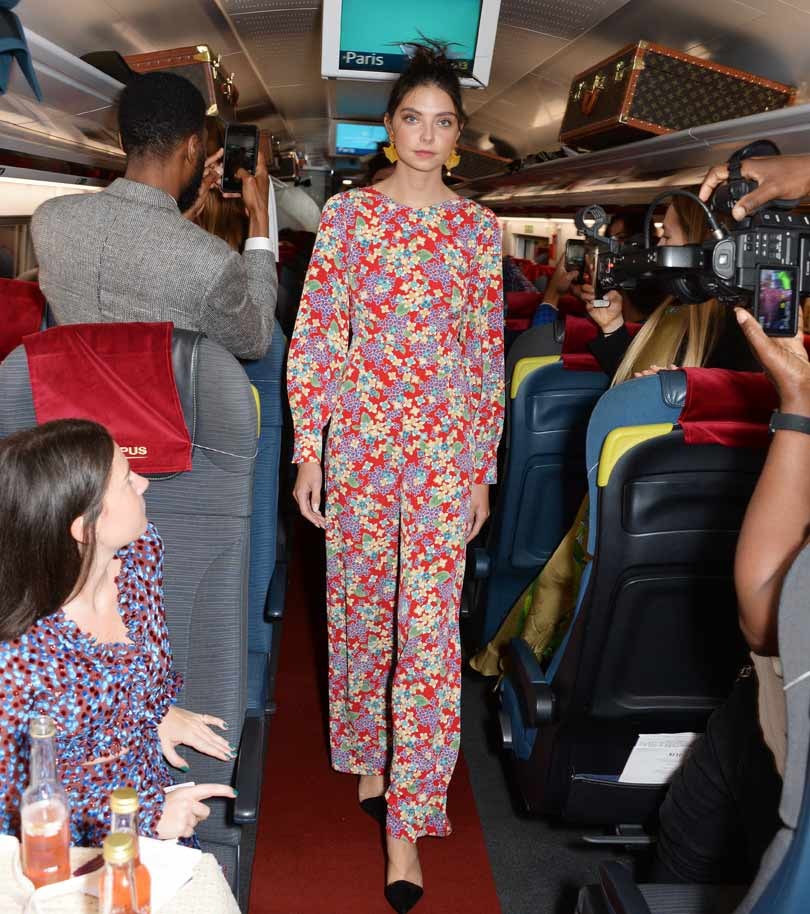 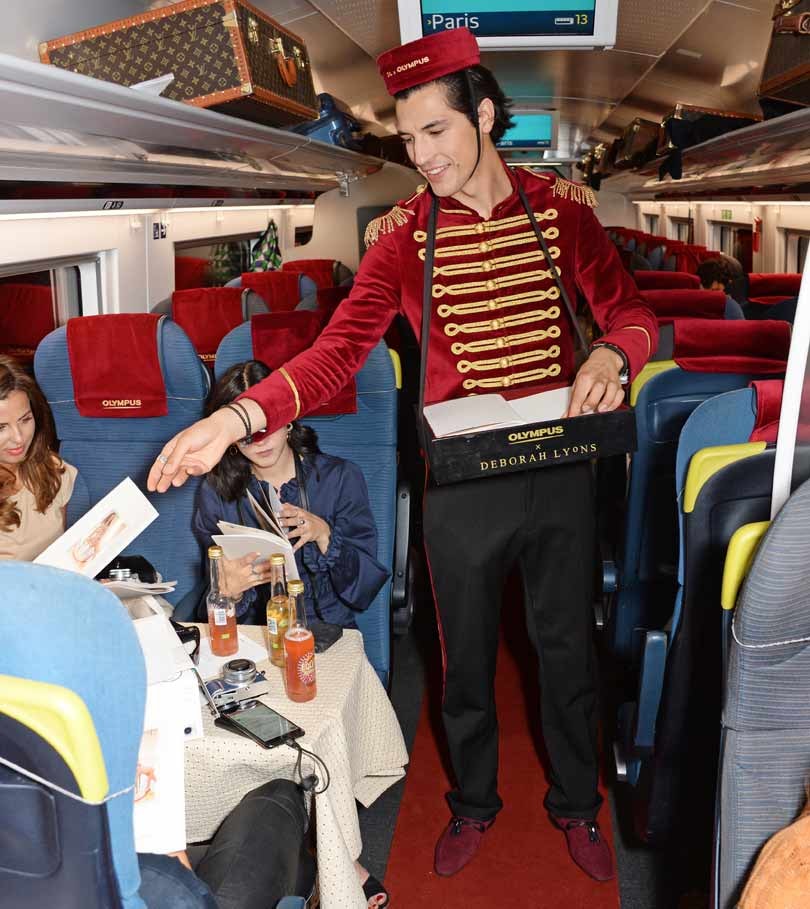 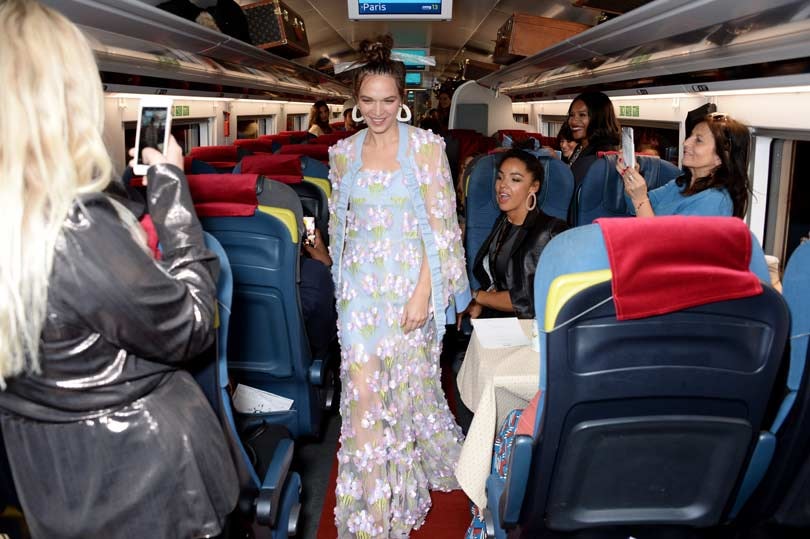 The final look was a voluminous ‘Tai’ dress with denim underlay acting as the “prom dress” to the spring/summer 2019 collection. 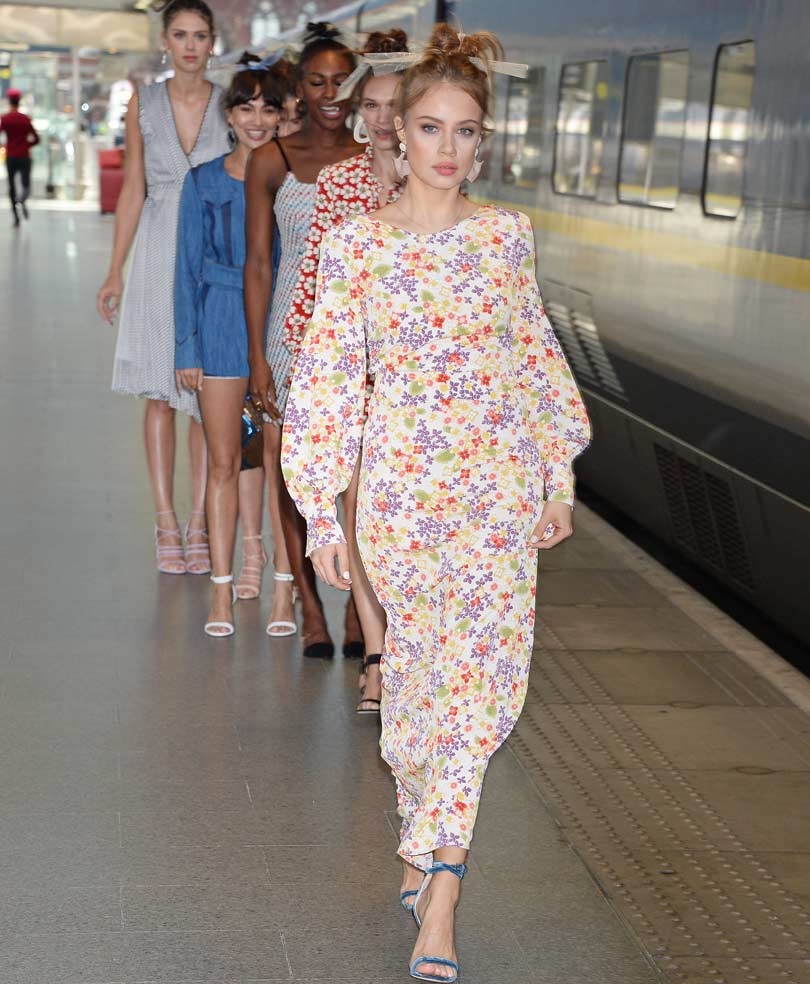 Following the showcase, the carriage filled with editors, buyers and influencers, were entertained by singer Shanay Holmes and enjoyed afternoon tea before arriving in Paris. 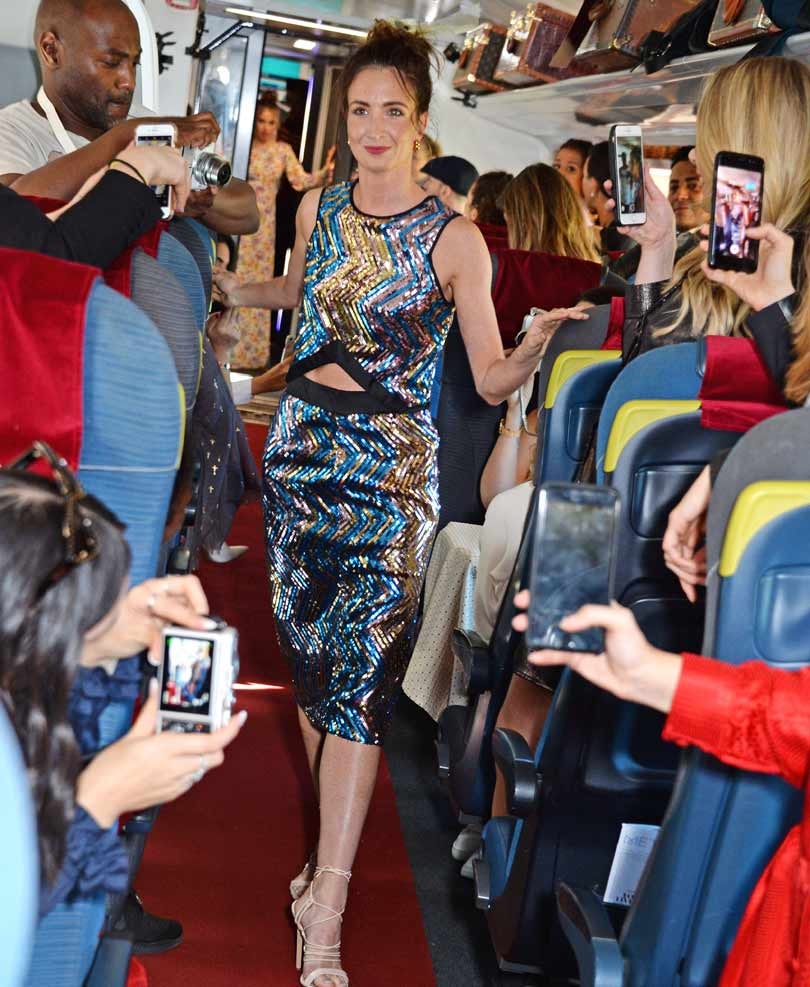 Deborah Lyons, a graduate from Parsons in New York, launched her eponymous label in late 2016 after partnering up with buyer and boutique owner Kamelia Kamel. The line, which is stocked in Harrods design studio, has quickly become known for delivering classic wardrobe staples, which the brand describes as pieces “designed for female leaders of tomorrow”. 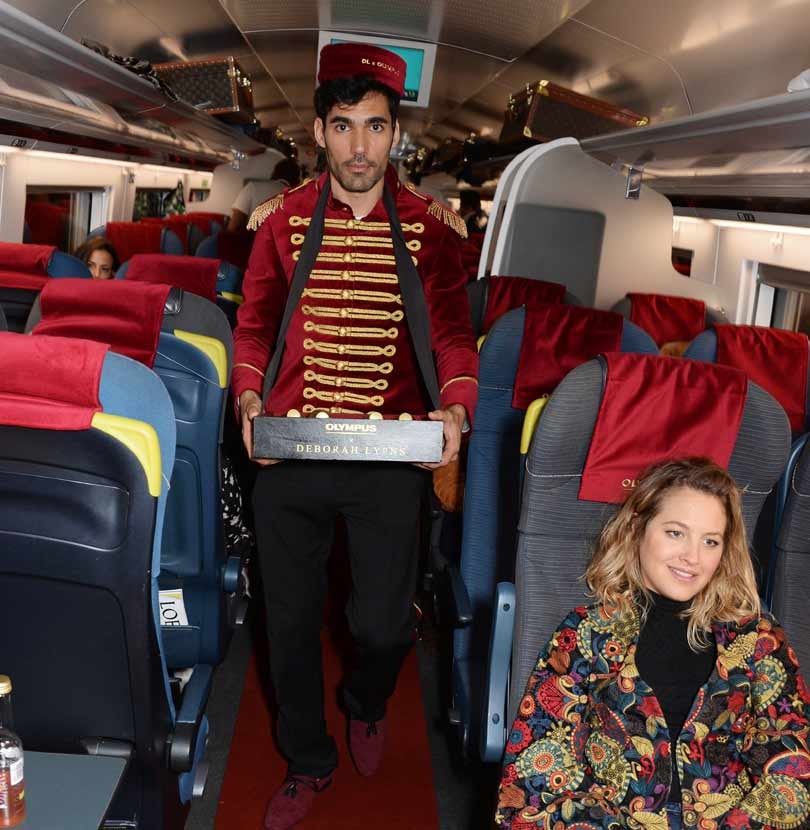 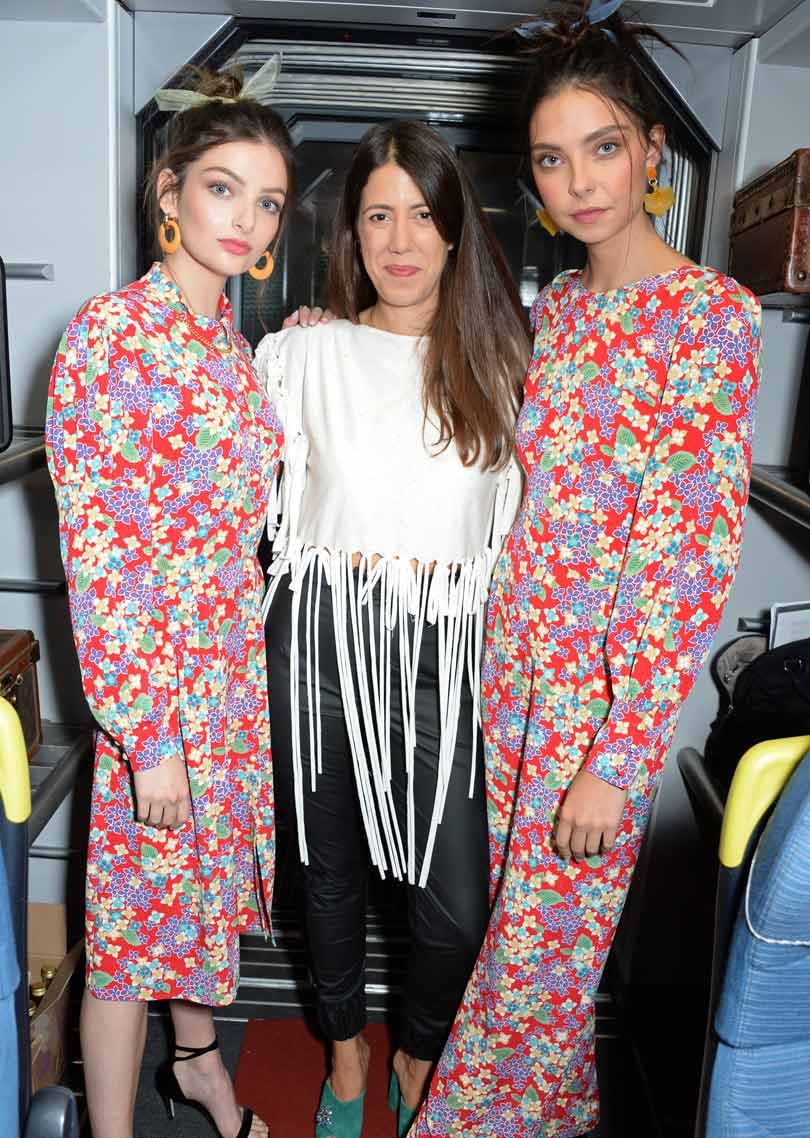